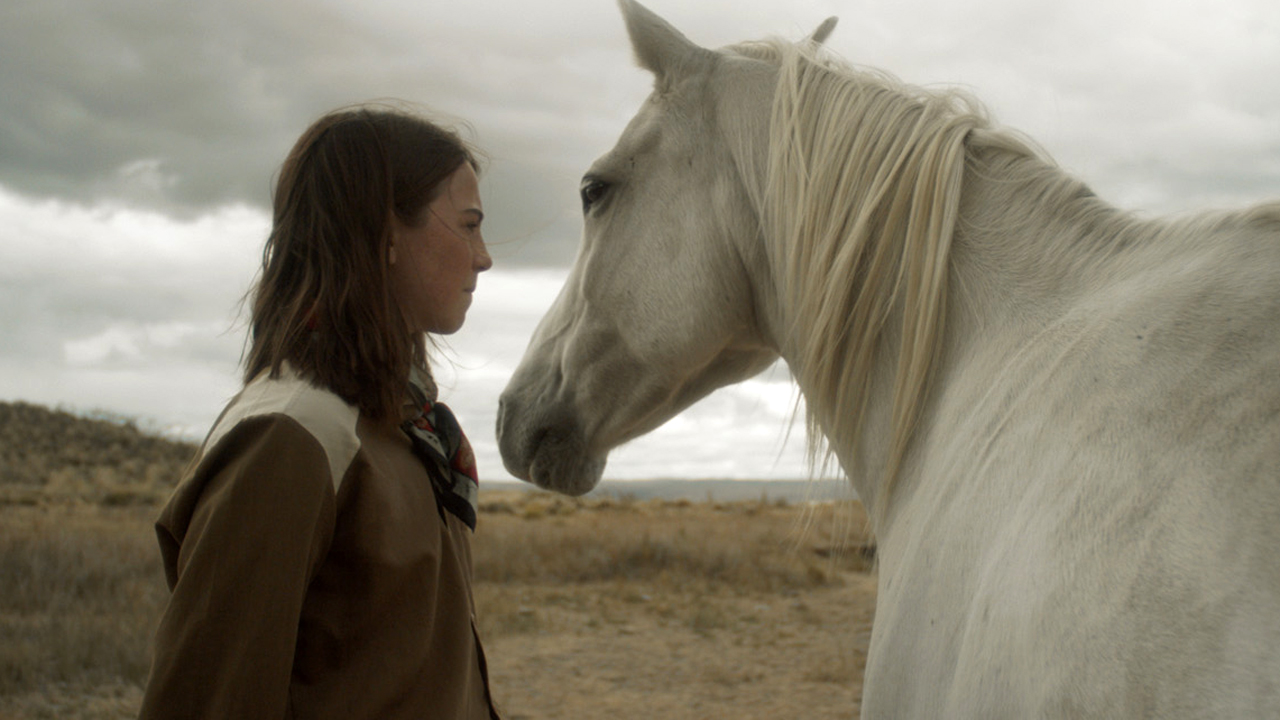 Sublime landscapes, Scope format… and a young heroine. With “Zahori”, Marí Alessandrini delivers a western deliberately outside the clichés of the genre. Meeting with the director.

AlloCiné: What is the genesis of Zahori ?

Mari Alessandrini : I went for the first time to the boarding school that we see in the film to perform a play for puppets, with the school troupe of which I was a member. At the time I was already practicing photography, I made my first black and white portraits of the children of this boarding school. This isolated school in the middle of the desert and these children who lived in a parallel reality so close to my home really impressed and questioned me. Since then, I continued to go there with my camera, to visit people, to visit other schools, to participate in their popular festivals, and to explore new possible routes. Around 22, I went to take pictures in the steppe and got lost. I had no more water, night was falling and it was very cold. I started to panic, then I saw a light in the distance. She came from the house of an old Mapuche. It was the first time I had met someone who lived like this, really alone in the middle of nowhere. He picked me up then on leaving he asked me to send him a message by national radio when I get home… I felt his loneliness and I imagined that he would probably die alone, anonymously. I then became interested in the elderly people of the steppe, in their feelings, in their relationship to death. This accumulation of experiences marked me deeply and the film project was born.

You choose to film in Scope, the Western format par excellence. Why this choice ?

It seems to me that the scope format offers the necessary place for the relationship of men to the landscape with a mythical dimension. The landscapes of the steppe are omnipresent in Zahori, always in relation to the characters, their living conditions or their emotions. Some live in harmony with this environment, others remain strangers to it like the missionaries, or in conflict like the parents. This intimate relationship with the steppe forges the bond that unites Mora and Nazareno. Indeed, scope is the core Western format that deals with the conquest of white male territory, usually through the extinction or subjugation of native peoples, the oppression of women, all accompanied by domestication, l slavery of horses. A genre that I therefore wanted to divert, diversify. Zahorí is a feminist western, not a colonialist one. Mora breaks free from social oppression and finds her own way through friendship with Nazareno.

In each shot, the beauty and harshness of the landscape shine through. Filming must have been an ordeal…

Shooting was a huge challenge, a test of endurance! The conditions were very harsh with the sun, the wind, the sand… The material which flies away and breaks. The steppe is quite poor in infrastructure, there are few roads. We had to cross rivers in 4x4s, driving at 30km/h for hours… So you have to love this kind of adventure! We shot in the middle of an economic crisis and every week the devaluation of the Argentinian peso meant that everything cost us more and more. Our budget no longer had the same value at the beginning and at the end of the shoot. We really had to go back to basics, work as naturally as possible, reduce the team, the equipment, minimize the movements and the number of shots.

How did you discover the young heroine of Zahori ?

We organized a casting in Patagonia through radio and social networks. I also traveled a lot to see different girls in the area, it lasted several months. I think I saw about sixty girls before choosing. Above all, I was looking for someone who feels a deep love for nature, with feminine and masculine characteristics, physically strong and who is also quite independent. Lara Tortosa who plays Mora had it all. She could spend the day with me in the steppe rehearsing scenes, climbing hills, playing with insects whenever possible!