Your “Vintage” Apple Products Could Net You Big Bucks On eBay

Everyone loves the idea of being able to make a quick buck, and if you can do it with something lying around your house being useless currently, so much the better.

This is the reason almost every person I know has a pile in their basement labeled “sell” or “garage sale” – we just can’t imagine that these once-loved objects belong in the trash or that someone else won’t find something to treasure. 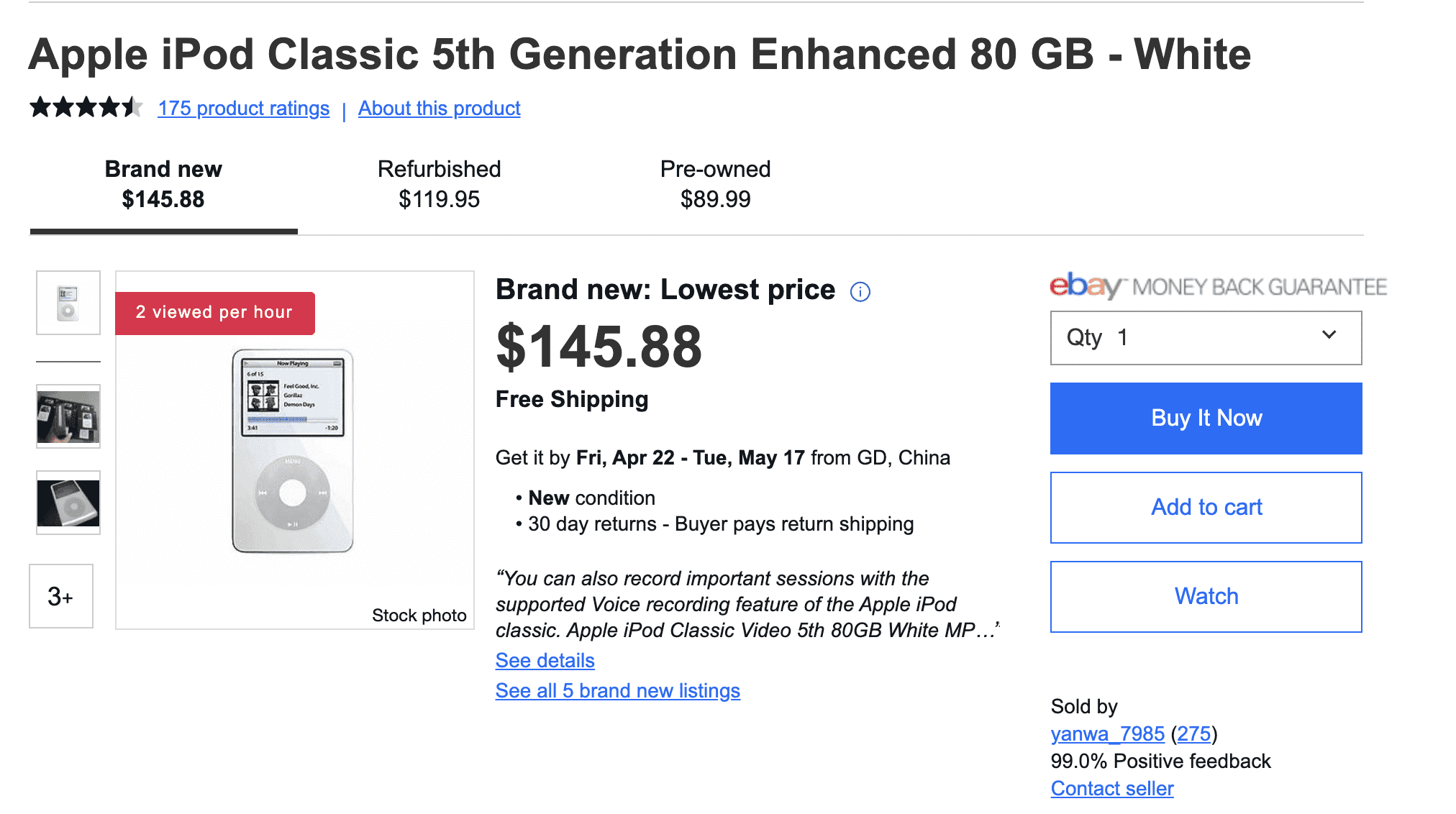 Well, if you’re one of those people who puts your old iPods, iPhones, iPads, et al lovingly back into their boxes when you upgrade, it might finally be time for you to cash in to the tune of anywhere from a few hundred bucks to tens of thousands of dollars.

In a move maybe we should have seen coming, iPods from the early 2000s are quickly becoming collectables that people will fork over major cash for online.

For instance, a factory-sealed third-generation iPod shuffle goes for around $1k, while a fifth-generation, white iPod classic might net you closer to $1400.

If you’ve got a silver, first-generation iPod mini you could be looking at $2500. 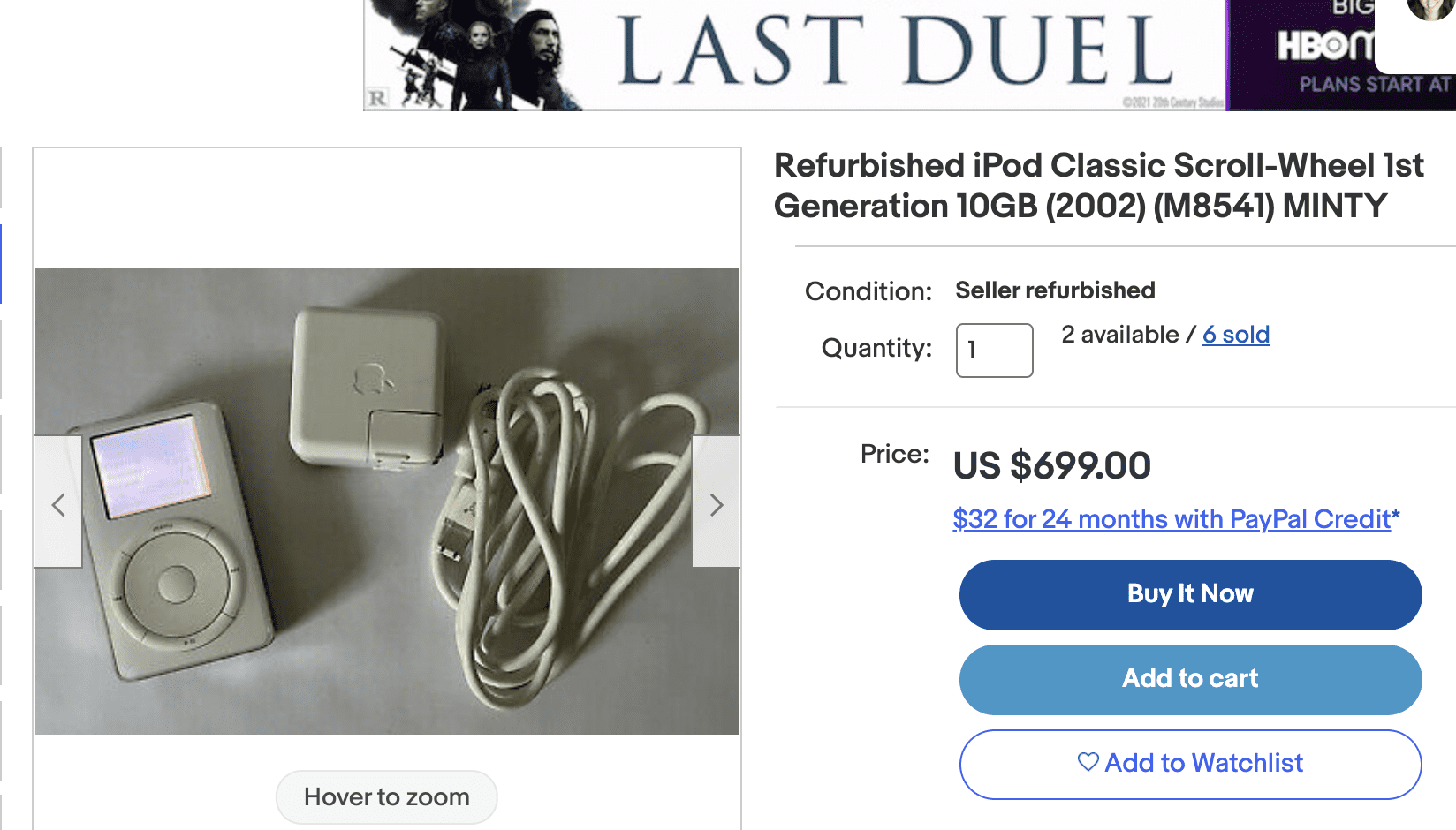 That’s honestly chump change, though, when it comes to anything that’s a special edition, limited release, and still in its original packaging the prices could edge up closer to $10k.

There are still other pieces that are considered actual collectors’ items – like a first or second generation iPod classic – that are listed for $10-$20k.

A recent study that tracks collectible pricing on eBay found that any Apple product in original packaging tracked up in value after the company discontinued their iPod back in 2014.

Other Apple products and memorabilia can fetch a decent sum, too, a fact that Los Angeles resident and stay-at-home dad Hermie Brieto found out when he sold a couple of Apple window displays for $2k apiece.

He sells other stuff on eBay, too, but says he’s finding a growing demand for Apple-related goods. 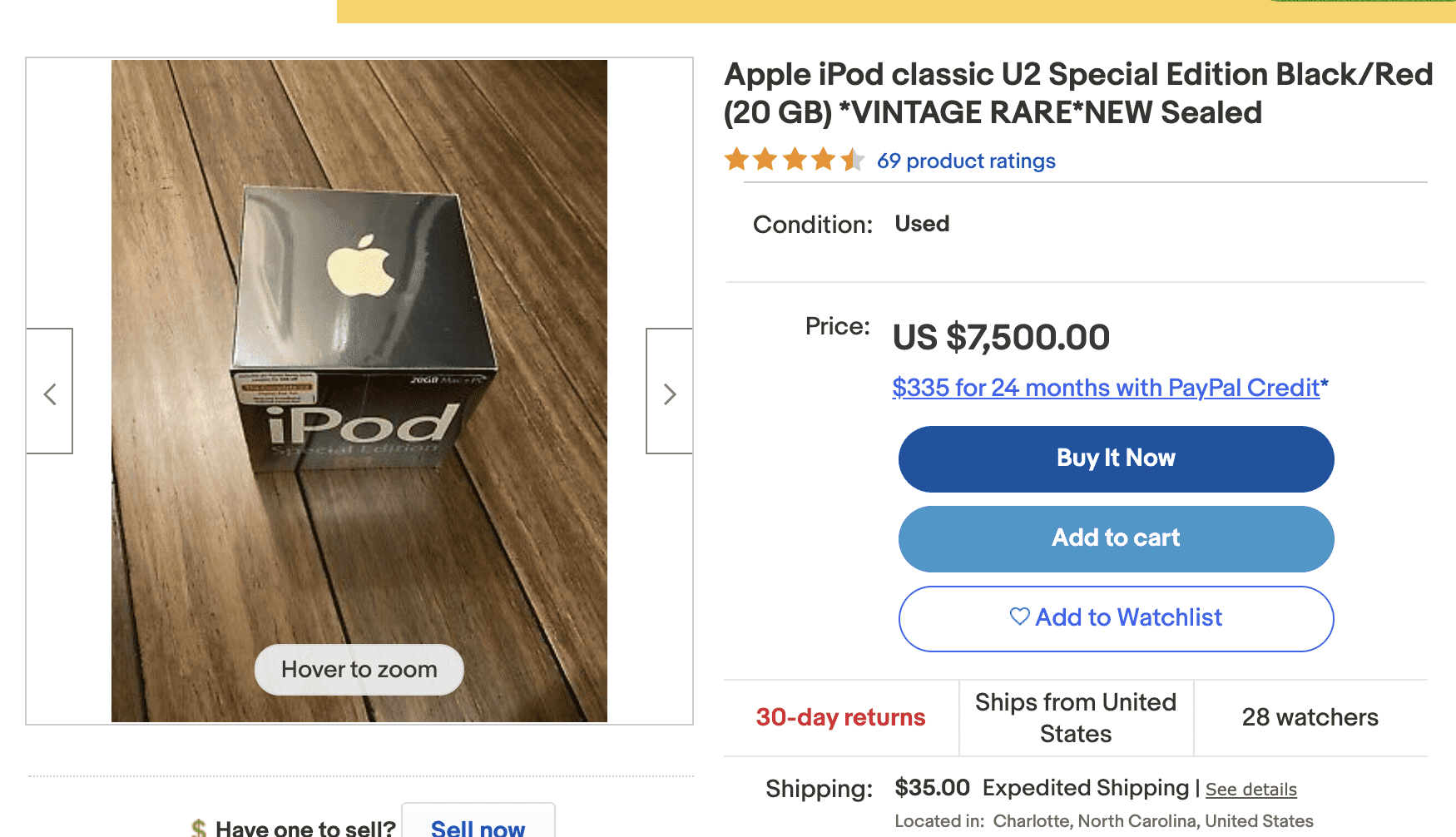 “It’s because Apple’s been around for awhile, and a lot of people, product-wise, they like Apple very much.

I guess the collectability is because of Steve Jobs, and the history of Apple.”

There are apparently people, like Michael Freedman, who are building entire Apple collections – he has every type of iPod ever made, all in their original packaging. It started when he received one as a gift but never opened it.

“It was something special for me because it was an original Apple product. I remember that I was afraid to open the box. I was impressed.”

Now that he’s amassed a bunch, he’s looking to sell.

“I think the most value is in the collection itself. Each iPod you can buy here and there, but all of them together is really something special.”