You will love this animated Indiana Jones! Tad the explorer will delight the whole family… 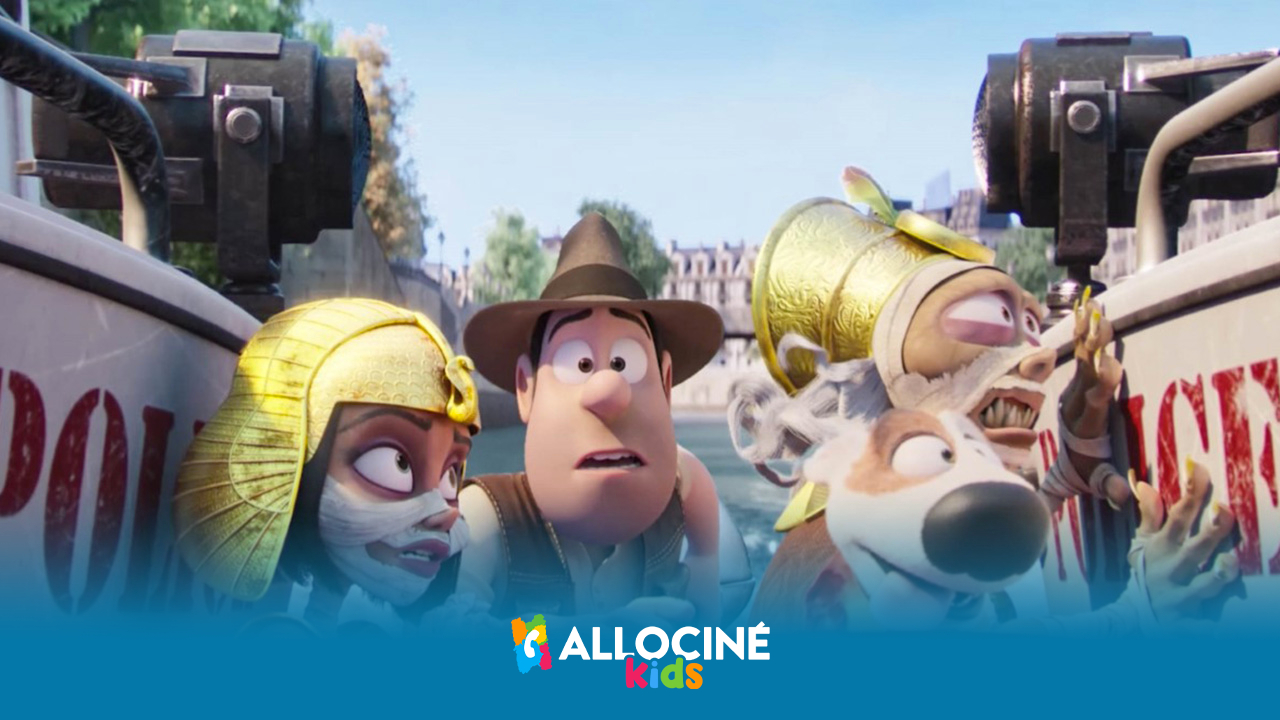 Let’s go for a new adventure alongside Tad the Explorer, in theaters August 24!

The phenomenon Tad the Explorer is back on the big screen! After In search of the lost city in 2013 and The Secret of King Midas in 2018, the famous clumsy adventurer returns to the cinema with La table d’émeraude.

The story still follows Tadeo Jones, whose dream is to be recognized as a great archaeologist. But all his attempts to be accepted by Ryan, the brilliant expedition leader and his colleagues turn into a fiasco.

By opening a sarcophagus, he triggers a curse that will put the lives of his friends in danger. To end this curse and save Mummy, Jeff and Belzoni, Tad and Sara embark on new adventures that will take them from Mexico to Chicago and from Paris to Egypt.

This perilous journey will lead Tad to cross paths with Agent Ramirez and Victoria Moon, an expert in occult sciences.

Indiana Jones, Lara Croft, Allan Quatermain, Benjamin Gates, Dirk Pitt… and Tad Jones. In the family of cinema explorers, here is the youngest, an animated adventurer born from the imagination of the Spaniard Enrique Gato.

Crowned by a Goya for the best short film in 2006, the hero returned two years later, again winning a trophy and above all a ticket for the feature film box.

It will be Tad the Explorer: In Search of the Lost City, a surprise success in 2012 with nearly 2 million spectators in Spain, a gold record for the song Te Voy A Esperar, two video games, derivative products. .. and the Goyas for Best Animated Film, Best Director for a First Film and Best Adapted Screenplay.

Moreover, with 46 million dollars in worldwide receipts, Tad stands out as the most profitable Spanish animated film of all time. Not bad, for a budget of only 8 million greenbacks.

A sequel will be released in 2013, The Secret of King Midas, which will bring in 35 million tickets worldwide for a budget of 9 million.

It was enough to start the 3rd film, still directed by Enrique Gato. In France, the two opuses brought together nearly 600,000 spectators in all.

AN INDIANA JONES FOR THE WHOLE FAMILY

Tad the Explorer and the Emerald Table is a great family show that can be seen by the whole family, especially children from 6 years old.

“Tad is now a remarkable young man of 23 years. He was born long before he was known to the general public and I have spent half my life with him. I consider him almost like a son, who we guide until he flies on his own, and who must constantly be taught that each step is important”, says director Enrique Gato. ”

For the director, an animated film is always a journey as big as a mammoth, no less than three or four years of investment. The team therefore needs to ensure from the outset that the journey is worthwhile.

“When the project carries the number “3” in its luggage, one has to measure this new step very carefully, especially considering that Tad’s name is associated with it and that it is out of the question to betray him”underlines the filmmaker.

With each film, Enrique Gato makes a point of ensuring that it will be made up of new, unexpected ingredients, capable of screwing the spectator in his seat and leaving him waiting for the next scene.

The preproduction of the film in 2019. After 9 months, confinement fell on the team. The offices were almost deserted, only thirty people worked on site.

“We didn’t know then that we were on board to collaborate remotely for two and a half years. Conditions that did not suggest that we would manage to make the best film in the saga thanks to the screenplay by Josep Gatell and Manuel Burque”specifies the producer Nico Matji.

The production of an animated film involves the management of several million computer files, which constantly change hands and require more than 350,000 hours of work.

It is the meticulous work of the supervisors and the entire team that made it possible to deliver the 120,960 images that make up the film and finally bring it to life.

“As a producer, I am extremely grateful to the entire team, especially the 3D animators who, like Olympic athletes, never stop aiming for the higher in order to satisfy the public”concludes Nico Matji.

Tad the Explorer and the Emerald Table hits theaters on August 24.