I think that after the news about what happened to Bob Saget, we’re all asking questions about what sorts of head injuries we should keep an eye on, lest we lay down to go to sleep and never wake up.

As a mother of small boys, this is always a concern of mine, too, because bumped heads are a daily occurrence around our house.

So, if you’re someone who’s wondering if and when you should be concerned about a knock on the head, here’s some advice to memorize. 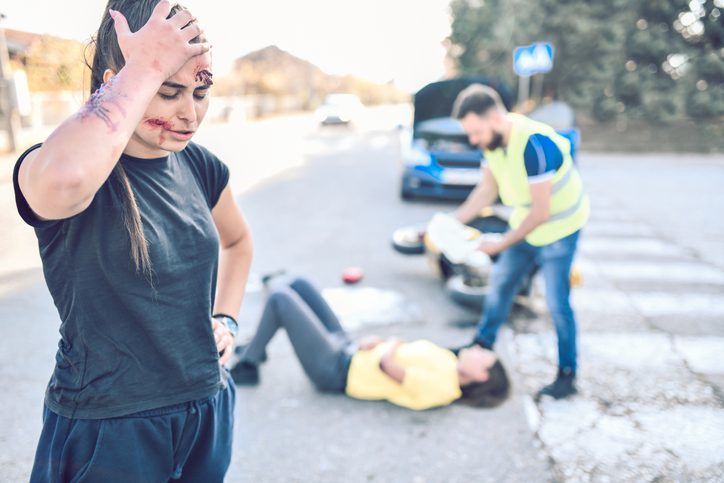 First of all, if you’re wondering if it’s really possible to have a traumatic brain injury (TBI) and not know you could be in serious danger, the Heersink School of Medicine at the University of Alabama says you can.

“Many people who have problems such as poor memory, difficulties in learning and behavioral issues are unaware they are experiencing symptoms resulting from an ‘unidentified’ traumatic brain injury (TBI).

An unidentified TBI usually stems from a past trauma, and medical treatment was not sought. Sports injuries and physical abuse are two of the more common examples.”

But even though sports injuries are the most publicized, ABC News Chief Medical Correspondent Dr. Jennifer Ashton says they can and do happen to regular folks, too.

“We often hear about traumatic brain injuries in sports or in military settings, but people can slip and fall in their own homes. This is a very unforgiving organ for trauma. It’s a closed space: Between the hard skull and the soft brain, a little bit of bleeding can cause compression on the brain, and in some cases, can be fatal.”

In fact, according to the CDC there are an estimated 1.5 million TBI’s every year, and in 2019 around 61,000 people died due to their injuries.

So, what are the warning signs? 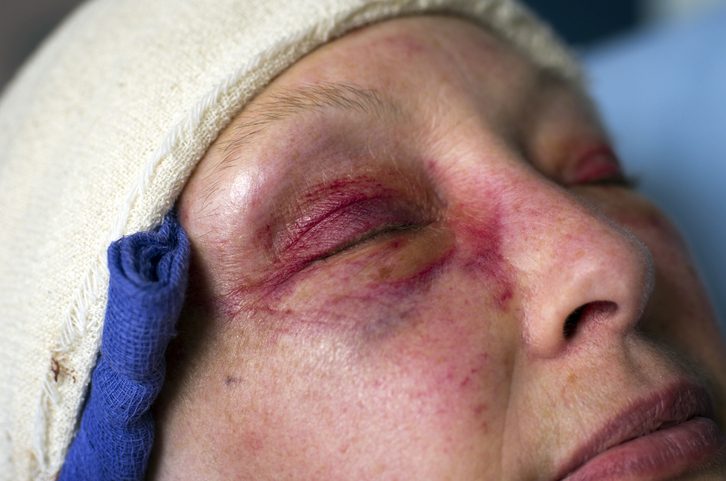 According to the American Academy of Family Physicians, it can be tough to determine whether you’ve got a simple concussion or something more serious, because many of the symptoms overlap.

Signs of a mild concussion include headache, dizziness, nausea and vomiting, confusion, concentration and memory problems, and sluggishness.

The Mayo Clinic lists as symptoms of a moderate to severe TBI loss of consciousness (minutes or hours), headache (especially one that gets worse), convulsions or seizures, dilation of one or both pupils, weakness or numbness in fingers and toes, loss of coordination, confusion, agitation (including combativeness), and slurred speech.

If you see something like bleeding or fluid leakage bruising below the eyes or behind the ears, to unequal pupil size, you’ll want to seek medical care immediately.

So, is it true that going to sleep after hitting your head is a bad idea? 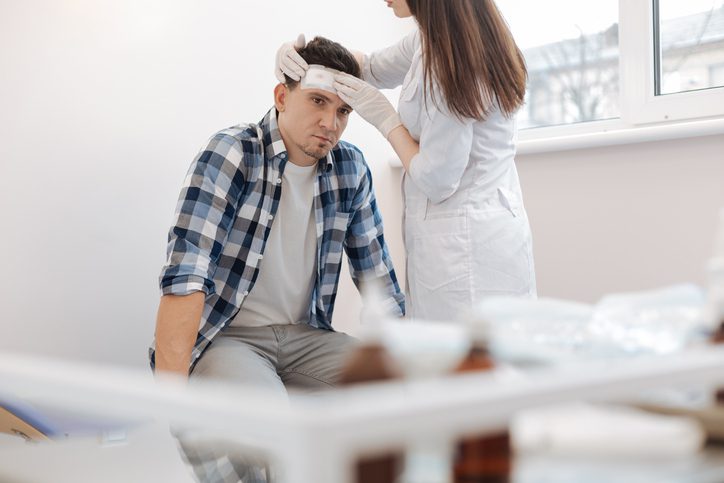 Associate professor of Emergency Medicine, Neurology, and Neurosurgery Dr. Jeffrey Bazarian says that the classic advice to keep someone away after a head injury is outdated, but you still need to be vigilant.

“Anyone getting very sleepy within six hours of a brain injury should be brought immediately to an emergency department for a head CT scan.

At a bare minimum, it seems prudent to keep a person awake for a few hours after the injury to see if any of the above symptoms develop.”

Dr. Ashton adds that “it’s important for people to understand that when you talk about the brain, you always want to err on the side of caution…We all minimize our symptoms, and we don’t like to bring attention to ourselves. But this is a situation where you want to seek medical attention.”

In other words, when it comes to you and the people you love and your brains, it’s much better to be safe than sorry.

Keep a close watch, don’t leave someone alone after a nasty head bump, and don’t be afraid to seek help if you’re worried.

Stay safe out there, friends!