Woman Says Her Company Uses Her as “Token Girl Engineer” at Recruiting Events. Was She Wrong?

It’s gotta suck to be the “token” anything, if we’re being honest.

And a woman took her grievances to Reddit’s “Am I the A**hole?” page to see if she stepped over the line at a recruiting event.

“I work at a tech company. I’m one of two women in a technical role, and the other is very introverted and wouldn’t be great at recruiting.

So every time there’s a recruiting event, I get volunteered for it. It was especially frustrating and for me because my whole team is under crunch time and a day I spend recruiting is a day I have to make up later.

I was at a recruiting event at a local college, and a young woman who was thinking of applying asked how the diversity at my company was, it looked good from our panel and promotional materials. (Side note… Almost every person of color, woman, or queer presenting person on the promo materials has either quit or never worked there in the first place)

I answered honestly in front of a small group “Well, there are two women in technical roles, and as one of them it sometimes feels like working two jobs. One as an engineer, and one as the ‘token girl engineer’ who gets pulled away from work for every photo op, or recruiting event.

Honestly, if you like being a trailblazer and are prepared to take on the extra unspoken PR as the “girl engineer’, you might find a role here fulfilling, but if you prefer keeping your head down to focus on the technical side, it is easier to do that at a company where there is more gender and racial diversity.

She appreciated my honestly but the manager who was running the event told me to leave. I have a meeting with HR and my manager tomorrow. I don’t think my opinion will be any news to them as I’ve already told them I’m not interested in being assigned to photo ops or recruiting disproportionately because of my gender, and I’ve been told that it’s “important” for me to be there to help recruit a more diverse staff since the company is trying to improve.

I feel like they’re mad that I said the quiet part out loud at the recruiting event… But it was a honest answer to the question, and I keep on being brought to these things for my “unique perspective” and whatnot.

I think they might also see themselves as doing something good, trying to do outreach to a more diverse applicant pool, and see me as ruining that.

AITA for what I said about my job?”

One person said she’s NTA and that what she said was pretty darn funny. 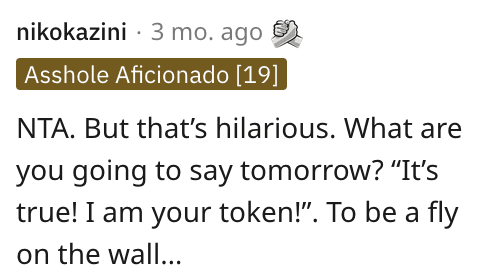 Another reader said she’s being taken advantage of because she’s a female. 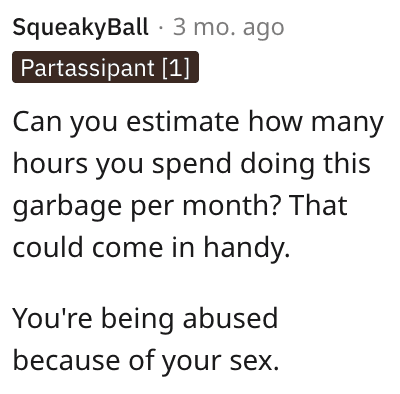 And this reader said she might want to get a lawyer and go to HR to protect herself. 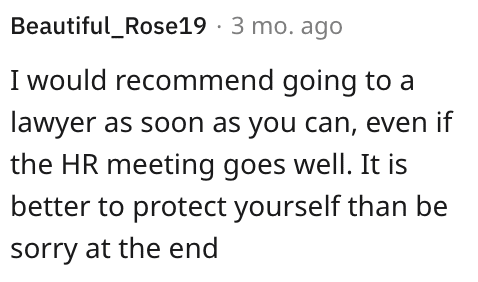