I guess if you have the extra cash to spend on a maid, why not do it?

But, as you can imagine, that idea might lead to some conflict when it comes to married couples.

Check out this story and let us know if you think this woman acted like an a**hole.

“My husband and I both work full time. He recently got a promotion and he now makes twice what I do.

Since he got the promotion, he has been pressuring me to quit my job and be a fulltime housewife.

The reason that my husband is into this idea is because that would make me responsible for all the cooking and cleaning.

Right now we split chores evenly since we both work similar hours, and I like that arrangement. My husband is not a fan, he dislikes having to do chores around the house.

I admit that I would love to not have to work, but the tradeoff being offered is not appealing to me.

I suggested that my husband should use some of the extra income to hire a maid service, and then neither of us would have to do the chores.

He accused me of “just wanting to coast off of his money without doing anything” and has been annoyed all morning that I suggested it.

This person urged this woman not to quit her job. 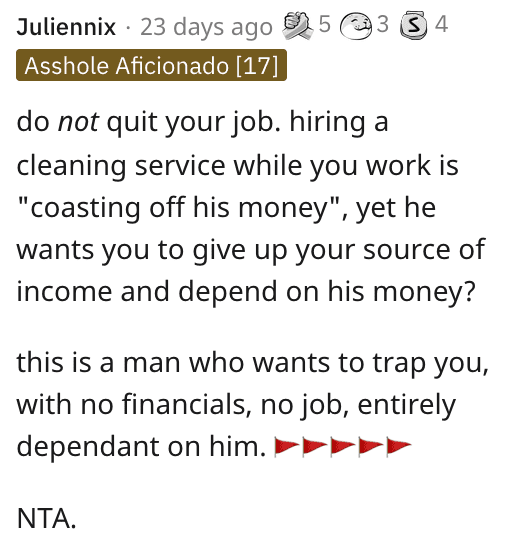 And another reader said she’s NTA.

This individual made a good point about finances… 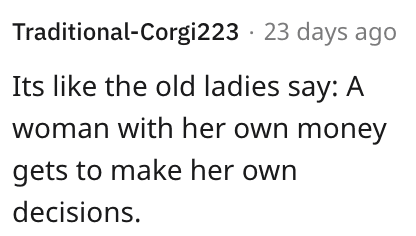