Woman Asks if She Was Wrong for Ruining Thanksgiving

The holidays can be really tough.

Old grievances come to the surface and tensions can reach a breaking point.

And this woman wants to know if she’s an a**hole for ruining last Thanksgiving.

Before me he was together with his HS sweetheart. They fell out of love and broke up. A year later we started dating. His mom however was still heartbroken about it. I was very understanding and thought she needed time to get to know me. The ex basically grew up with them and they saw her as a part of the family.

For the first year of my relationship his mom would call me ex’s name, until bf got angry once and told her to be nice. She laughed it off and said it was just a habit. After that she started calling me the wrong name. (Janet instead of Jenny; fictional names just for the story). I corrected her a couple of times but she seemed to like hurting me so I ignored it later.

My bf has two sisters and a couple of weeks before thanksgiving we were invited to bbq at the older sister’s house. I was in the kitchen with my bf’s mom, the sisters and one of their husbands. The older sister then talked about how my BF praised my cooking to her husband and the mom was listening.

She then said out loud “SURE! Why don’t we let Janet make the turkey this year?”. The sisters giggled and looked at each other and I said “thats a great idea!” I didn’t tell my bf what happened.

On thanksgiving we went to his mom’s house with the usual wine and dessert. She was shocked l, everybody was shocked. I said “what? I thought Janet is bringing the turkey!”. There was yelling, crying and then we got kicked out. My bf is so angry with me he hasn’t talked to me since. I think it’s over tbh.

But I still don’t think I did anything wrong!

This reader said this was petty compliance at its finest. 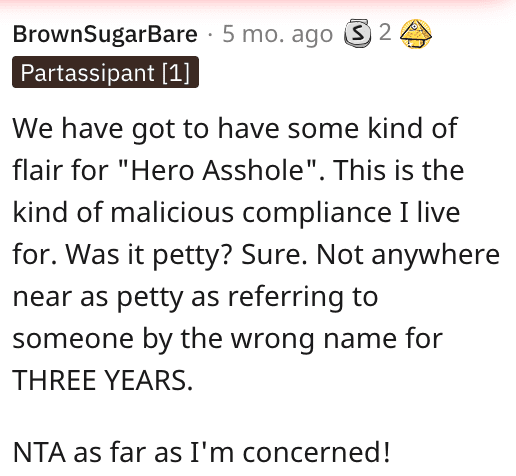 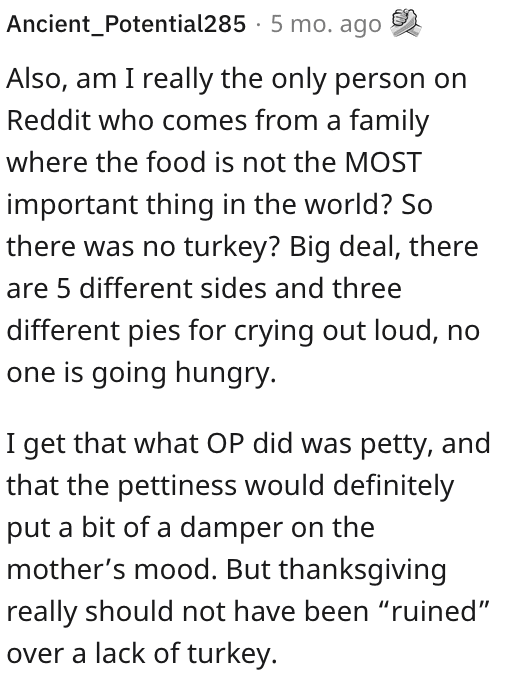 And this individual agreed she’s NTA and said she’s probably better without this guy. 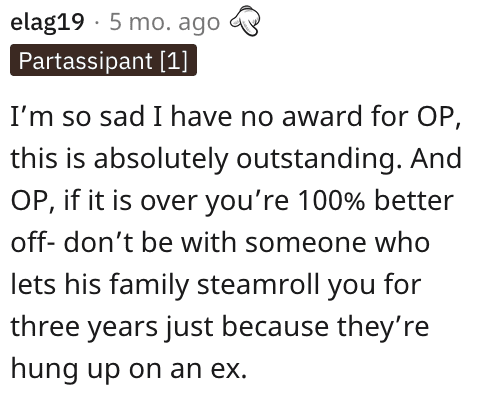 Lay it on us in the comments.