What’s new on Netflix this week: the final season of one of the most… 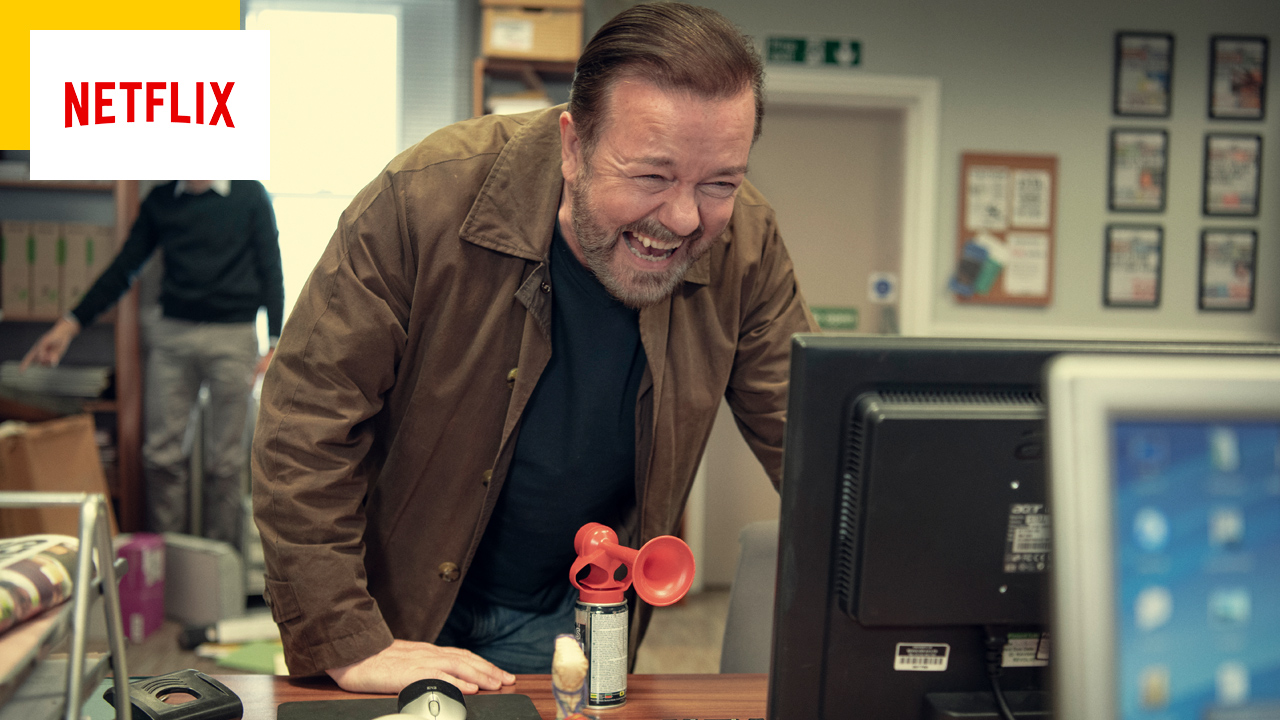 Discover thanks to AlloCiné the films and series that will be released on Netflix between January 14 and 20.

After Life, season 3 (01/14): Ricky Gervais, the king of British humor and comedy bows out with this season 3. King of humor, and yet he will never have moved us as much as with this series about a man who fails to to mourn his wife. It’s wonderful and painful at the same time. And in this final season, if Tony is no longer so violently irascible against life, he still struggles to fill the void left by the death of his wife.

Archive 81: Archivist Dan Turner sets out to restore a collection of damaged video cassettes from the early 90s. He then discovers the work of a documentary filmmaker who was investigating a dangerous cult. Dan is convinced that he can save her from the terrifying end she met 25 years ago…

The shadow of his eyes: Pursued relentlessly by the daughter of a powerful politician who will do anything to marry him, a man embarks on a risky slope to regain control of his life.

The House : This outlandish black comedy anthology is made by the finest indie talent in stop-motion animation.

El Comedian: At a crossroads in his life, an actor receives a curious proposal from his best friend

Riverdance: The Animated Adventure: Keegan, a grieving young Irishman, learns from his Spanish friend Moya how to dance among a herd of magical deer to overcome grief and danger.

The Front Runner (catalog): In this biopic, Hugh Jackman plays Gary Hart, a young senator with a bright future and favorite for the Democratic nomination for the 1988 presidential election. A meteoric rise then a brutal fall against a backdrop of scandal.

The Puppet Master: handling lessons: In this harrowing documentary series, a cruel con artist poses as a British spy to manipulate and rob his victims and their families.

DOTA: Dragon’s Blood Volume 2: Chaos reigns and threatens peace. All heroes must answer the call to fight the dread forces that threaten to plunge the world into darkness.

Mighty Express: Everything goes wrong! : The trains are trapped by two bandits who have taken over the checkpoint! Will Flicker the King of Rail be able to thwart their plans and save his friends?

Yum, caramba! : Discover a festival of flavors, a visual ode to Mexico’s culinary ingenuity and its original delicacies that are well worth a little overindulgence.

Absolutely regal! : New Yorker Izzy congratulates herself on styling celebrities at the wedding of a handsome prince. But they fall for each other! A choice must be made: love or duty?

The Lost Daughter: Maggie Gyllenhaal’s first achievement and first masterstroke! This adaptation of an Elena Ferrante novel tackles a taboo subject by featuring Leda – played by the prodigious Olivia Colman – a woman who does not thrive in her role as a mother. During a vacation alone in Greece, in contact with a young woman (Dakota Johnson) who also finds herself in conflict between her identity as a woman and that of a mother, painful memories resurface…