It’s common courtesy to give your current employer a head’s up if you’re going to be leaving for a new position at a different company, and two weeks is pretty much standard.

That said, giving notice doesn’t always go that well, because feelings can get hurt and management can often respond poorly to the news that they’ll be losing someone they value.

That said, I can’t say that I’ve ever heard of an employer just…refusing to accept a resignation without making some kind of counteroffer or something as well. 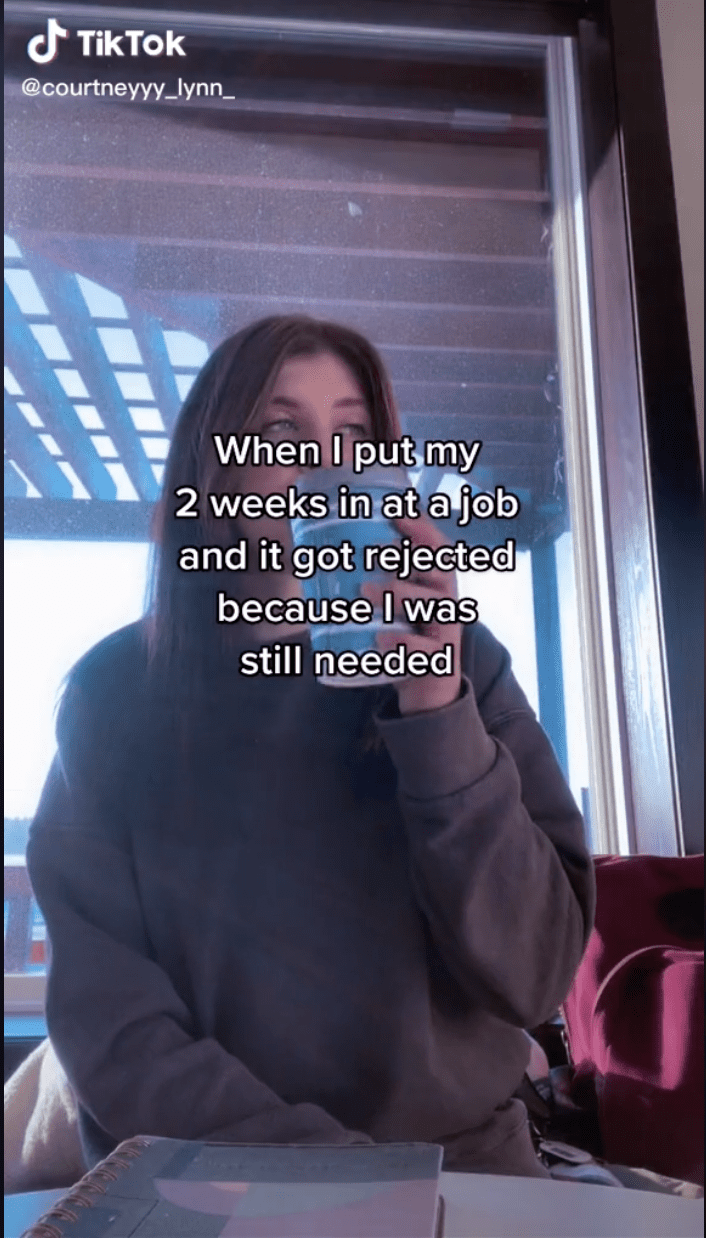 That’s exactly what happened to TikToker Courtney Reder when she tried to resign her job, though, and we have to think it has a lot to do with the recent mass exodus from certain companies due to the pandemic.

According to the TikTok she posted as @courtneyyy_lynn, her job simply “wouldn’t allow” her to quit because she was “still needed.”

And I mean, don’t we all kind of hope that we’re still needed at our jobs?

That said, we do all have the right to leave, no matter whether or not our company still needs us, right?

She could obviously just not show up to work, but she worries that angering upper management could lead to poor references in the future – something she’s worked hard to avoid going forward.

“I know have 3 jobs and still trying to make ends meet.”

The people in the comments thought Courtney should just say no and set a firm deadline to be out of the company for good, and she did pop in to say that she and her managers eventually came to a compromise where she would be working reduced hours.

Many people thought she should leverage the fact that she’s obviously important to them to ask for a raise, but no word on whether or not she took that advice.

It’s definitely not the worst advice in the world, though.

Has something like this ever happened to you? If so, tell us in the comments how you handled it!