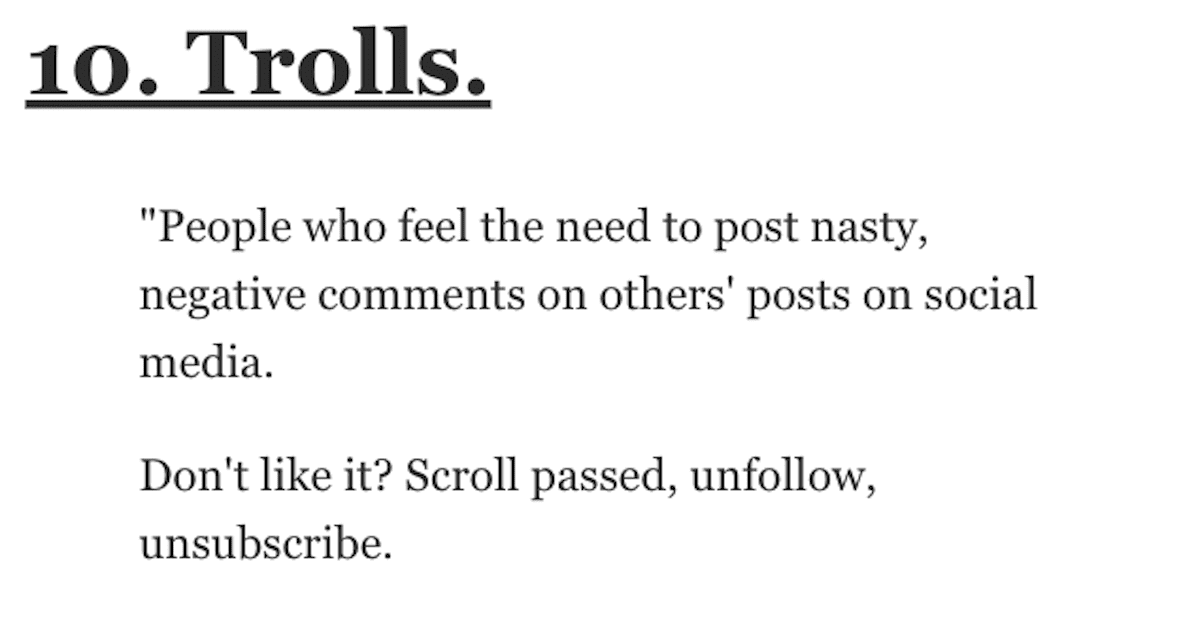 We get a lot of things shoved down our throats these days and we’re just supposed to enjoy them because they’re popular.

I guess it’s probably been like that for a long time, but it seems to have kicked into overdrive these days with social media and the way we consume trends.

What are some common things that you can’t relate to?

Here’s what people on AskReddit had to say about this.

“Restaurants that force their staff to act, sing or engage in fake banter.

Just make my food please and leave the theater to the thespians.”

I swear, everyone was having the time of their life but me. I couldn’t wait to graduate.”

“That trope where the husband is a useless piece of lazy sh*t who couldn’t possibly feed himself or care for the kids and house without your divine feminine guidance.

It used to make me feel bad like am I supposed to be running this sh*t by myself while my man just lies on the couch after work? But then I realized no it’s the trope thats sh*tty.

It’s everywhere though and women think it’s somehow cute or empowering to perpetuate it.”

“Keeping up with the Jones’s”

I dont give a sh*t how nice or shiny your things are or mine aren’t.

I’d rather have money in the bank than a new car every year. My car is 6 years old and works fine, and still looks nice. Why would I trade it in just to keep up? Same with phones, clothes, computer, even stuff for my home etc.

I like mine, and I get good quality stuff so it lasts. To trade it in for the sake of it would be silly and a waste of money.”

“People taking out loans for their wedding expenses.

One of the number one reasons people get a divorce is money.

No better way to start off your marriage than in debt, I guess?”

I used to wonder what people were thinking, but social media has ruined that for me.

“People who think being an *sshole is funny.

I have an uncle who’s an *sshole on the outside but deep down is really caring but to me it just seems like he never learned how to express his emotions and feels he’s protecting himself by being an *ss.”

“The requirement of drama in their lives.

I’ve met so many people who are always in the midst of some drama, and then, when lacking in it, create it for themselves, they thrive off it.

I mean, at a push I can understand it to an extent, (it gives their lives meaning possibly?) but then they try and drag people like myself into their drama.

“People who feel the need to post nasty, negative comments on others’ posts on social media.

The world has enough negativity without it.”

“The obsession with branded things.

Clothes with the brand’s name on them just look tacky for me. I’d much rather have a regular old graphic tee instead of a t-shirt with Gucci on the front in gigantic bold capital letters.

It’s pretty whatever most of the time, wear what you want and all that, but the obsession becomes incredibly annoying when people act like they’re better than you because they spend several hundred dollars on a single shirt.”

“The level of excitement people get about watching sports.

I appreciate that for some people it’s a phenomenal event to see, worthy of unbridled shows of joy and anger (depending on the outcome).

But it just doesn’t have any importance or appeal for me.”

What common and popular things out there can you just not relate to at all?

Talk to us in the comments. Thanks!