We sued Trump for blocking us on Twitter. This is why it was important despite how it ended. 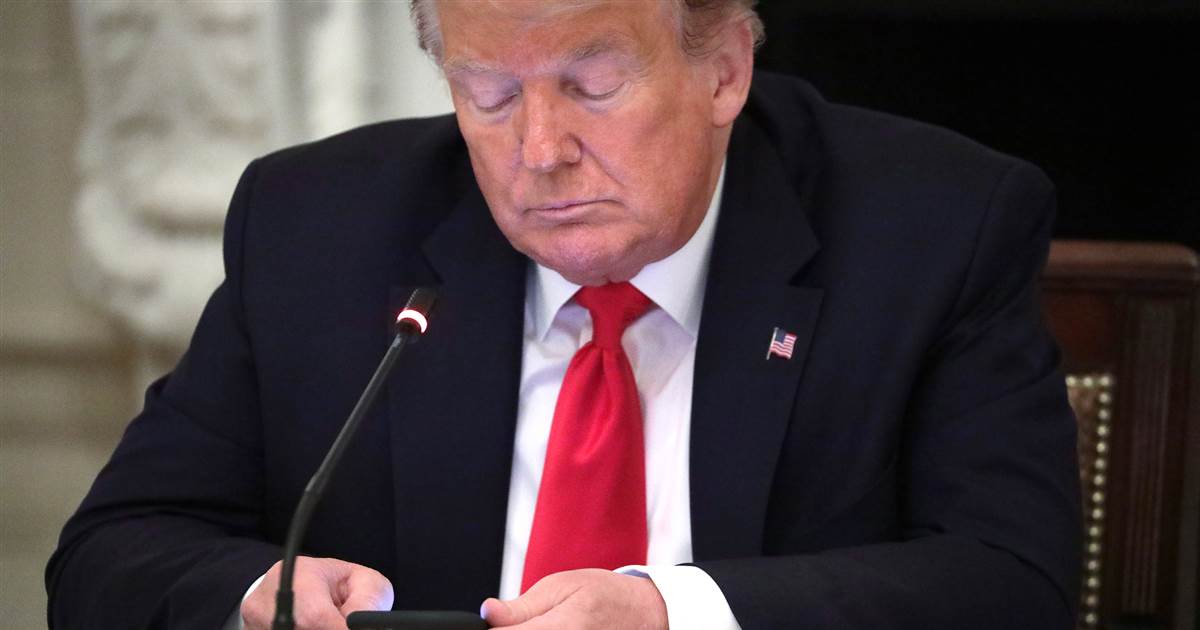 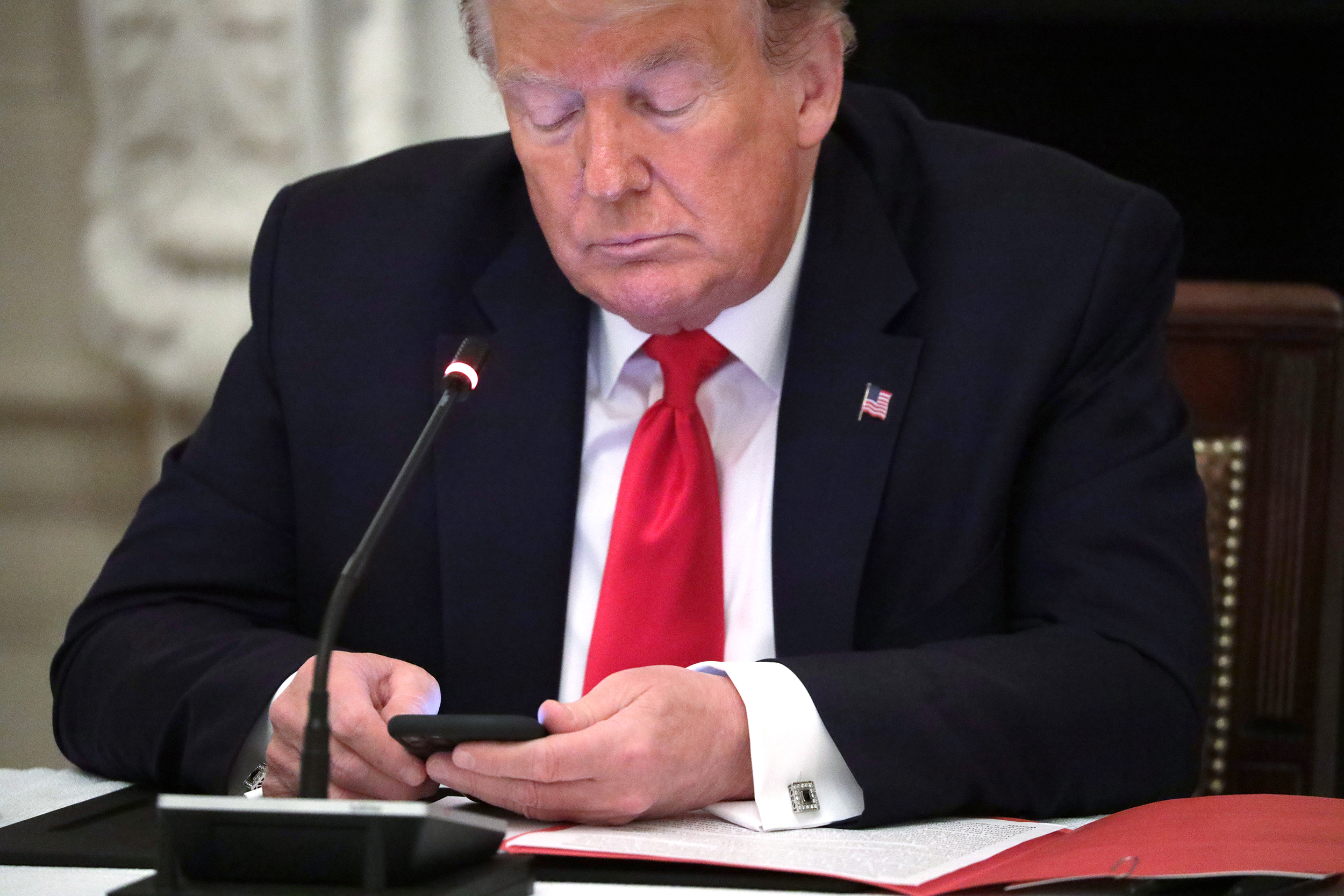 Donald Trump’s presidency is over, but the mess he made of our government and our democracy remains. First and foremost are the life-and-death issues related to the pandemic from which he did too little to protect this country and its people, as well the grotesque corruption embodied by the former president, his family and their cronies.

And underlying those problems were his administration’s abuse of democratic norms, which revealed fundamental weaknesses in our ability to govern ourselves reliably in the face of a corrupt and anti-democratic executive.

As part of their efforts, Trump and his movement relied on a system of disinformation that went beyond telling specific lies for concrete ends. Theirs was an assault on truth itself — a strategy historians such as Timothy Snyder have shown to be common among authoritarian rulers throughout modern history. By degrading the public discourse in such a way that the public gives up on trying to sort out truth from fiction, authoritarians create a vacuum out of which they alone can rise, to bring peace and unity to the troubled nation.

Blocking critics like me on Twitter may seem like a minor transgression compared to the other things Trump did, but they were of a piece with the whole. One thing Trump wanted — and still wants — was to create the impression that he was, always and everywhere, supported by a vast, underappreciated majority of regular Americans. We — the citizens who spoke up against him, on his own Twitter feed — were intolerable to that end.

The worst of our politicians will always want to control the public square, to create the image — and eventually the reality — of an adoring public that thrills to their every utterance.

Six such people and I — with the Knight First Amendment Institute — then sued the president in July 2017, arguing that a public servant didn’t have the right to use private platforms to engage in official acts while blocking his or her constituents.

We won in the lower federal court in 2018 — and he unblocked us while his appeal was heard by the 2nd U.S. Circuit Court of Appeals. In response to his attorneys’ extremely unconvincing argument that Trump was acting as a private citizen when be blocked people, even though they conceded that he acted as a public official when he tweeted, a panel of the court ruled for us 3-0. The judges wrote, “The First Amendment does not permit a public official who utilizes a social media account for all manner of official purposes to exclude persons from an otherwise‐open online dialogue because they expressed views with which the official disagrees.”

Trump asked for the full court to hear the appeal, and we won again, this time 7-2. His Justice Department appealed to the Supreme Court in August — waiting almost as long as it could. The court didn’t take action on the case while he was still in office — or even before Twitter drove a stake through his administration and suspended his account on Jan. 8, denying him access to the platform he had made the cornerstone of his toxic presidency

Then, on the last full day of that presidency, Jan. 19, his acting solicitor general urged the Supreme Court to take and then vacate the decision from the lower courts that forced him to unblock me and my fellow plaintiffs on Twitter.

Blocking critics like me on Twitter may seem like a minor transgression compared to the other things Trump did, but they were of a piece with the whole.

On Monday, the Supreme Court agreed that, as Trump’s term had ended, the case had been rendered legally moot. By then vacating the lower court’s decision (which, we had argued, it should not do) the court stripped it of its precedential value to future cases while taking no stand on the merits of the case.

Nevertheless, the 2nd Circuit decision was an important one, helping to establish the vital ability of citizens to maintain engagement with their elected leaders, even when those leaders take their public forums onto privately held platforms, such as Twitter and Facebook. The case may have outlasted his presidency, but he lost resoundingly every time any court considered its merits (tremendous credit for which goes to our legal team at the Knight Institute, led by Jameel Jaffer and Katie Fallow).

Beyond Trump, however, we have the long-term problem of elected officials’ taking their public interactions into unregulated private spaces, such as Twitter and Facebook. Many politicians complain — as Trump did — when those companies exert their rights to control their platforms. But these politicians would much rather take their chances with these multinational conglomerates and their profit motives than face the prospect of real regulation designed for transparency by a democratic government.

Politicians’ increasing use of private platforms to communicate with constituents, potentially in increasingly less transparent ways, will not be easy to resolve, as it will require balancing the free speech rights of individual citizens with the prerogatives of corporations on rapidly shifting technological foundations.

But the principles of our case remain essential building blocks. When government officials establish online “public forums” — virtual spaces open to all — they cannot then exclude members of the public whose political viewpoints they find inconvenient. That applies regardless of the technological platform or who owns it. The tendency of public debate to segregate into separate spaces, where genuine interaction is drowned out and people hear only what they already believe, is bad enough without elected officials’ building more barriers to dialogue between citizens.

The worst of our politicians, like Trump and those who will step up to carry on his authoritarian movement, will always want to control the public square, to create the image — and eventually the reality — of an adoring public that thrills to their every utterance. We cannot allow that to happen, and the First Amendment remains one the best tools in our defense.