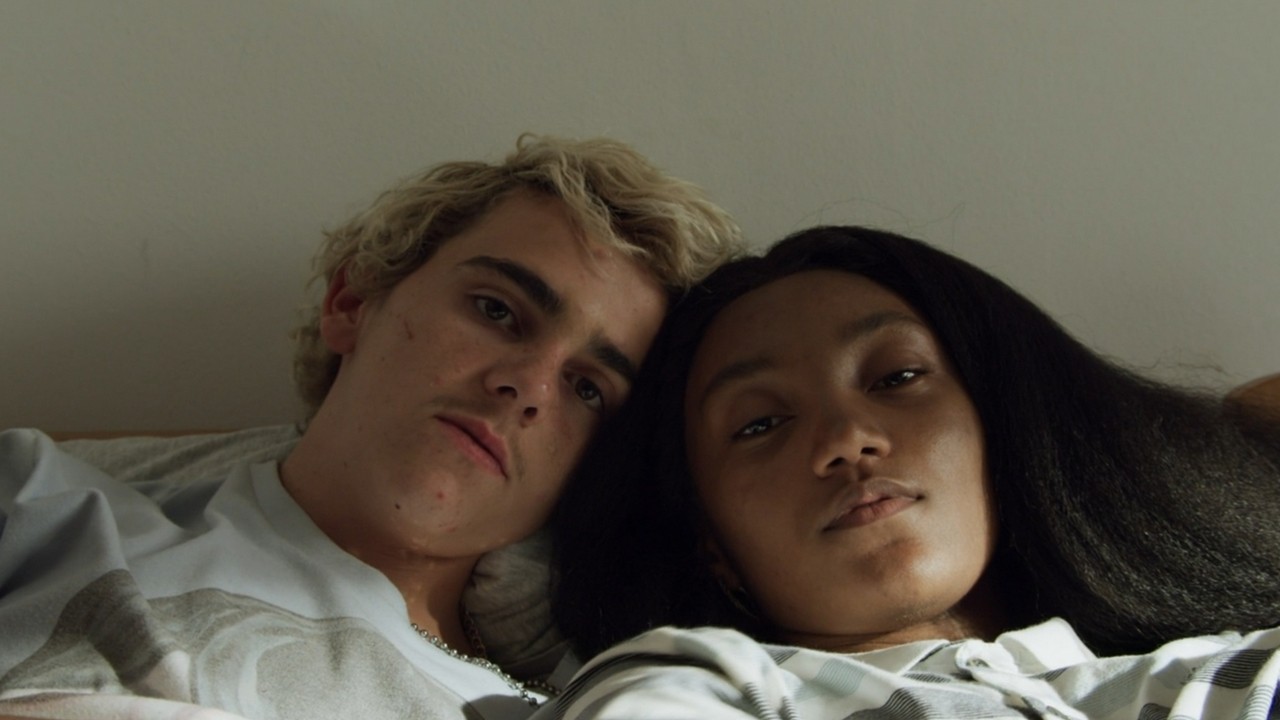 For his first series, the Italian Luca Guadagnino films, with authenticity, a free and rebellious youth subject to the strict rules of a military base. Available from March 7 on StarzPlay and myCANAL.

The special friendship between Fraser and Caitlin, two American teenagers who live on a military base in Italy and whom everyone believes in a relationship. That summer, Fraser thinks a lot about the boys he left behind in New York City, while Caitlin drowns in the party …

Available on StarzPlay and myCANAL. One episode per week.

For its first series, Luca Guadagnino brings together a rich cast made up of actors from all walks of life. In the role of Fraser, Jack Dylan Grazer plays the main character. The actor, appeared in big productions, like It and Shazam, give the reply to Jordan Kristine Seamón which signs its first appearance on the screen. She is not the only one since a named Francesca Scorsese also makes her debut as Britney. Yes, she is the daughter of the legendary director. Spence Moore II, Corey Knight and Tom Mercier – revealed in Synonyms – complete the young cast. Chloë Sevigny and Alice Braga play, for her part, a couple who have come to settle in the military base, while the famous artist Kid Cudi plays Caitlin’s father.

What is it worth?

Active since the end of the 90s, the director and librarian Luca Guadagnino is today one of the biggest names in independent cinema. He gained worldwide popularity in 2017 when he adapted the novel byAndré Aciman, Call Me By Your Name, from a screenplay by James Ivory. Since then, the filmmaker has been drowning in projects. His latest marks his first television creation: an 8-episode series titled We Are Who We Are. Surrounded by Paolo Giordano and Francesca Manieri, he depicts the daily life of a group of American teenagers in a military base located in Italy.

The setting of the plot is not trivial since it contrasts with the fury and transgressions of the heroes. Luca Guadagnino decides to add a political context to his story by situating the action in 2016, during the American presidential election which will lead to the victory of Donald Trump. An important detail since it reinforces a feeling of oppression and uneasiness. As the ultraconservatives seize the world’s leading power, these teenagers enter into unconscious disobedience. They question their religious faith and their identity – sexual, but also gender -, test their limits, discover their first emotions and break many rules.

With 8 episodes, all titled Right Here, Right Now – moment T in French -, the filmmaker rediscovers the authenticity and fragility that made the success of Call Me By Your Name. He looks at an adolescence in full introspection with elegance, sensitivity and above all sensuality. He multiplies the scenes of nudity, not out of voyeurism, but to express their desires. Just when he is interested in youth, Luca Guadagnino is also interested when he dwells on the equally troubled world of adults. In this way, We Are Who We Are is a series multigenerational.

The Love We Make

Very rich, this slice of life is also a real happiness for all moviegoers. The director continues to film Italy as he knows how to do so well and at the same time offers shots of great beauty. Very attentive to the songs he uses in his works, the author hits, once again, very hard with an original soundtrack composed by Devonté Hynes, known by the stage name Blood Orange – which appears in the final episode. The filmmaker also turns to a multitude of pop hits, such as the stroll The Love We Make by Prince, which resonates twice and stands out as the main theme of the series.

Carried by complex and admirably well-written characters, Jack Dylan Grazer and Jordan Kristine Seamón are the revelations of We Are Who We Are. They form an indomitable duo which seeks each other, wraps itself around and becomes the focal point of the series. Other talents are not to be outdone, such as Tom Mercier as a soldier, the object of all fantasies., or even Chloë Sévigny and Alice Braga, authority figures trapped in the mechanics of a destructive love triangle. A unique proposition in the television landscape, We Are Who We Are differs from other series coming of age with a raw vision of adolescence and an artistic ambition that makes your mouth water.

Discover the soundtrack of the series: