Was This Woman Wrong for a Comment She Made to Her Neighbor? Here’s What People Said.

People can be so touchy…

And I know we can all be a little sensitive sometimes, but certain folks just take it too far…

Check out this story and see if you think this woman stepped over the line with a comment she made to her neighbor.

“I’ve moved to a new place and have only seen my neighbor twice and the second time she told me her husband lived in another country and that they had met at a club.

I told her that was pretty neat, and that my husband and I also met at a club – at first we thought it would just be something casual but over time we fell in love. When I told her this, she was shocked and said “how dare you imply that my husband and I had s** right away and that he wasn’t serious about me at first? You don’t support women if you are calling me a s**t who has s** with strangers they just met!”

I have felt awful about it since and have been going over it in my head and wondering about it. Although I didn’t say she and her husband started out casual, it feels like the implication did overstep boundaries. How much of an a**hole was I for this?”

One individual said she’s NTA and that her neighbor was projecting. 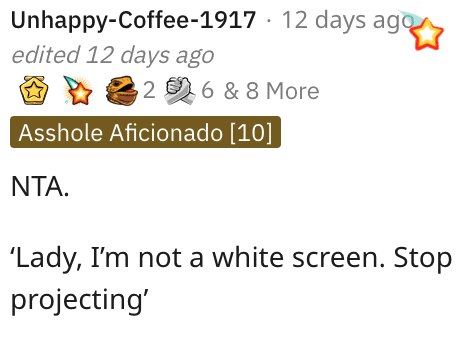 And this Reddit user made an excellent point about what happened… 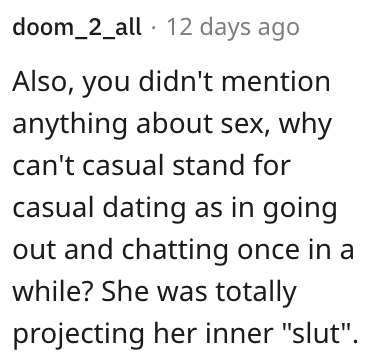 Another individual said she’s NTA and she was just trying to make conversation. 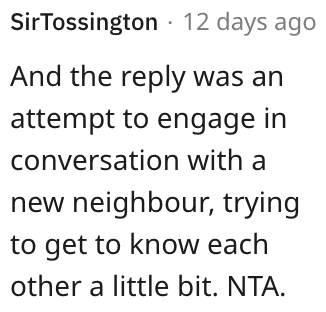