Was This Wife Right To Insist Her Husband Remove A Photo Of Her From His Phone?

In this day and age, most of us try to be careful about what is said and posted about us online. It’s a crazy world out there, after all.

That said, when it comes to friends and family and other loved ones, we probably assume they have pictures of us on their phones and/or social media accounts.

OP apparently didn’t assume that, because when she grabbed her husband’s phone one day (with his permission) and saw that he had a photo of her assigned to her contact…and she flipped out.

My husband bought a new phone last week. Before that he used to have one of those old phones that didn’t have many features. I was happy for him and helped him learn how to use some features he’s never seen before.

Yesterday morning. I couldn’t find my phone before I went to work.I woke him up to ask him to call me so I could find it but he handed me his phone and told me to do it myself. I took his phone, opened the call log and searched for my contact number.

I saw that he had a picture of me (my face) for my contact photo. I was mad I woke him up again to ask why he did it.

He told her she was being bossy and controlling, that it was no big deal, and he had photos for most of his close contacts.

She thinks he should have asked for permission to save photos of her, like she does for him.

He said it was normal and he did it with his family and friends even. I told him I didn’t give him permission and he should’ve asked if I was comfortable with having my picture there.

He said I have a ton of pictures of him in my phone but I keep them in a hidden app so no one sees them and this way, I’m protecting his privacy. besides, that I got his permission for every single picture before saving them.

OP kept after him until he deleted the image, but her husband let her know that her behavior has become too much and he deserves to be able to live his life.

I demanded he remove it but he fought back and said I’m being bossy and controlling. I told him my face was in there, he again said it wasn’t a huge deal and that I should chill.

I snapped and said I wasn’t going to let him convince me to be okay with my privacy being violated. He said “gtfo it’s not like I put nudes in there” but still.

We fought some more and he removed the picture then kept pouting and venting about how I keep trying to dictate how he lives and what he does and said it’s become too much.

She offered this (flimsy) explanation for her extreme reaction.

Info. I live in an area far from home and I don’t know anyone here yet and I was worried if he loses his phone, my info will be linked to my photo.

Is she the jerk here?

The top commenter is as confused as the rest of us as to what the issue really is here. 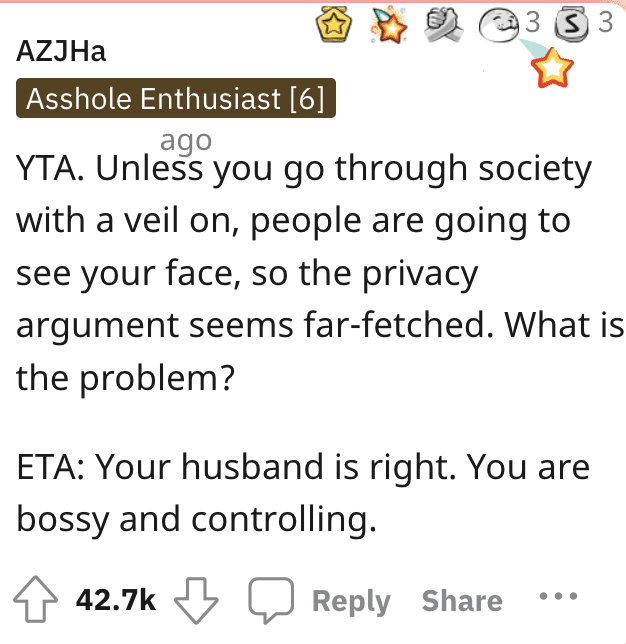 The freak out is definitely bizarre. 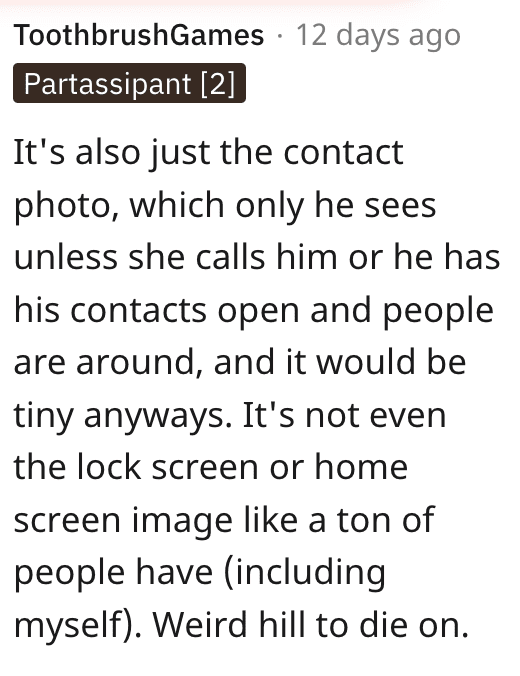 This person wonders if perhaps she is a secret agent of some sort. Ha! 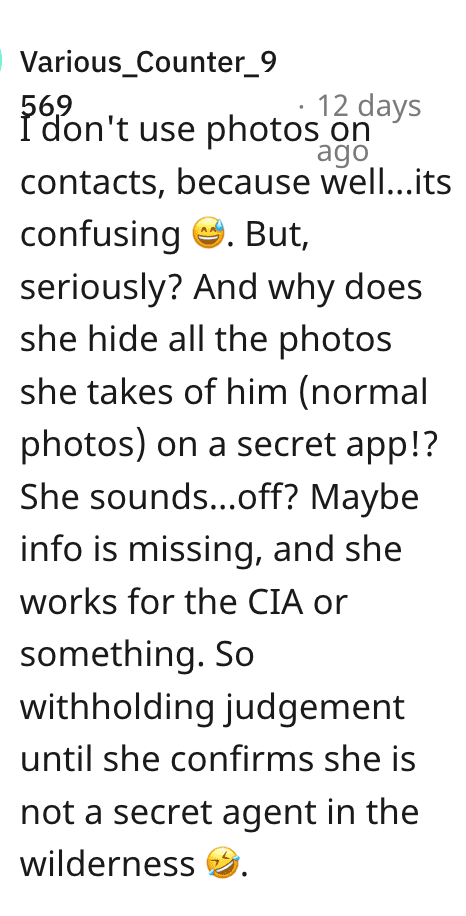 We never really know what’s going on in people’s minds, I suppose. 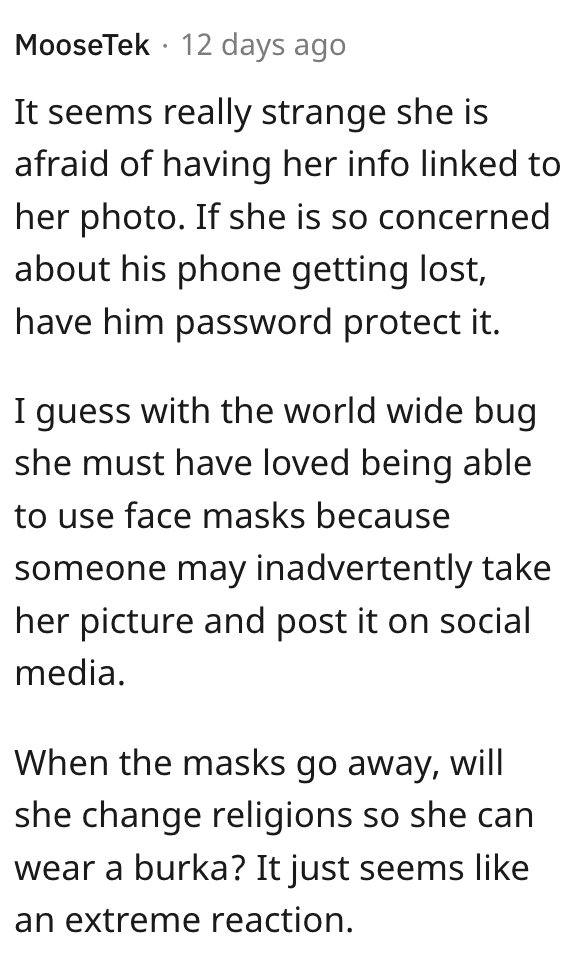 Those really do seem like the only reasonable options. 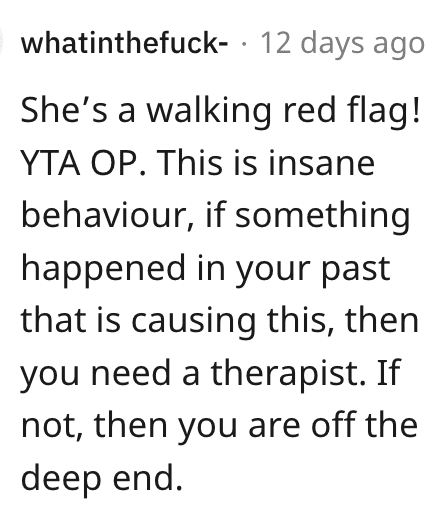 Y’all, this post made me tilt my head sideways like a dog trying to make sense of human behavior.

Do you think this is way out  of line? Tell us if so/if not and why down in the comments!