WandaVision on Disney +: what to understand from the post-credits scene of episode 8? – News Series on TV 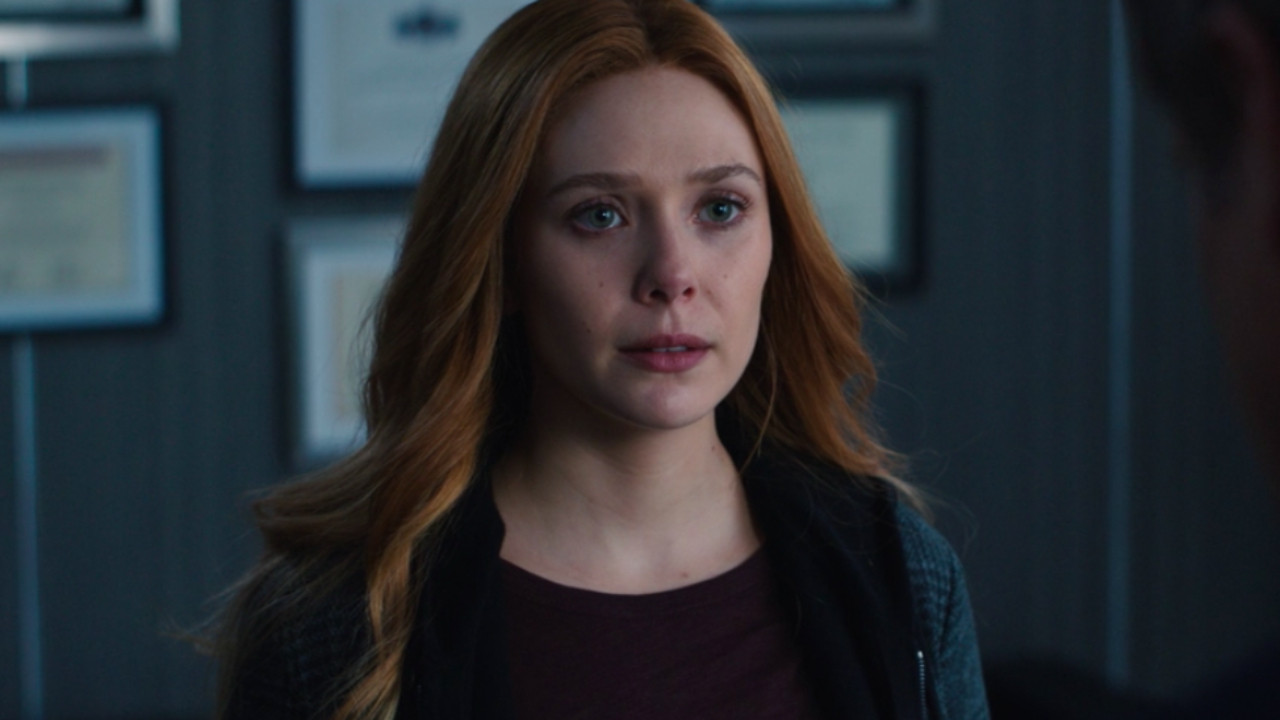 WandaVision Episode 8 ends with a post-credits scene that raises a lot of questions. Warning, spoilers.

Warning, spoilers. It is advisable to have seen episode 8 of WandaVision before continuing to read this article.

Entitled “Previously in …”, the penultimate episode of WandaVision plunges us into the memories of Wanda (Elizabeth Olsen) through key moments in her life that led her to Westview and the creation of “Hex” . Agatha Harkness (Kathryn Hahn) pushes her to relive certain sequences from the past and we understand how Wanda came to create the Hex and disrupt reality. As she wanted to bury the body of Vision (Paul Bettany) to mourn his disappearance, she understands that Tyler Hayward (Josh Stamberg) and his SWORD teams have dismantled the body made of synthezoid vibranium, which the director considers as “the most sophisticated of thinking weapons”. Wanda then goes to Westview where she and Vision had planned to settle down and her grief helps her set up the Hex and create a new Vision to lead a quiet existence in a sitcom vibe. This power comes to her from the “magic of chaos” which, according to Agatha Harkness, makes Wanda the Scarlet Witch (Scarlet Witch, in original version).

This eighth episode concludes with a post-credits scene, which does not bode well for the final episode of WandaVision. In this sequence, Tyler Hayward is seen launching the secret project called “Cataract”, which Darcy Lewis (Kat Dennings) discovered in the sixth episode. This SWORD project concerns Vision because we understand that the branch of SHIELD will use the body of the synthezoid to create a new weapon against magical and extraterrestrial powers. We therefore better understand Wanda’s reluctance towards SWORD, especially since Tyler Hayward lied to Monica Rambeau (Teyonah Parris) by passing Wanda off as the bad guy and only showing a very specific excerpt from the CCTV cameras when Wanda breaks the window to meditate on Vision’s dismantled body.

Tyler Hayward’s teams use Wanda’s power source, whose powers come from the Mind Stone as Vision, taken from a drone made by Stark Industries that has been “contaminated” by the Hex, to bring Vision back to life. Only here, the Vision which comes to life is not the same as the synthezoide that we know. He is almost entirely white, close to his appearance of a corpse that we have already seen in the series. More importantly, this new Vision does not have the Spirit Stone planted in the middle of its forehead but another sort of sparkling gem that is not unlike the appearance of Iron Man’s reactors. If we do not yet know exactly the intentions of Tyler Hayward, we suspect that they are not good and that he has surely created more than a weapon if not a new threat, as Ultron once was.

So could this new Vision be the Avenger, the crazy cameo teased by Elizabeth Olsen? Paul Bettany would he have trolled the fans by evoking this “White Vision” in a roundabout way? The British actor had mentioned this cameo for Esquire : “There’s a theory that says there’s a mysterious Avenger that’s going to appear in WandaVision, and people seem to think it’s Doctor Strange. To be honest, there have been a lot of leaks. majority of the characters we’ve tried to keep a secret. There’s one character that hasn’t been revealed and that’s really exciting. He’s an actor I’ve always dreamed of working with. We have some amazing scenes. together, and there’s a real chemistry between us, which I think is extraordinary. It sparked sparks on set. So I’m really happy that the fans can see that kind of thing. “

Couldn’t this actor with whom Paul Bettany always dreamed of working be himself? It would be surprising if a new character appeared in the last episode of WandaVision, which still has to answer many questions and conclude several story arcs. It could therefore be that we are witnessing a clash between “the Vision of the Hex” and the “White Vision” since in the various trailers of the series, we see Wanda and the Vision of the Hex allying themselves to protect Westview. Sadly, the Vision of the Hex does not survive exiting Westview and their future is doomed. Wanda might hope to find her soul mate in ‘White Vision’ but she will also be disappointed. If we refer to the comics, Vision had been dismantled and then rebuilt by Hank Pym but in a “white and emotionless” version and his relationship with Wanda had suffered greatly.

Teyonah Parris has promised a tragic end to the season and it therefore seems that we are approaching this disastrous outcome. In addition, all the theories on the big bad of WandaVision, whether it is Mephisto, Magneto or Nightmare, fall into the water before this grand finale, just like those on the beginning of the Multiverse. But another theory resurfaces: that of the presence of Ultron, who would have saved in the Nexus (mentioned in one of the ads of the series), the global nucleus of the Internet in Oslo, where Tony Stark went in Avengers: Age of Ultron, and where JARVIS had defragmented itself to counter Ultron. It could be that Ultron saved himself in the Nexus while waiting to find a solution to recover Vision’s body. In the meantime, the most likely outcome is a fight between the two Visions and Wanda could once again lose her beloved synthezoid.