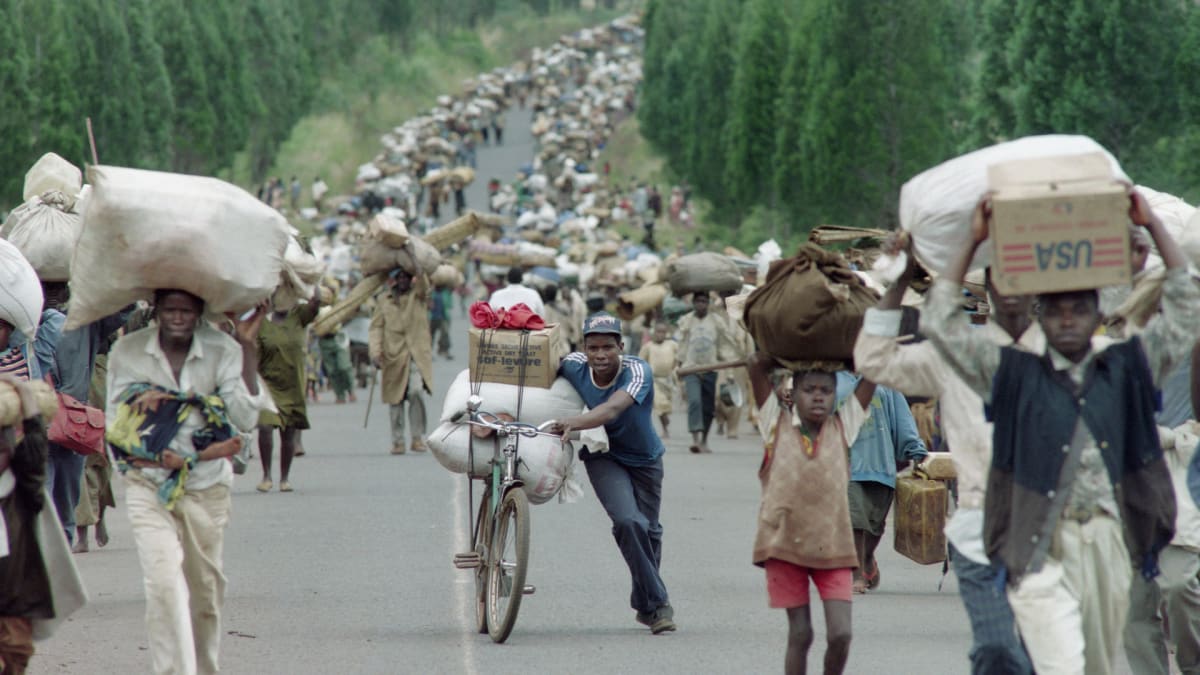 On April 7, 1994, violence fueled the launch of what was to become the worst episode of genocide since World War II: the massacre of approximately 500,000 to 1 million innocent Tutsi and moderate Hutu civilians. Following the first wave of massacres, Rwandan forces succeed in discouraging international intervention with the murder of 10 Belgian peacekeeping officers. The Tutsi, a minority group that made up about 10 percent of the Rwandan population, received no assistance from the international community, although the United Nations later acknowledged that only 5,000 initially deployed soldiers would have ended the massacre. en masse.

The immediate roots of the 1994 genocide can be traced back to the early 1990s, when President Juvénal Habyarimana, a Hutu, began to use anti-Tutsi rhetoric to consolidate his power among the Hutus. From October 1990, there were several massacres of hundreds of Tutsis. Although the two ethnic groups were very similar, sharing the same language and culture for centuries, the law required registration based on ethnicity. The government and the army began to round up the Interahamwe (meaning “those who attack together”) and prepared for the elimination of the Tutsi by arming the Hutus with rifles and machetes. In January 1994, United Nations forces in Rwanda warned that larger massacres were imminent.

On April 6, 1994, President Habyarimana was killed when his plane was shot down. It is not known whether the attack was carried out by the Rwandan Patriotic Front (RPF), a Tutsi military organization stationed outside the country at the time, or by Hutu extremists who were trying to provoke a mass slaughter. Regardless, the Hutu extremists in the army, led by Colonel Theoneste Bagosora, immediately jumped into action, murdering Tutsis and moderate Hutus within hours of the crash.

Belgian peacekeepers were killed the next day, a key factor in the withdrawal of UN forces from Rwanda. Shortly thereafter, Rwandan radio stations appealed to the Hutu majority to kill all Tutsi in the country. The army and the national police led the massacre, sometimes threatening Hutu civilians when persuasion did not work. Thousands of innocent people have been killed with machetes by their neighbors. Despite the horrific crimes, the international community, including the United States, has been reluctant to take action. They mistakenly attributed the genocide to chaos in the midst of tribal warfare. President Bill Clinton later called America’s inability to do anything to stop the genocide “the biggest regret” of his administration.

It was left to the RPF, led by Paul Kagame, to begin an ultimately successful military campaign for control of Rwanda. In the summer, the RPF had defeated the Hutu forces and had driven them out of the country and in several neighboring nations. However, by that time, around 75 percent of the Tutsi living in Rwanda had been murdered.