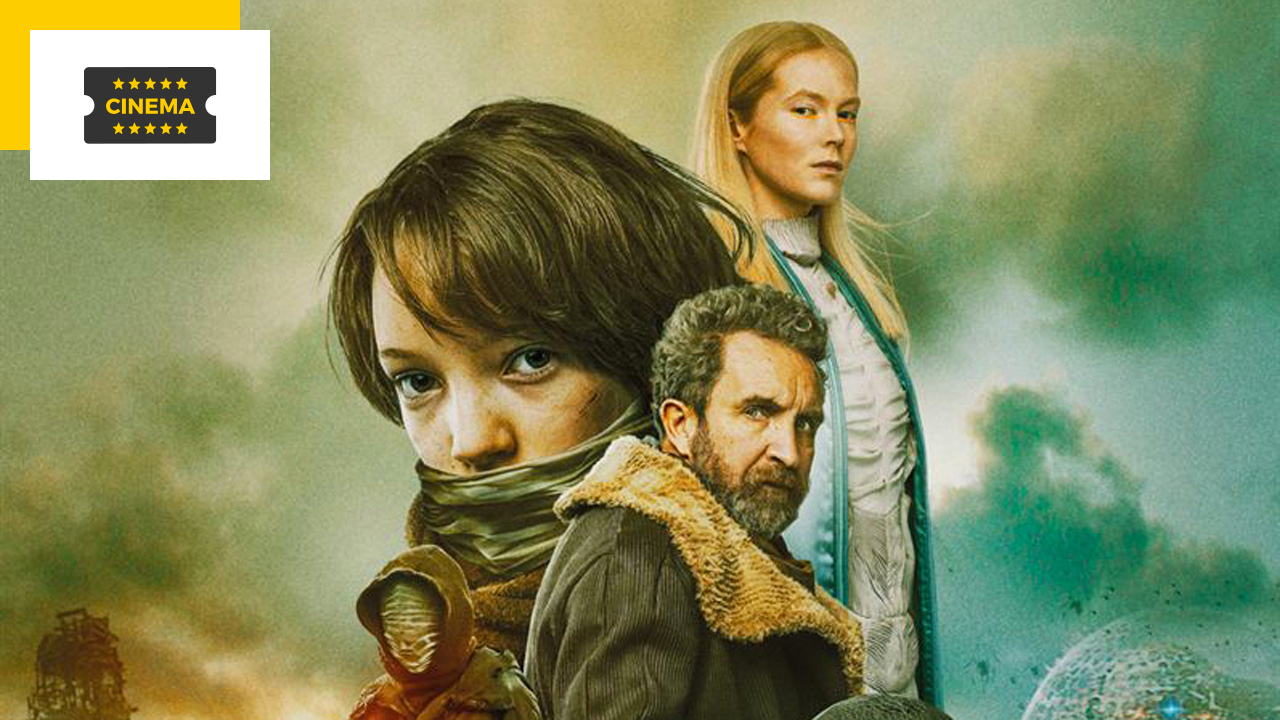 Ambitious SF epic, Vesper Chronicles will land on August 17 at the cinema. Discover the trailer for this intriguing feature film which promises to be the little nugget of this summer.

Expected August 17, Vesper Chronicles takes us to a post-apocalyptic future, where ecosystems have collapsed.

Among the survivors, a few privileged people have taken refuge in citadels cut off from the world, while the others are trying to survive in a nature that has become hostile to man.

Living in the woods with her father, the young Vesper dreams of having another future, thanks to her talents as a bio-hacker, highly precious in this world where nothing grows anymore.

The day a ship from the citadels crashes with a mysterious passenger on board, she tells herself that fate is finally knocking at her door.

This astonishing film is carried by a promising young actress, Raffiela Chapman. The 14-year-old Briton was directed by a filmmaking duo, the Lithuanian Kristina Buozyte and French Bruno Samper. Vesper Chronicles is their second feature film after Vanishing Waves (2012).

To develop their vision, the two artists worked on this universe for several years, during which they sharpened their approach to genetics as the logical evolution of science.

“This idea that the more technology will advance and evolve, the more it will integrate with living things and become totally organic.

Today we are beginning to store digital information on DNA. The next revolution will undoubtedly be that of synthetic biology, it has already accelerated significantly during the pandemic”says Bruno Samper.

The next revolution will undoubtedly be that of synthetic biology.

In order to set up this universe, the filmmakers were inspired by photos of plants, insects, jellyfish, aquatic organisms.

“I’m a huge fan of Jean Marie Peltwho had this show in the early 80s, “L’Aventure des Plantes”, but also Rene Laloux and Roland Toporcreators of The Savage Planet.

You can also find references to Jim Hensonat Miyazakibut also to designers like Neri Oxman, architects, especially in prospective architecture”explains the director.

Produced on a small budget, Vesper Chronicles required a lot of ingenuity from the directors. For the sake of economy, they shot in Lithuania.

“We wanted to create a very dark fairy tale, aimed in particular at adults. We immediately thought about how to integrate the advantages of filming in Lithuania, a country that is magnificent in terms of its nature, its forests, its rivers , its landscapes”emphasizes Kristina Buozyte.

For the director, every decision must include a reflection on the budget. “This is our second sci-fi film that requires special effects, after Vanishing Waves. We have the experience.

We know where the moneyshots should be, how to get the most out of budget constraints. We don’t want to make a Hollywood movie with digital effects all over the place. You have to be smart, show more with less”she says.

A SOCIAL AND ECOLOGICAL MESSAGE

The feature film also carries a strong message on social and environmental themes. According to Kristina Buozyte, beyond the framework of science fiction, Vesper Chronicles is also an initiatory story carrying a message for our society which is turning more and more towards escapism.

“Faced with problems – economic, social, political – more and more people prefer to flee rather than confront and solve them. Our protagonist, Vesper, is no exception.

Faced with problems – economic, social, political – more and more people prefer to flee rather than confront and solve them.

She is a talented teenager, who never resigns herself to being a victim and who uses her skills and energy to escape her sad reality, pursuing the dream of a Promised Land.”analyzes the filmmaker.

But when Vesper realizes it doesn’t exist, she must use her potential to create this Promised Land where she is.

“The story also criticizes a system that dries up the Earth’s resources, drives the wedge between an oligarchy and the people, and perpetuates that separation by selling out and regulating all innovation”concludes Kristina Buozyte.