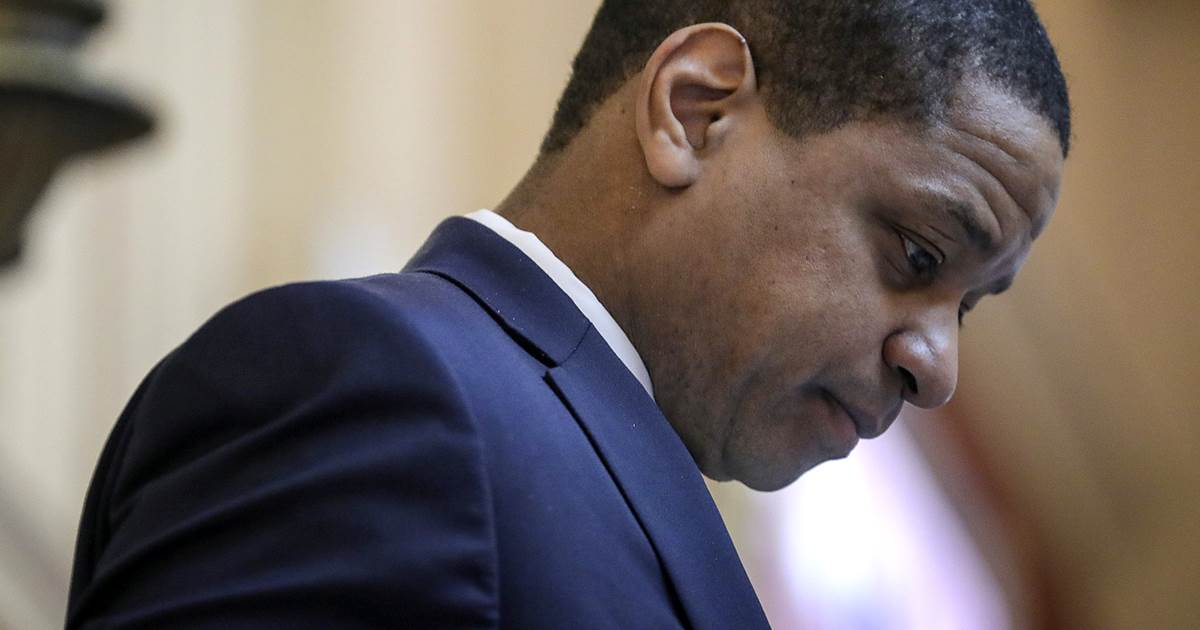 WASHINGTON — Virginia Lt. Gov. Justin Fairfax said during the state’s Democratic gubernatorial debate Tuesday night that he was treated like George Floyd and Emmett Till when Democrats immediately called for his resignation after two women accused him of sexual assault in 2019.

Toward the end of the hour-long televised debate at Virginia State University in Petersburg, Va., Fairfax answered a question about the future of policing in the state with a broadside against former Gov. Terry McAuliffe, who is running for the office again.

“The murder of George Floyd was horrific,” Fairfax said. “But it recalls a history in Virginia and in our nation where African Americans, in particular African American men, are presumed to be guilty, are treated inhumanely, are given no due process and have their lives impacted, in some cases taken away in an instant.”

Fairfax, who is Black, then raised the example of the allegations in 2019, saying he was “falsely accused” of sexual assault. Fairfax specifically singled out McAuliffe’s response when the allegations surfaced. The other candidates had also called for his resignation following the allegations.

“Everyone here on the stage called for my immediate resignation, including Terry McAuliffe three minutes after a press release came out,” Fairfax said. “He treated me like George Floyd; he treated me like Emmett Till — no due process, immediately assumed my guilt. I have a son and a daughter. I don’t ever want my daughter to be assaulted, I don’t want my son to be falsely accused. And yet this is the real world that we live in.”

In 2019, Meredith Watson alleged she was raped by Fairfax while they were students at Duke University in 2000. Vanessa Tyson accused Fairfax of forcing her to perform oral sex in 2004 while they were both at the Democratic National Convention in Boston.

Fairfax denied the accusations and said he would remain in office. He also called for an FBI investigation into the claims and said his encounters with the accusers were consensual.

McAuliffe’s campaign declined to comment about Fairfax’s remarks at the debate.

Lauren Burke, a spokesperson for Fairfax, told NBC News that the lieutenant governor was trying to point out that he had to ask numerous times for investigations into his allegations, to no avail.

The debate was one of four for the Democratic gubernatorial candidates, but the only debate before in-person early voting begins in the commonwealth on April 24. The Democratic primary election takes place on June 8.

Deepa Shivaram is a 2020 campaign embed for NBC News.