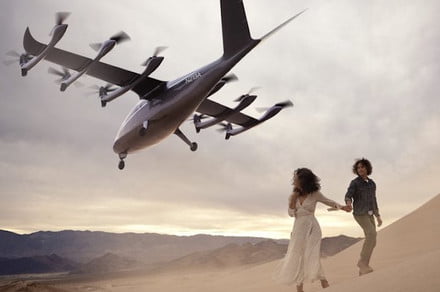 United Airlines is betting big on urban mobility with plans to purchase 200 electric vertical takeoff and landing (eVTOL) aircraft for deployment “within the next five years.”

The carrier wants to use small aircraft from California-based aviation startup Archer to shuttle its customers from urban areas to nearby airports for their main flight, though the deal, and the aircraft itself, require regulatory approval before any shuttle service can launch.

United’s order is part of a $1 billion investment in Archer to help with the development of the aircraft, and also offer expert advice on the design of the battery-powered, short-haul “flying taxi.”

“By working with Archer, United is showing the aviation industry that now is the time to embrace cleaner, more efficient modes of transportation,” United CEO Scott Kirby said in a statement. The airline added that using Archer’s eVTOL aircraft could reduce carbon dioxide emissions by 47 percent per passenger on a trip between Hollywood and Los Angeles International Airport — one of the cities where Archer wants to launch its fleet.

Archer, which started life in 2018, described news of United Airlines’ involvement as “a monumental day” for the company as it works “to bring urban air mobility to the masses,” with a full-scale model of its aircraft set to be unveiled later this year.

Today is a monumental day for Archer – we announced our deal to go public and a $1 billion order from United Airlines. We&#39;re excited to work alongside our amazing partners, $ACIC, @united, @Stellantis and more, to bring urban air mobility to the masses. https://t.co/HqlpdfDhGt

Archer’s electric aircraft will have a range of up to 60 miles and be able to carry four passengers at speeds of up to 150 mph.

The ability of the multi-rotor machine to fly straight up and down, in a similar way to a drone, removes the need for a runway, enabling the aircraft to, in Archer’s own words, “fit into the fabric of cities.”

The eVTOL market is growing rapidly as more companies envision a future where small electric aircraft offer short hops over gridlocked streets to get people across town — or to nearby places such as airports — quickly, quietly, and cleanly. Archer’s aircraft needs a pilot to fly, though some eVTOL vehicles are being designed to operate autonomously.

Check out some of the awesome designs currently in development.