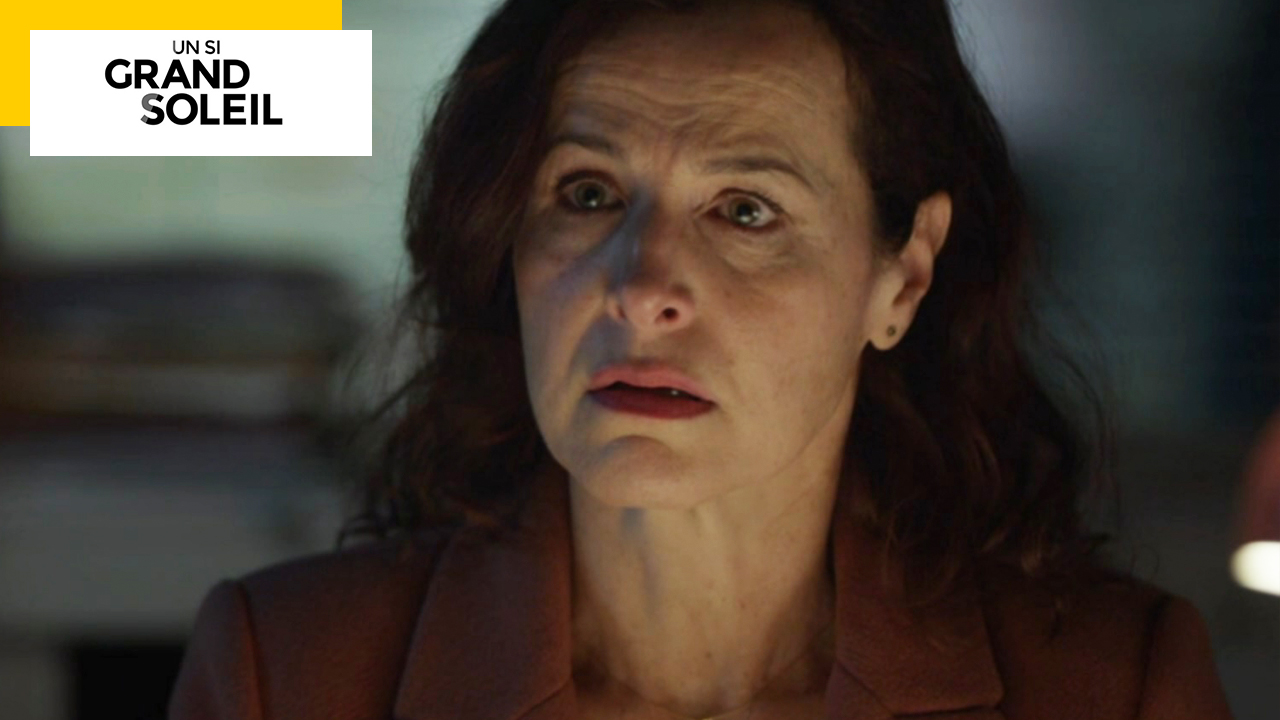 In the last episodes of “Un Si Grand Soleil”, the nurse’s yet idyllic life turned into a nightmare. After being unfailingly supportive of her, Hélène, her ex-colleague and friend, will finally reveal her true face…

Tonight in Such a Great SunHélène will be questioned by the police following the results of Claire’s toxicological analysis indicating that she was drugged with GHB when she fell asleep at the nurse’s.

Her fears now confirmed, Claire understands everything: her dismissal from the hospital after accusing Janet of having made a compromising prescription disappear, the attempted rape she suffered at the Senso after being drugged, the stolen photos that almost shatter his couple…

For her, everything was orchestrated by Hélène, her ex-colleague, who slowly but surely interfered in her life over the days. Jealousy, obsession, sadism… Why did the nurse act like this towards Claire? For Sophie Le Tellierhis interpreter, the reason is linked to a medical treatment that would have derailed Hélène.

“[Les scénaristes] knew it from the start“, she confides. “Early on, my character was seen taking blood pressure medication. So they knew that was what was really going to piss him off.“

“Everything comes from there: Hélène takes this medicine, and it has side effects on her that make her completely lose her mind.“, she continues. Questioned by the police, Hélène will deny having kidnapped and drugged Claire. But while searching her locker, Elise and Yann will discover boxes of drugs against hypertension, and … a bottle of GHB.

Present during the search, Janet indicates that some patients sometimes need them during their treatment, but that it is strictly forbidden for staff to keep them in their personal effects. Later, during her interrogation, Hélène is going to deny it altogether, and accuse Claire… of having sent her love signals for months because she would be in love with her.

“I had done research on the subject accordingly, and there are indeed drugs that make you lose your mind, that make you suicidal, depressed, paranoid…” continues Sophie Le Tellier. “The effects of the drug making her distance herself from all her actions, she is unaware of what she has done when she finds herself at the police station. We can see that she has flipped.“

Following these statements, Claire and Janet will then understand that the mysterious prescription signed with the name of this last discovery by Claire several months earlier, and which had triggered hostilities between the nurse and her superior after the accidental death of a patient, was actually a scheme by Hélène to get Claire out of the hospital.

What finally ease the tensions between the two women, to the point that Janet offers Claire, now a liberal nurse, to return to her workforce. Hélène, for her part, is likely to spend some time behind bars…

Currently filming on the daily, Sophie Le Tellier revealed to us a little more about the future of her character. “She will then be followed by a shrink and do a little prison, and her lawyer will base her defense on the effects of this drug against hypertension.

Read Also:   Les Invisibles on France 2: "I wanted Marie-Jo to be very close to people" according to ...

“I feel like the writers now want real redemption for my character. So maybe I’d be really surprised and that in six months, I’m going to go crazy again, but in any case where we are today, we put it all down to the drug.“

According to her, Hélène could then be released from prison earlier than expected, after her lawyer directed her defense to the fact that she was not aware of her actions. “And there, among the things we’re shooting at the moment, they made me live a love story with someone… but I wouldn’t say who“, she laughs.

A statement that echoes about Mélanie Maudran last April. “When Claire will learn who Hélène fell in love with, I can tell you that it will not calm their relationship!” she slipped. It would seem that Claire is far from being rid of her new best enemy…