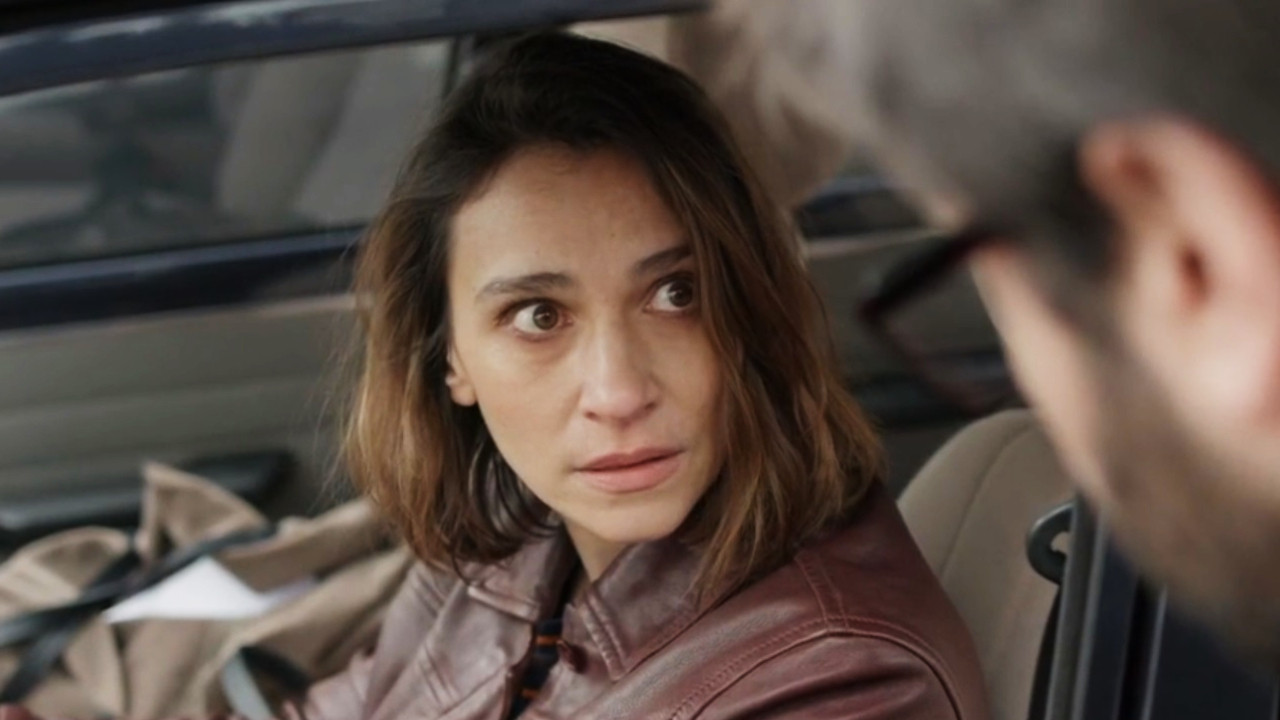 Previously on Un Si Grand Soleil, Julie discovered that Alex had lied to her about his identity and had broken up on the spot. Will she draw a final line on the policeman despite their mutual love at first sight? His interpreter confides.

Before joining Un Si Grand Soleil in the role of Julie, currently at the heart of one of the plots, had you already auditioned for other roles in the series?

Sophie Staub: Yes, I had auditioned for two other roles, that of Sofia and that of Elsa. I run into Joanna Delon, the casting director, regularly when I’m trying out for roles, and she is kind enough to call me often. For the role of Julie, I applied in “self tape”, it is done more and more at the moment with the health problems that we know …

Was it fun to give the answer to Benjamin Bourgois, who is your partner in life?

It was great yes! We had already worked together in the theater, and besides, I had met him in theater school since he was my teacher. (laughs) We are used to seeing each other work, and there it was very pleasant to play a couple who meet, with all this phase of seduction. When you’ve been a couple for a long time, it’s quite pleasant to go through that again!

Yes, especially since it is a plot that is both light and serious, with a bit of comedy and romance …

Completely, there was a lot to play, it was very rich. It starts with love at first sight, and then we go into something more intense, emotion … It’s a nice role that I had to defend, and it was very cool to play it with Benjamin who is a very pleasant partner. (laughs)

Julie is caught in a vice with on one side Jérémy Charvet, this violent ex who wants to get her back at all costs, and on the other what started as an innocent flirtation with Marc / Alex, and who turns out to be the police. How did you imagine this character?

The starting point for Julie was to tell herself that she was someone who had a very slightly sulphurous background, we imagine that she hung out with not very clear guys … Nothing bad on her part to her, but maybe she had an attraction to bad boys. She also comes from the nightlife since she is a barmaid; there she works in a luxury hotel, but we can also imagine that she worked in bars, made seasons in Ibiza … I told myself this kind of thing.

For me, Julie is a bubbly and jovial girl, very free, who does not necessarily have a dark side, but who is perhaps attracted to unsavory dating. I imagine that the story with Jérémy having gone very badly, it may have marked a turning point in his desires: to turn now to healthier and less dangerous people! What she smells in Alex, finally Marc. She thinks he looks caring, kind, and that changes her.

Did you take a few mixology lessons to prepare the character?

Classes, no, but that said I try to train at home. I haven’t had any shaking sequences yet, maybe it will! I try to take the hand a little, I follow mixology and bartender accounts on Instagram, but for the moment we see quite little Julie behind her bar … Maybe it will come!

By discovering that Alex lied to him about his identity, we can imagine that Julie will have a little trouble forgiving him, especially if she has already had a difficult history with men …

I think she’s going to be a little upset for a while, but there in what was shot, things are going to work out between Alex and Julie. There was a real crush on both sides, and she fell in love fairly quickly. Afterwards, I don’t know what has been written for the sequel, but what is certain is that it will come back, even if I do not know the content of what is planned for Alex and Julie.

We can ask ourselves the question because it is true that until now, Alex has been quite unlucky in love, and the situation with Julie seemed quite perilous and risked to compromise him vis-à-vis his hierarchy …

Maybe not ! Their differences can prove to be a strength. I have the impression that the couples that work are those where there is a certain complementarity. I find that the two characters can have this thing, between the temperance of Alex and the good living side of Julie who will take him out of his comfort zone. And it’s funny because it looks a bit like us, Benjamin and me.

Do you have other projects currently on the fringes of everyday life, in which we could find you?

At the moment I am exclusively on Un Si Grand Soleil, I have no other projects to come at the moment. That, and my life as a young mother with my baby and my little boy, also takes me a lot of time. I am happy that these are not too busy work periods because I am happy to be able to take care of my children as much as possible for the moment. Acting is terrible: when you have too many projects you would like to have more time for your family, and when nothing happens it’s scary! I do a lot of theater too, and in relation to this area the current situation has created a real chasm in the projects.

Un Si Grand Soleil in advance: summary of the episode of Tuesday, May 18, 2021 [SPOILERS] – News Series on TV