Un Si Grand Soleil: the death of Aurore, Becker’s infidelity… The revelations of Yvon Back… 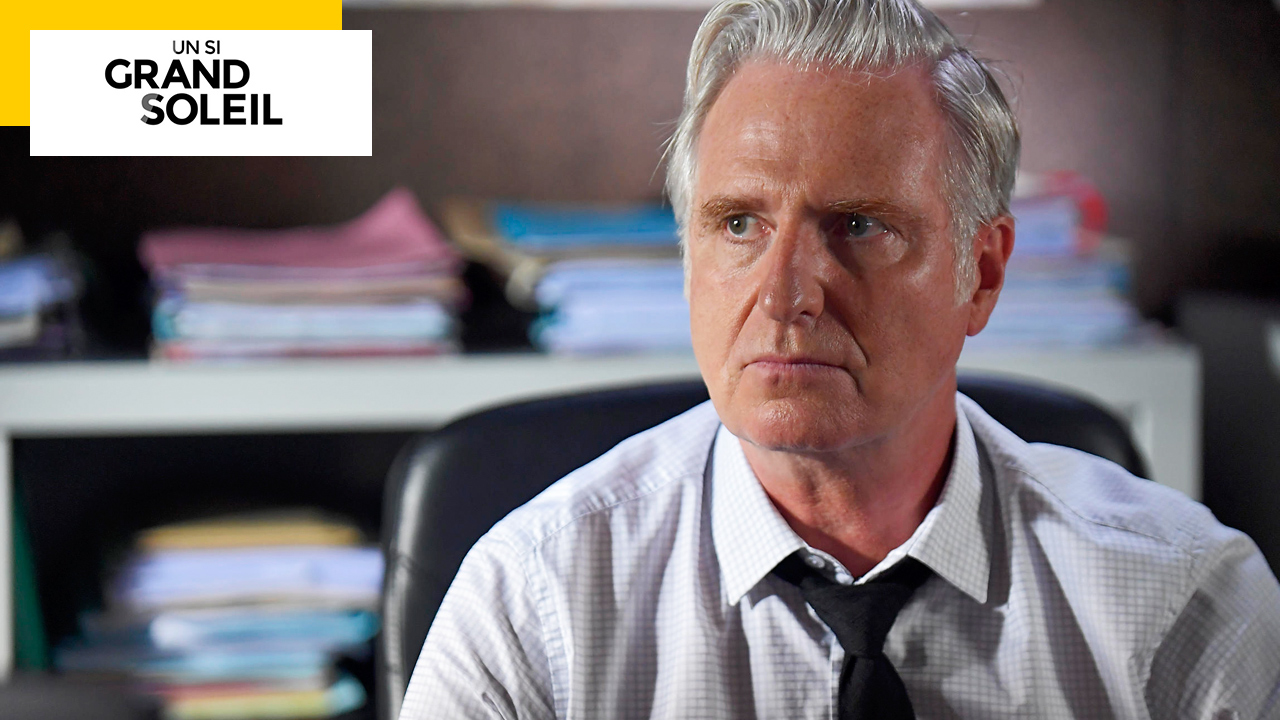 Aurore’s death will have a terrible impact on the Grasset-Becker family in “Un si grand soleil”. Yvon Back, the interpreter of Commissioner Becker, tells us more about what awaits his character during the next episodes of the series.

In the latest episodes ofSuch a Great SunClement married Janet (Tonya Kinzinger), but he then had an affair with his ex-wife, Claudine (Catherine Wilkening). During a party, when the two women met in front of him, we could feel a certain uneasiness in Becker because Janet is unaware of his infidelity…

Yvon Back : Absolutely. And she doesn’t know that, of course. Claudine knows it – well, I hope she remembers! (laughs)

Will she eventually find out?

That is a question that must be asked of the authors. Me, I do not know. For now, this story is on hold. I still have a few sequences with Claudine that are fun to shoot, because Becker is uncomfortable with that. He develops a kind of guilt like that, and then we established a relationship between them where Claudine scares him a little now. But I imagine they will use it at some point…

Recently, Becker has also invested a lot to protect his daughter Sabine, who found herself involved in an accident… Seeing him deepen his ties with his family also allows the character to take the character out of his professional setting.

Yes, office sequences, with the judge, which still represent sixty percent of what I do. And then play with Gaela Le Devehat, it’s a joy because in addition to being a great actress, she’s a very nice girl. I’m not against the idea of ​​having footage anywhere other than Becker’s office.

Enzo (Teilo Azais) will fall in love with Aurore, who will end up dying during an investigation that goes wrong. Can you tell us more? Will he blame Becker for being responsible for this tragedy, or for not having been able to avoid it?

Indeed, this girl is killed in the arenas of Lunel where we shot for the occasion. It’s going to be a very nice sequence. And indeed Enzo considers his grandfather partly responsible for the death of this girl, who in reality manipulated him and wished him harm. For now, we are there. I believe that the writers have the idea of ​​developing a somewhat conflicting relationship with Becker, Florent and his family too, because he holds us responsible for the death of this woman he loved.

Will your character investigate this case despite the family connection he has with Enzo?

So no, until she dies I do not participate in the survey, because indeed I am too invested in it. In the sequence that takes place in the arenas of Lunel, we want to stop them, Enzo will be aware of this false appointment that we have set up to trap them. He then arrives at the crime scene, and I try to stop him.

What then awaits your character in the next storylines?

There, I am very much on new police investigations. We have a few little sequences together with Janet, I have other sequences where I ride a bike with Frederick van den Driessche (Alain, editor’s note) and a bit of jogging, a birthday… But for the moment with Tonya we don’t have any more developed plot to come.

How do you see the evolution of your character since you arrived in the series? He was a simple police officer and then, little by little, we fleshed him out with family, love stories…

I had never done a soap opera before doing this one, and it’s a bit special to arrive on a project like that, because you don’t know what awaits you. I had a vision on the character at two sessions, which is to say not much. Toma de Matteis (the producer of the series, editor’s note) had told me about the project, but nothing more. And it built up little by little.

I think before the writers develop a character, they certainly have ideas, but they wait to see the embodiment, and what the chosen actor is going to do with it. For me, it went well, they were happy that I was there and I had fun in this character quite quickly. Suddenly, there is a kind of porosity between what I brought and what they offered.

This is precisely what we like about Becker: he may be someone very straight and square in the police, there is always a part of humor that emerges from him.

Yes, it was I who brought this little ironic distance. On the soap opera, I had no idea at first who Becker was at first. And at one point, because it disturbed me a little, I decided to bring it to me a little. I took this freedom, they liked it and then they write according to what I could offer. In a soap opera, I think the actors are led to offer personal things at some point, necessarily.

Interview in Montpellier in June 2022.