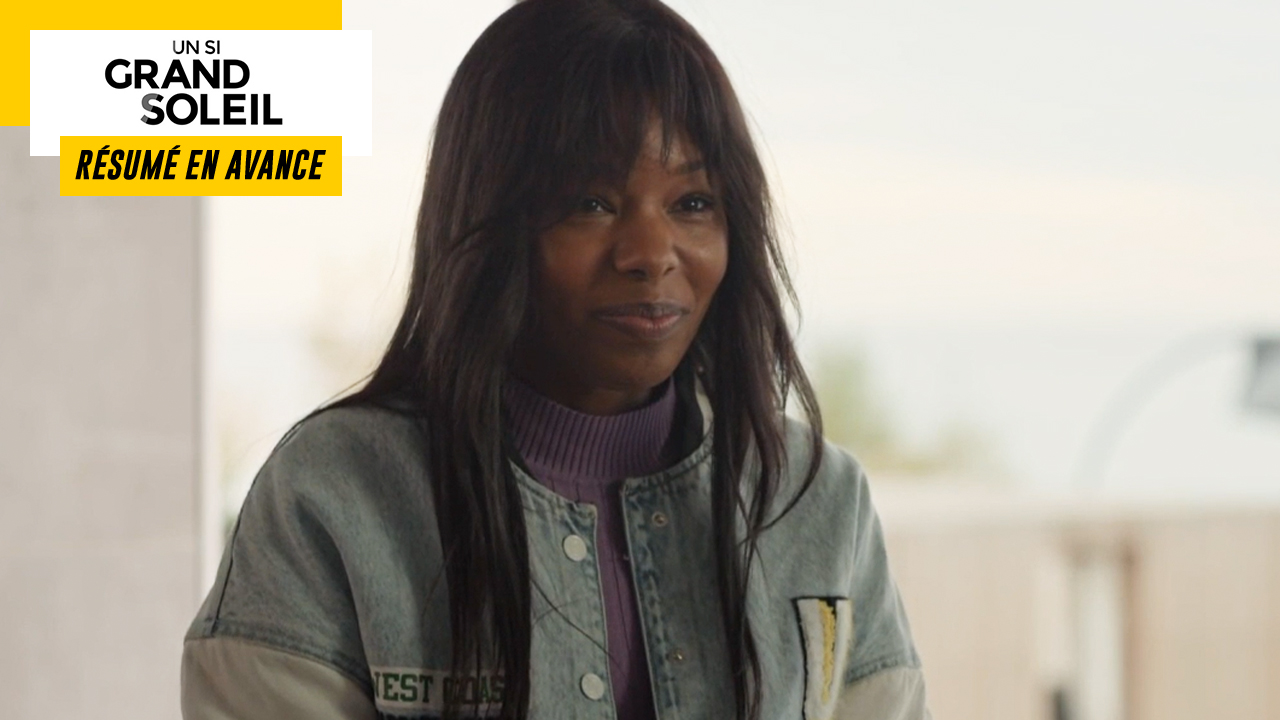 In the next episode of “Un Si Grand Soleil”… While the noose is tightening around Moreau, Inès is looking for work.

THE VICE IS TIGHTENING AROUND MOREAU

Although she is relieved to have avoided pre-trial detention, Anissa is on the other hand dismayed that justice sees her as a criminal. However, Florent is not worried. The police having no evidence, the lawyer knows full well that there will be a dismissal. He therefore asks his client to keep hope.

Meanwhile, Yann and Élise absolutely want to arrest Erwan’s accomplice and summon Yasmine to help them. Unfortunately, the mother of the family does not remember anything that can help the investigation progress. Élise therefore lists the dates and places of each of her meetings with Moreau.

For his part, Florent found the contact of a colleague who defended two dealers with whom Leo worked. The lawyer therefore intends to call him to find out if there is a link with Erwan.

Not far from there, Yasmine finds her daughter at the exit of the police station. Both moved, they hug each other with relief. Although they are not out of the woods yet, they promise to be there for each other.

At the hospital, Janet learns that Yasmine was stealing keys to patients’ properties without knowing what she was doing with them. The facts being very serious, the director of the establishment is obliged to take measures and dismissal for serious misconduct is not excluded.

At the same time, Commissioner Becker takes stock of the investigation with his teams. As they have few elements at their disposal, they agree to re-interview the owners of the cars they have met over the past two weeks and show them the composite portrait established by Yasmine. The police thus hope to find Erwan’s accomplice.

At nightfall, Moreau meets a prison guard who sends him a message from Erwan. The latter informs him that Yasmine has started throwing them at the police. To the extent that they can trace him back, the prisoner summons him to fix the problem quickly.

INÈS IS LOOKING FOR WORK

A week before the opening of their club, Alix and Virgile have managed to recruit one of the trendiest chefs in the region. If they seem ready for the inauguration, Justine reminds them that they have very few members at the moment and that they will not be able to pay the employees. Despite everything, Alix and Virgile are not worried, certain of being able to achieve this.

Meanwhile, Inès is looking for a job and turns to Dylan. Unfortunately, the young man can’t really afford to hire anyone at the moment. Having heard that Virgile was setting up a club, he urged him to apply

Later, Inès goes to the Senso where Virgile and Alix give her an interview. If she admits that she has no experience as a waitress, she is however very motivated.

Subsequently, Dimitri confirms to Virgile having promoted his club to those around him. Although many people seem interested, unfortunately they have not yet joined the club. Not understanding what is blocking him, Virgile will have to find another strategy to find customers quickly.

Not far from there, Alix has lunch with Laetitia and asks her to promote the Senso to her wealthy customers. She would like to do him a favor but according to rumor, the Senso will be a sulphurous place. The banker therefore does not want to tarnish her professional image.

At the same time, Inès announces to Gary and Enric that she may have found a job as a waitress at Senso. The two men having heard of the bad reputation of the club, they push the young woman to look for another job. Exasperated, she leaves.

In the afternoon, Alix and Virgile try to find a solution to attract customers. If the latter plans to lower the price of the subscription or even the drinks, Alix refuses categorically. Virgil therefore has another idea but fears that he will not like it.