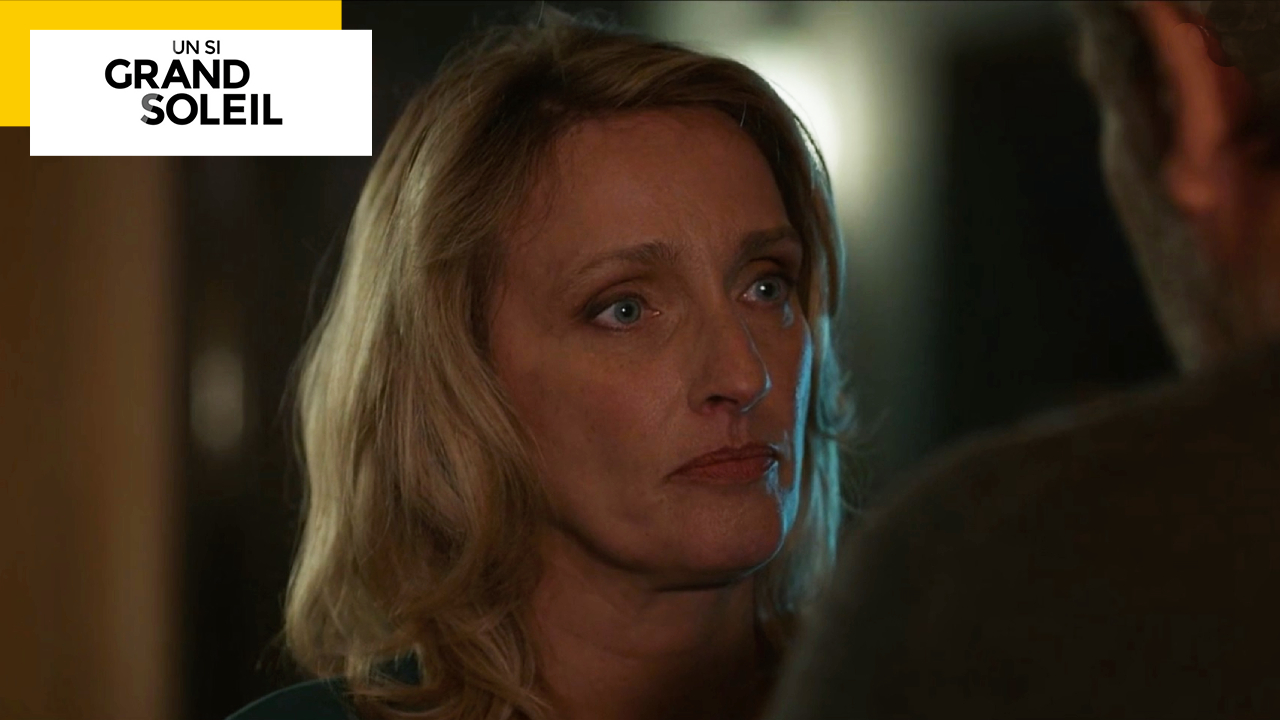 In the next episode of “Un Si Grand Soleil”… While Elise makes another breakthrough in the investigation of the Senso, Jade discovers that the stolen mirror is a counterfeit. Meanwhile, Claudine wakes up.

Wednesday, June 29 in such a big sun…

Elise makes a discovery about the Senso

Going through the insulting messages addressed to the Senso on social networks, Elise identifies a recurring profile among Internet users: a certain François Redon, whose name appears in the police files following the disappearance of his daughter three years earlier. . She worked in a bar, the Vanita, which was the old name of the Senso. Becker then suggests that he summon him to the police station.

He then receives a call from Sabine, telling him that Claudine has left the resuscitation room. As he goes to the hospital, Alain examines the lawyer, who remembers being attacked in the club’s parking lot. Surrounded by her loved ones, she comes to her senses with relief. Becker assures her that they will do everything to find her attacker, and Claudine, who no longer remembers their altercation, was however marked by one detail: the man was right-handed.

While Sabine, Enzo and Becker are rejoicing at their reunion with Claudine, Janet, who was about to enter the room, overhears their conversation and changes her mind to let them spend some time with the family.

Later, Elise summons François Redon to the police station, who asks her if the police have discovered any new information about his daughter’s disappearance. She explains to him that he is not there for that, but to explain himself about the hate messages published online against the Senso. Disillusioned, he explains that this place disgusts him, because it is there that his daughter died.

Elise then asks him what happened, because the disappearance of his daughter three years earlier was dismissed for lack of information. François explains that his daughter was a waitress at Vanita, the club’s old name, and that she was terrified of working there. One day, she never returned from her service. However, the gendarmes botched the investigation: according to him, she would have died there.

Following this interview, Becker considers that François could be a potential suspect in connection with the various incidents that have hit the club, especially since Elise discovered that he was a mechanic and could very well have sabotaged Sofia’s van. . The commander then decides to call the prosecutor to indict the man.

In the evening, at Senso, Alix blames the blow after a new cancellation of the privatization of the club. Virgil understands that customers may feel scared after Claudine is attacked in the parking lot. Alix may put it into perspective by explaining to him that the lawyer is out of the woods, Virgile darkens. In a resigned tone, he announces to his partner that he has thought about it and wants to stop taking care of the Senso.

After leaving him a message the day before, Ludo finally receives a call from Jade, who offers to see him again the same evening. Delighted, the young man accepts. Jade hangs up and leaves to find her accomplice Alban to drop off the luxury mirror they stole from their fence, José.

During this time, Bertrand Dardel, the owner of the stolen mirror, makes an inventory of the burglary with Alex and Thierry. He tells them that the one who broke into his house was a real expert, because only his valuable mirror, estimated at several hundred thousand euros, was stolen from him.

Alex asks him if he suspects anyone around him, and Dardel points without hesitation to his new housekeeper, a young dark-haired woman in her thirties with glasses named Géraldine, who was the only one with a double. of his keys and the alarm code. Hearing his description, Alex winces.

Meanwhile, José examines the painting and informs Jade and Alban that it is a counterfeit, which will not earn them more than five hundred euros. He believes that the owner himself was taken in. Jade is upset because she will have to find a new job.

Once the police officers have left, Dardel contacts his companion to tell her that her cleaning lady has stolen his fake luxury mirror, and sneers explaining that she has done him a great service by ridding him of this cumbersome counterfeit, because given that he had a false certificate of authenticity, his insurance will have to cover it up to the price of the real object. In the end, he comes out on top.

Later, Jade goes to Gary’s campsite where she has found a new temporary home. She settles there, and once rid of her bulky host, creates a dozen new fake profiles on home service sites, with a lot of accessories and wigs, before joining Ludo for their appointment. .

While they share an accomplice moment on the beach, Ludo admits to Jade living in an intergenerational shared apartment, whose owner is a retiree. Jade is surprised.