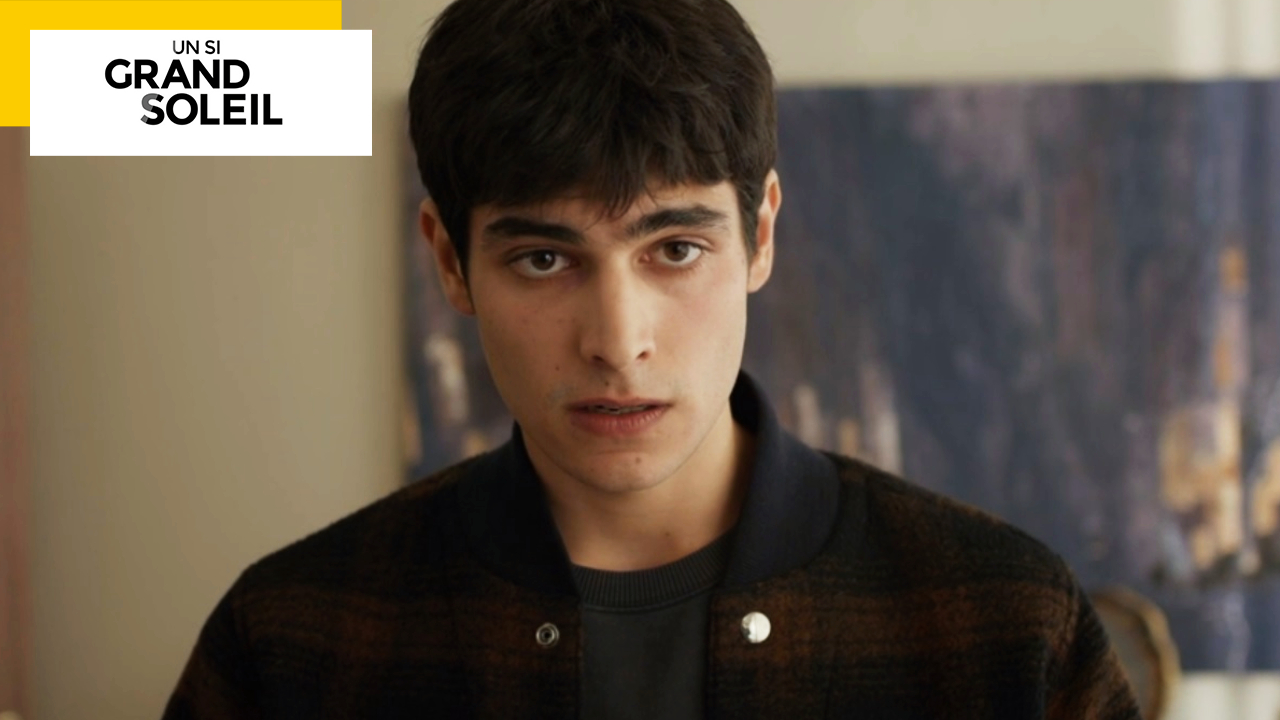 In the next episode of “Un Si Grand Soleil”… While Virgile decides to take the lead in proving Alix’s innocence, Louis is summoned by the principal of his high school.

Wednesday, June 22 in such a big sun…

Virgil goes to the zoo to confront Ludo after the police show him a picture of him at the Senso’s opening night chatting with Alba. He explains to her that the police think that he and the escort knew each other, and that this could create additional trouble for Alix.

Ludo protests that he does not know this young woman, but specifies that he guessed that she was indeed an escort. Nor, according to Virgil, did Alix know her. Someone is trying to frame her, and he needs her help to get her out of jail.

During this time at the police station, Becker gives an update with Yann on the investigation targeting the Senso, because they received the expert’s report following Sofia’s car accident. They discover that the delivery van’s braking system has been sabotaged, confirming that the club was indeed targeted.

As for the suspicions of pimping towards Alix, with the exception of Alba’s testimony, and that of Ludo, of whom they are wary because the latter is very close to her, nothing comes to corroborate prostitution activities at the Senso. Becker comes to believe that someone is deliberately trying to harm the club, and asks Yann to cross-examine Alba before releasing Alix from custody.

Virgil then visits Claudine, who takes care of Alix’s defense. Convinced that Alba was paid to trap Alix, he submits his theory to the lawyer. But for Claudine, no tangible proof comes to support this track.

Annoyed, Virgil decides to meet Alba to question him directly. The lawyer advises him not to do so because he could be accused of witness subordination, and promises to put everything into evidence to free his partner. As Claudine leaves her office, Virgile discreetly takes a picture of Alba’s contact details in her file.

At the station, Yann announces to Becker that Alba maintains her version of the facts: Alix would have paid her to work as an escort at the Senso. However, he found the young woman more feverish than the first time and finds this suspicious.

Alix and Claudine are then received in the office of judge Alphand. She informs them of Alix’s indictment for pimping following Alba’s testimony. Despite Claudine’s protests at the lack of evidence, Cécile opposes the video taken by Akim in which we clearly see Alix giving money to the young woman. If Alix claims that this sum was an advance for a privatization of the club, no trace of this expense appeared in their accounts.

Claudine then warns Virgil of the indictment of her partner. Upset, Virgile decides to get to the bottom of it: in the evening, he shadows Alba before following her on foot through the streets of Montpellier. But as she turns around, thinking she heard a noise, a car bursts in to knock her down. Virgil, who had approached, threw himself on her and pushed her onto the sidewalk at the last moment.

Louis must be accountable

In the teachers’ room, Eve tells Sabine of her disappointment after discovering that Louis had cheated on his French homework, by setting off the fire alarm during class and by opening the answer key on his computer. She has no choice but to punish him.

Sabine finds it hard: Louis has made a lot of effort to improve in class, and if she reports him, it will automatically result in a zero and a blame for him in his school file. But Eve retorts that good student or not, he has committed a serious fault, and she has no choice but to warn the principal.

While Louis is playing basketball with Kira and their friends, he is interrupted by the principal herself, who has come to summon him. She then confronts him with his French teacher, and Louis admits having subtly corrected the homework on his computer.

He justifies himself by declaring that he studied for days for this test, but the stress made him lose all his means. For Eve, this blockage does not excuse the seriousness of her gesture. The headmistress announces that she is receiving a disciplinary sanction, and that she must summon her father to warn him of her exclusion.

As Marc is checking in with his editor and Lucille on the next summer story to cover for the paper, he gets a call from Louis’ high school and hastily takes his leave. He is flabbergasted when he discovers that his son is expelled for having cheated on an assignment on the table.

Exasperated, he accuses Louis of deliberately sabotaging himself, despite all the solutions he offered to help him. Furious at being belittled by his father, Louis explodes in anger and leaves. He then joins his mother Eleonor, who tries to justify Marc’s reaction. Louis recognizes that he made a big mistake, but resents his father for overwhelming him despite his difficulties. He then asks her if he can sleep at her place at night until his anger subsides.

For her part, Kira discusses with Enzo and tells him that Louis is going to go to the disciplinary council. Enzo then suggests that he bring him the homework during his expulsion so that he doesn’t fall behind in class. Kira finds her idea good, and Enzo adds by telling her that it will also be an opportunity for her to continue seeing him, because he guessed that she had feelings for him.