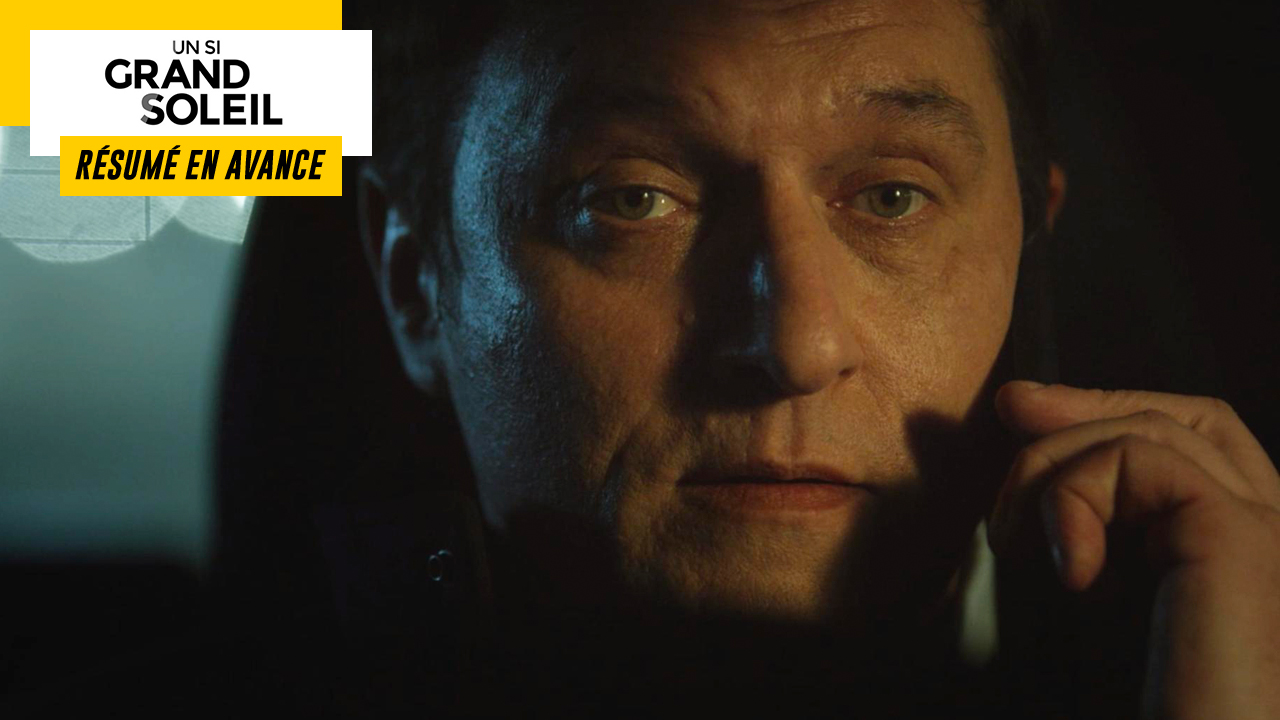 In the next episode of “Un Si Grand Soleil”…While the police arrest Maxime, Claire confronts Hélène. At the same time, Louis is taking his exams.

Wednesday, July 6 in such a big sun…

In the morning, Sabine calls her father to tell him about Inès’ complaint. Upset, she tells him that she had a story with Maxime then specifies that she has started thinking about disturbing details concerning him.

For her part, Claudine got the green light to leave the hospital. Before leaving, the lawyer offers Doctor Alphand a perfume to thank him for having been so attentive to her.

Meanwhile, Maxime receives a call from the police asking him to come to the police station to ask him a few questions. On the spot, Yann informs him that Inès has filed a complaint against him for sexual harassment. If the manager of the gym confirms that he asked his employee to try on a sports bra in front of him, he nevertheless ensures that he did not make any inappropriate gesture towards him. Élise, who is watching the exchange behind the glass, arrives shortly afterwards in the interrogation room and gives Yann the file on the disappearance of Karine Redon.

Yann then pretends to look at him then tells Maxime that he can go. Uncomfortable, he hastens to leave the premises. Once in his car, he panics and repeatedly whispers “what am I doing? “.

At nightfall, Maxime breaks into the Senso and goes to a hidden room where he digs up a bag containing the remains of a corpse. As he is about to leave, Élise and Becker, who were waiting for him at the exit, stop him.

Hélène resumes her duties at the hospital today and the atmosphere is good humored between her, Yasmine and David, to the great displeasure of Claire who observes them from afar.

Later, Hélène finds Claire in the recovery room to inform her that Doctor Alphand has changed the treatment of a patient. Without looking at her, Claire replies that she takes care of it immediately before leaving.

Subsequently, Hélène meets Alain in the corridors of the establishment. After telling her how delighted he was to see her back among them, the doctor apologizes to her for not having heard from her during her hospitalization. In addition, Alain feels guilty for having prescribed this medicine for hypertension. Hélène replies that she does not blame him at all before specifying that all this is not his fault. A few steps away, Claire hears them talking.

At the end of the day, Claire confronts Hélène. Indeed, the nurse would like to know why she is here when she had promised never to come back. Once she says that she hesitated a lot, Hélène apologizes to her for all the harm she has done to her. When she declares that she would like to be able to turn the page on this dark story, Claire lets go that she will not succeed. Pained, Hélène affirms that she has changed but Claire unfortunately refuses to believe it, certain that the drugs have simply revealed her personality. With tears in her eyes, Hélène swears that she is wrong. In vain. Claire lets go that she no longer exists in her eyes and leaves.

On returning, Claire confides to Florent that she broke down and that she told Hélène everything she had in her heart. From now on, she no longer wants to pretend and does not intend to make an effort either.

In high school, Louis is a little stressed by his homework on the table. Eve therefore tries to reassure him, convinced that everything will be fine. A few hours later, Louis comes out of his exam and makes his friends believe that he has returned a white paper. In reality, the teenager thinks he has passed his test. Kira and Steve launch while they very proud of him.