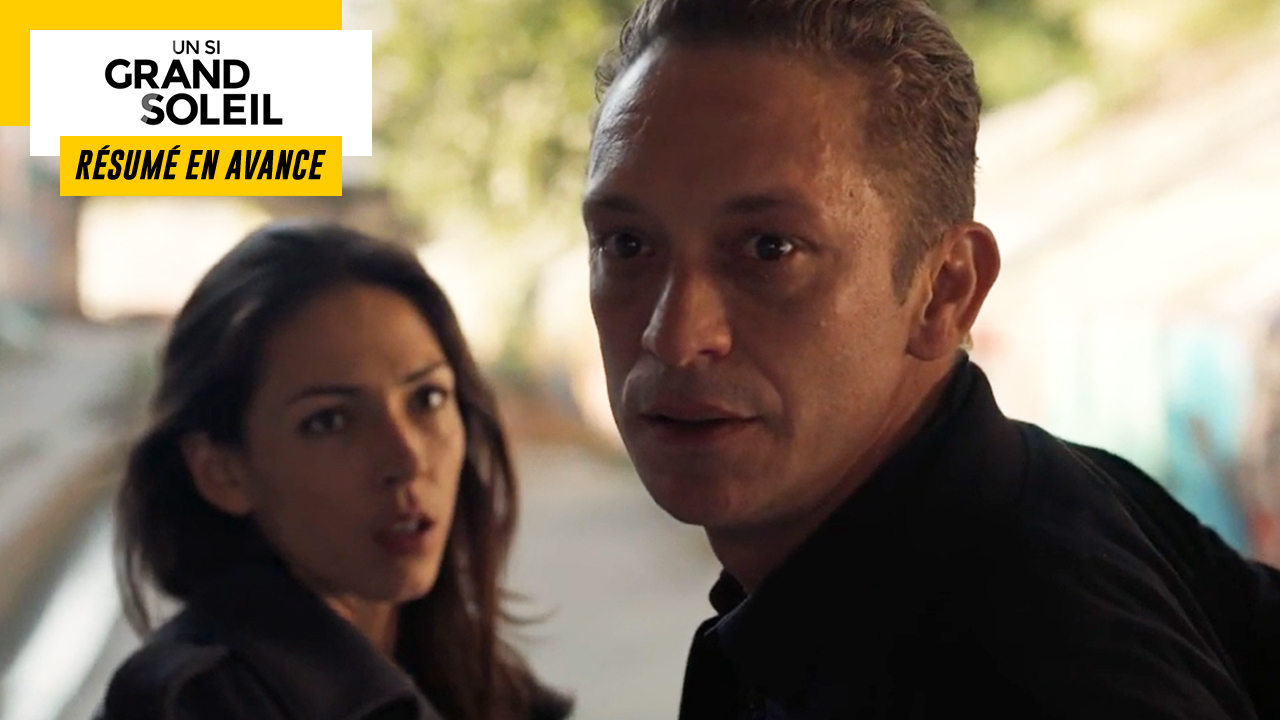 In the next episode of “Un Si Grand Soleil” … While Steve sets a trap for Marvin, Arthur helps Jennifer.

STEVE SETS A TRAP FOR MARVIN

After learning that Virgil was with Manu, Eve meets her ex-companion and accuses him of making fun of her. Although he tries to explain himself, the French teacher demands to know why Manu is in the hospital with a bullet in the abdomen. At the foot of the wall, Virgil says that if he had told the police that he was with Manu on the evening of the 31st, he would have been obliged to tell them why he was keeping a car with stolen paintings.

Sooner or later, the authorities would then be traced back to Elsa and would have understood that he and Manu had helped the fugitive. He therefore preferred to keep silent to protect his friend. While Eve wants to do everything to find José, Virgil asks her not to get involved in this story because it caused a lot of people on the spot. Only she refuses to stand idly by.

Meanwhile, the investigation is stalling. Manu’s phone has bounded outside Montpellier but the location is too vague to determine exactly where he was. Even if they are totally in the dark, Alex remains convinced of Marvin’s guilt in this whole story but Élise doubts it. The young man being on the run, she does not imagine that he took the risk of shooting a police officer.

For his part, Steve apologizes to Camille. Both worried about the people they love the most in the world, they would like to find out the truth. Steve then has an idea but does not tell Camille more. Very much in love with her, he promises to do everything to learn what happened to his father.

Later, Eve meets Eliott and questions him about José. Fearing that Orsan will attack Virgil if he does not get his hands on the paintings, she thinks that only he can get him out of this mess. After promising his mother to try to help him, Eliott rushes home to hide the paintings.

Virgil informs Blamont that he has to be away from the campsite for a few days and then asks him to remain silent if someone asks questions about him or Manu. The former manager of the campsite swears not to say anything.

But Orsan arrives at the campsite. Faced with his threats, Blamont ends up letting go that he saw Lea’s father in the morning. However, Orsan also takes an interest in Eve and questions her about her.

At the end of the day, Steve meets his brother at the place where he used to tag and informs him that the police suspect him of having shot Manu. While he then asks her if it’s true, Marvin guarantees not. When the police arrive to arrest him, Steve apologizes and Marvin realizes he’s been tricked.

At the hospital, Tim and Arthur run into Jennifer. Having noticed that his friend had fallen for the new caregiver, Tim does not hesitate to tease her. Subsequently, Bastide’s son comes across Jennifer studying in the break room. As she needs someone to question her, she asks for his help. The latter accepts with pleasure and therefore arranges to meet him at lunchtime. After having revised, Jennifer thanks him and he takes this moment to congratulate her on having succeeded in carrying out her studies at the same time as her work.

Nearby, Janet announces to Tim that they are going to have to do an MRI because his X-rays revealed that the muscle in his leg was a bit atrophied. Demoralized by his state of health, he fears that he will never be able to ride a bike again and endanger the box of couriers mounted with his friend. Coming from the city, the young man knows full well that he will not be entitled to a second chance. For her part, Jennifer encourages him not to let go and is sure that he will eventually bounce back. To thank her, Tim invites her to dinner in her room but she declines to study.