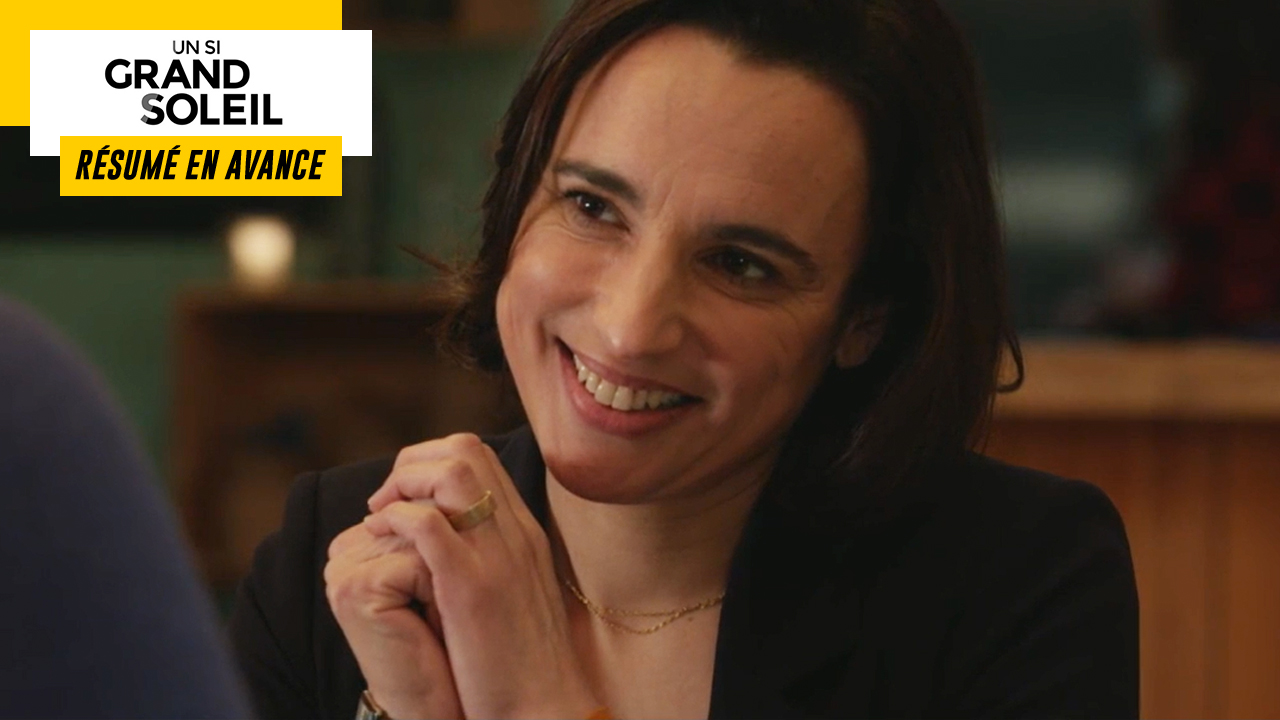 In the next episode of “Un Si Grand Soleil”…While the noose is tightening around Christophe, Myriam and Marc are getting to know each other.

Wednesday, April 27 in such a big sun…

THE VICE IS TIGHTENING AROUND CHRISTOPHE

Pauline is waiting for Gaëlle to ask her for an explanation. The latter then makes him believe that she was simply out for some fresh air. If she recognizes that it was not very careful on her part, Gaëlle however ensures that she was careful and that it is impossible that we could have spotted her. Pauline ends up believing her then reminds her that they can’t take the risk of doing just anything. If they get fried, they’ll go back to jail. So she asks her friend to be careful before warning her against Mathieu. In case he doesn’t see her on the way back, the fare would be a bullet in the head.

Not far from there, Alex wakes up from a particularly agitated night, which has not escaped Julie who tries to change his mind. In vain. At the police station, Alex finds Manu who informs him that their Spanish counterparts have never heard of Pauline and Gaëlle. Alex therefore tries to put him on another track but Captain Léoni persists and contacts his informers in the hope of obtaining information.

Later, Alex meets Faïza Giraud, the person who will oversee the rest of the operations. From now on, they will work together to collect as much information as possible on the activities of Pauline Chollet and her accomplices. As of today and for the entire duration of the infiltration, Faïza will therefore be Alex’s referent. Shortly after, Faïza shares her plan with Alex. During his next point with Gaëlle, the police officer will have to show her photos so that she can formally identify the counterfeiters.

During this time, Christophe talks with a friend who specifies that Achille, the teenager with whom he played basketball some time ago, very much appreciates the moments spent with him and that he would like to see him more often. As Christophe knew his mother before her death, his friend adds that it does him good to keep this link with him. Christophe then gives him an envelope containing money to pay for Achille’s basketball camp but also some clothes.

At the end of the day, Cécile receives a call from Étienne Perrache, from the DGSI. Together, they take stock of the infiltration in progress and the judge says that the information given by Gaëlle is being verified. According to her, they would be four accomplices: Pauline Chollet, two men who take care of the printing of the tickets and a doctor who took care of the wound of the fugitive. Cécile then declares that the operation should not take more than two weeks because they will soon have enough elements to corner them. However, the latter is far from suspecting that Christophe heard the whole conversation.

MYRIAM AND MARC GET TO KNOW EACH OTHER

At the Midi Libre, Marc Moore, one of the newspaper’s photographers, reworks the photos for L.Cosmétiques. He confides to Jacques, the editor-in-chief, that Myriam took a dislike to him and even says he is in a hurry to finish this project.

For her part, Myriam meets Guilhem who has prepared the formal notice against Mr. Marquis. Nevertheless, the lawyer is not worried about the outcome of this story and even says he is certain that the client will not take the risk of being in default.

Later, Marc receives a call from his father who fears that his little run-in with Myriam could harm their partnership in the future. He then wonders if he shouldn’t take the photographer she had chosen to smooth things over. Finding the idea absurd, Marc offers to bring his photos to Myriam himself and then let her make a decision.

Without waiting, Marc went to L. Cosmétiques to drop off his first prints. The whole team being in awe of the pictures, Myriam has to admit that the photos are superb. So she calls Marc to apologize to him before offering him a drink to make up for it. What he accepts with pleasure.

In the evening, Marc and Myriam meet at Les Sauvages where they spend a pleasant moment marked by complicity. At the end of the evening, they even seem to have fallen in love with each other.