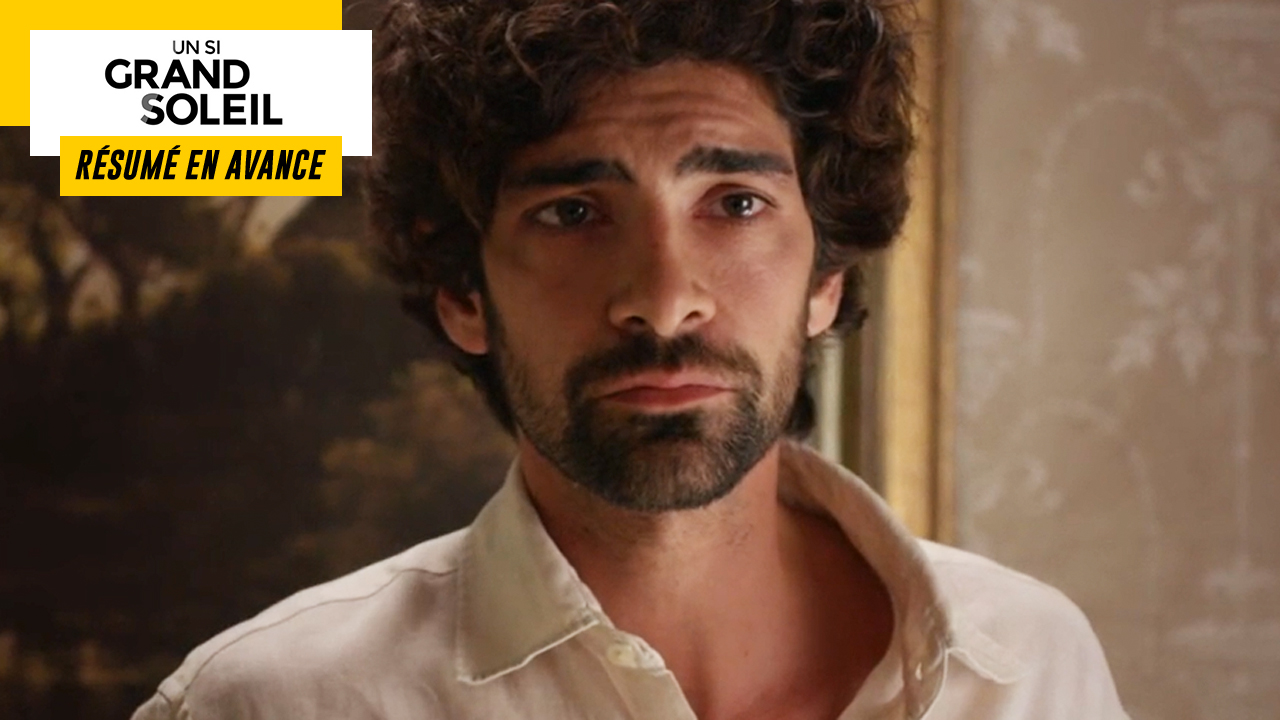 In the next episode of “Un Si Grand Soleil” … While Ariadne gives Ludo an ultimatum, Camille and Steeve get to know each other better.

ARIANE LAYS AN ULTIMATUM IN LUDO

Noémie does not understand the change in her mother’s behavior. When she tries to find out if he has quarreled with her, Ludo simply replies that he does not know her. Tired, Noémie explains to her that her mother is completely derailed at the moment and even mentions the escort she has paid for to fill her loneliness.

For her part, Ariane is with Hélène and expresses her anger to her after discovering that Ludo was her daughter’s boyfriend. As she refuses to see her daughter go out with a liar, Hélène advises her to tell her the truth but Ariane fears that she will never forgive her.

Later, Noémie calls her mother and accuses her of having left without any explanation the day before. Certain that her departure had something to do with Ludo, she regrets that the men who share her life do not correspond to her vision of the ideal son-in-law. After telling him how happy she was with him, Noémie says that she won’t let her ruin everything before hanging up.

Nearby, Ludo tells Alice what happened. The latter then advises him to assume his past as an escort and to take his courage in both hands to tell the truth to Noémie before Ariane does so. At the same time, Ariane talks with Raphaël, her employee, about their catastrophic sales figures. Seeing Ludo arrive in his store, Ariane hides behind a kitchen counter.

At the end of the day, Ludo receives a call from Ariane who summons him to leave Noémie. Although he claims to be in love with his daughter, she does not care and leaves him until the end of the week to leave her, otherwise she will confess the whole truth to him.

CAMILLE AND STEEVE GET BETTER KNOWLEDGE

After getting ready to go to high school, Camille asks her mother’s permission to go out with a friend tonight. Laetitia, who is not fooled, accepts and then asks her to say hello to her boyfriend. In high school, Camille makes her friends believe that she cannot go to the movies, but at the same time, Steve walks by her side and makes a date with her later in the day. It didn’t take Kira and Lucas any more to tease their friend.

For their part, Eve and Virgil go to the bank to meet Laetitia. Even if he put on his 31, Virgil indicates that he did not do this only for the banker, implying in passing that he chose this outfit for her too. Not taking him seriously at all, Eve laughs while reminding him that nothing will ever happen between them again. On site, Virgile and Eve present their five-star camping project in Laetitia. Since they are asking several millions to set up their project, the banker replies that their file will have to go before a committee. And to commit to doing what is necessary. To celebrate, Virgil invites Eve to dinner. Unfortunately, the French teacher is declining because she has a lot of work.

Meanwhile, Steeve and Camille get to know each other. Passionate about literature, the young man dreams of becoming a French teacher to pass on his passion. When Camille tells her about the problems she is having with her father, Steeve tells her about her family situation. He confides that his father is deceased and that his mother is unemployed before specifying that it is his big brother who provides for them.

On his way home, Steeve surprises his brother Marvin, putting pressure on one of his dealers for not having sold enough drugs.