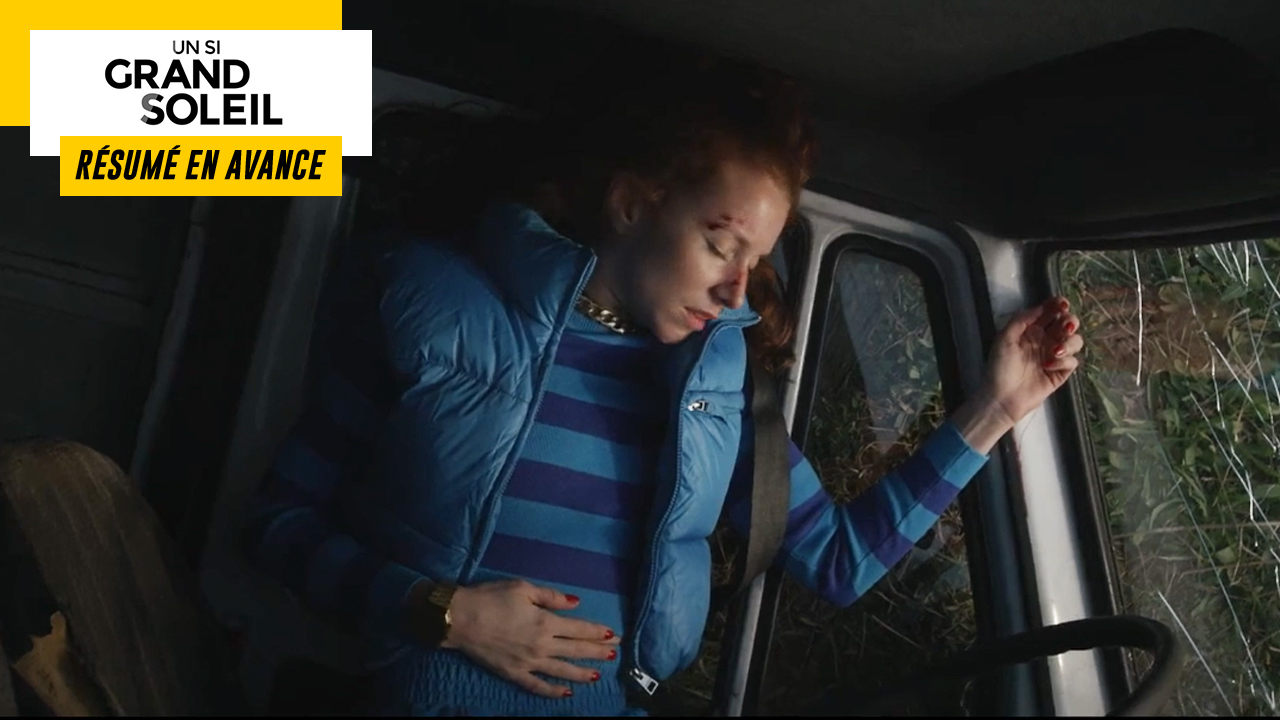 In the next episode of “Un Si Grand Soleil”… While Sofia is the victim of an accident, Enzo has a crush. For her part, Sabine takes revenge and Gary tries to find out about Carole.

SOFIA HAS AN ACCIDENT

By consulting the social networks, Alix notes that several Internet users are having fun with the situation of the Senso. The latter therefore made several screenshots which she transferred to the police.

For his part, Virgile is stressed by the arrival of the Sète polo club. That’s why he calls Sofia several times to make sure the buffet will be ready for 6:30 p.m. The young woman then assures him that everything will be delivered on time.

However, an hour before the arrival of the polo club, Sofia is still not there. Very late, she takes advantage of being in her van to call Virgile and tell him that she will be there in ten minutes. As they talk, Sofia loses control of the vehicle. After the truck ended up overturned in a field, the young woman was unconscious.

ENZO HAS A CRUSH

Falling under Aurore’s spell, Enzo takes advantage of breakfast to ask Florent about her. The latter teaches her that she is very close to her father, especially since her mother died of a complicated cancer. As he asks her many questions, Florent understands that his son has a crush on Aurore. Insofar as it is the daughter of one of his clients, Florent asks him not to do anything.

For her part, Johanna is delighted because she has been overwhelmed with messages since the evening of the previous day. If Margot admits having had a good time, however, she regrets not having found a rich bachelor. During the discussion, Margot tells her colleague that she did not find Florent in top form. Johanna then explains that he is very affected by what is happening to his client.

Meanwhile, Enzo sent a friend request to Aurore but she still hasn’t replied. After Kira advises him to give her some time, Enzo confides that the young woman is ten years older than him. Convinced that his brother does not make the weight, Kira therefore urges him to drop it because they do not play in the same category. Despite everything, Enzo retorts that no other girl has ever pleased him so much.

At the end of the day, Enzo joins Aurore at the end of her work and apologizes to her for having been awkward with her. To get back on a good footing, he invites her to have a coffee, but Aurore declines because her life is too complicated right now. A real disappointment for Enzo.

Sabine joins Maxime at the club for a game of tennis. While they are particularly complicit, Dimitri looks at them with a bad eye.

Leaving the club, Sabine comes across Dimitri who accuses her of having come here but above all of having lacked delicacy by appearing with his friend Maxime. Surprised, the math teacher assures that she was not aware that they were friends but Dimitri refuses to believe her. While they are arguing, Maxime joins them and tries to understand what is going on. When Dimitri tells him that Sabine is his ex, the latter clarifies that their story was unimportant.

Afterwards, Sabine calls Johanna and tells her what happened. If it amused her a lot to taunt Dimitri, she swears however that she did not know that they were friends with Maxime. This one pleases him a lot, Sabine calls him to invite him for a drink.

GARY IS LOOKING TO KNOW ABOUT CAROLE

Guilhem calls Carole Martinez to hear from her who unfortunately judges the time long. Although he understands her, he however points out that it is for his safety. In the aftermath, Carole receives a visit from Gary who has come to give her a small welcome gift but she is still just as suspicious. Curious, the manager of the campsite asks him many questions about his private life. However, she quickly ends the conversation by explaining that she needs to rest.