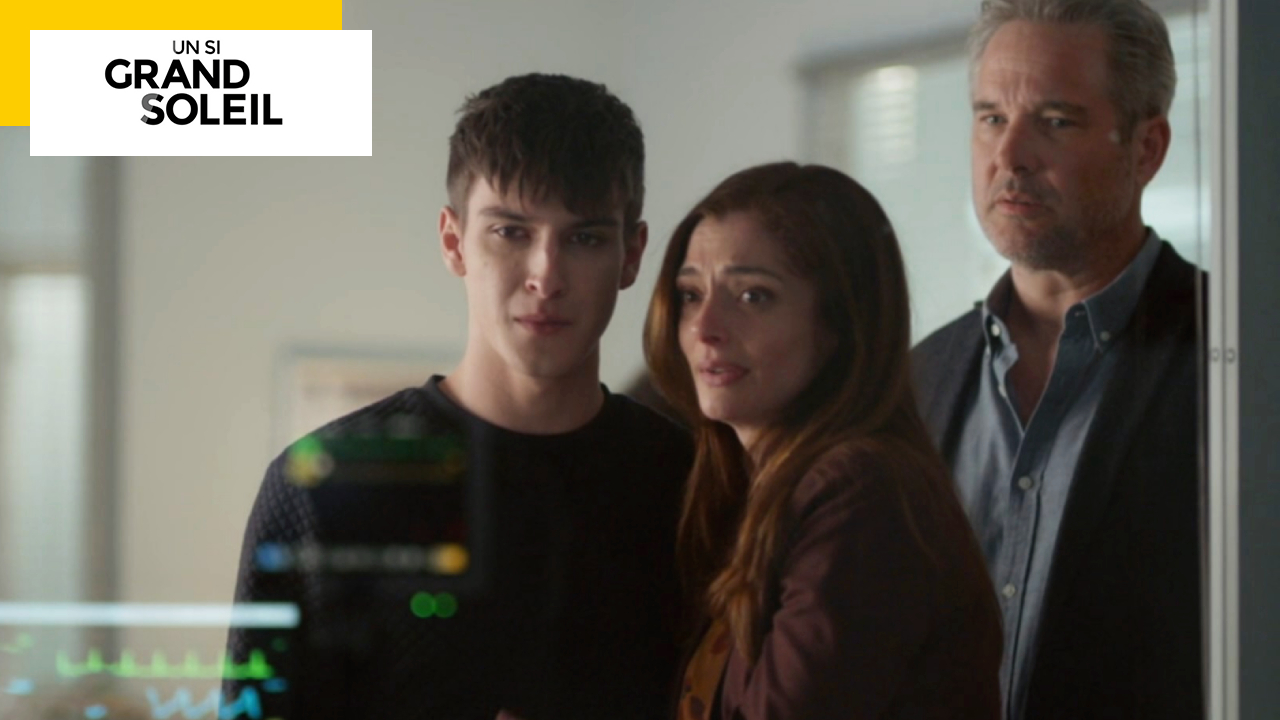 In the next episode of “Un Si Grand Soleil”… While Sabine regrets having argued with her mother just before her attack, Maxime shows himself to be more and more suspicious. For his part, Ludo is under the spell of Jade.

Sabine feels guilty for having argued with her mother

Leaving the Senso, Dimitri discovers Claudine lying on the ground inanimate. He immediately alerts the emergency services and the lawyer is taken to the emergency room. At the hospital, Becker finds Sabine, who blames herself for having had harsh words with her mother at the start of the evening and for not staying with her.

Janet joins them and informs them that Claudine suffered a cerebral hemorrhage and that the surgeons are doing their best to try to save her. For his part, Dimitri makes his statement at the police station and indicates that he has discovered a jerry can of gasoline abandoned in the parking lot. Yann, meanwhile, did not notice anything suspicious inside the club.

Janet informs them that Claudine is in the operating room, they are trying to reduce the cerebral hemorrhage and lower the intracranial pressure. She tries to reassure them, Dimitri had the right gestures. Becker tries to reassure Sabine.

Meanwhile, Alix informs Virgil that Claudine is in intensive care. The club boss is overwhelmed, and regrets not having provided a more substantial security service. For him, the Senso will never recover from such a tragedy, which will scare away their customers. Alix tries to reassure him and promises him that they will be fine once the person responsible has been arrested by the police.

Later, when Dimitri calls her to ask about her mother, Sabine breaks down in tears. She feels guilty for not having really tried to reconcile with her mother, which could have avoided this tragedy because the two argued shortly before her attack.

Shortly after leaving her mother’s bedside, Sabine receives a call from Maxime, who claims to be in Barcelona. She then tells him that his mother has been the victim of an attack and that her vital prognosis is engaged. Maxime asks her if her attacker has been identified, and Sabine replies in the negative.

He then offers to shorten her trip to come and support her, but she declines, thanking him. When she hangs up, Maxime stops his car near a beach. At the edge of the shore, he sets fire to a newspaper…

Ludo falls in love with Jade

In the early morning, Ludo wakes up alongside Jade and leaves her his number. At the zoo, he confides in Alice about his night; he admits that he likes the young woman very much and hopes to see her again.

Later, she finds her accomplice, Alban, in order to plan the burglary of Bertrand Dardel’s villa. They infiltrate her home and steal the mirror that Jade had spotted pretending to be a cleaning lady. As she prepares to load other valuables, someone rings the doorbell. Alban insists that they stick to the mirror because they risk being spotted.

In the evening, Ludo languishes watching his phone, because Jade has not contacted him again after their night together. As Bilal teases him, he confesses that he likes Jade, and he is convinced that something is going on between them. Doubtful, her roommate reminds her that they met in troubled circumstances, and that Jade seems to be someone unstable.