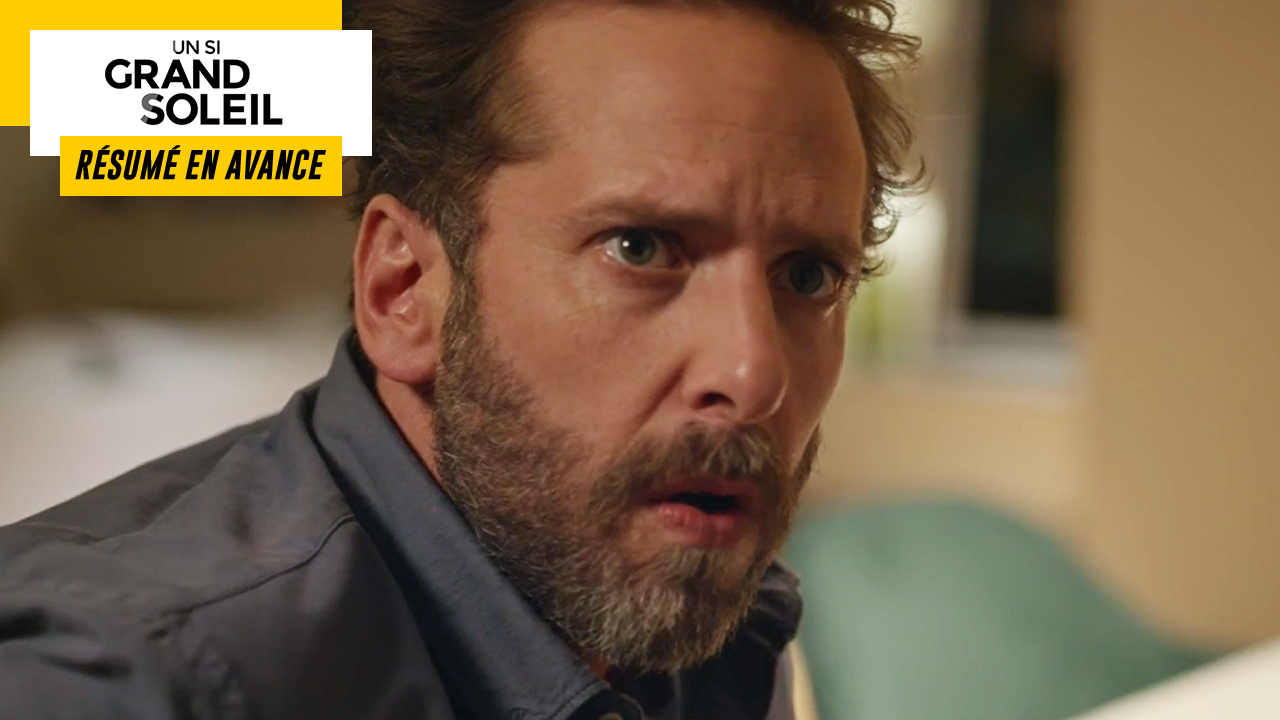 In the next episode of “Un Si Grand Soleil”…While Jacques is in critical condition, Claudine and Alain grow closer.

Tuesday, August 9 in such a big sun…

JACQUES IS IN A CRITICAL CONDITION

Myriam is still angry with Elisabeth for having filed a complaint against Jacques without asking his opinion. The latter then tries to ease the tension and urges him to forget this story. As they begin to work, Myriam receives a call from Marc telling her that Jacques has had a car accident.

At the hospital, Doctor Lewis announces to Louis, Léonor and Marc that Jacques has suffered a severe head trauma and that he has internal bleeding. A hard blow for Marc who calls Myriam. Although he is sorry for having been hard on his father, Marc believes that this indictment did not help. According to him, her father was fragile when she filed a complaint against him. For her part, Myriam asks her not to make her bear the responsibility then reminds that it is L. Cosmétiques who is at the origin of this complaint. However, Marc can’t get it out of his mind that Jacques wouldn’t be where he is today without it.

Later, Marc is summoned to the police station where Élise tells him that his father’s accident took place under a bridge and that no other vehicle was present. So there are no witnesses. According to the medical report, there were no traces of alcohol, drugs or medication. There was also no cerebral or cardiac discomfort. Insofar as nothing tends towards an alteration of his abilities, the policewoman considers that Jacques has made a suicide attempt.

Not far from there, Louis makes his mother listen to the message that his grandfather left him just before the accident and in which he asks her forgiveness. Angry, Louis believes that all of this is Myriam’s fault. If she hadn’t filed a complaint, all of this would never have happened.

Although he has no desire to, the teenager returns to his father’s house despite everything, then criticizes Marc and Myriam for being the cause of his grandfather’s accident. He then says that they disgust him and even goes so far as to hope that they will never have children. After taking his things, he leaves the house.

CLAUDINE AND ALAIN GET CLOSE

Claudine goes to the scene of the Blamont accident and questions passers-by and local shopkeepers. After conducting her little investigation, the lawyer goes to Maître Levars and claims to have the testimony of a person who saw Blamont fall from his stepladder the very morning of his alleged accident. She then explains that she spoke with the manager of a hotel who revealed some interesting things to her and that he will be able to testify before the judge that Blamont was never hit by Alain’s car.

Leaving the firm, Claudine calls Alain and advises him to file a complaint against Blamont for false testimony and attempted fraud. According to her, this is the only solution to scare the opposing party. So they set an appointment in the evening to talk about it.

For his part, Serge goes to the campsite and accuses his client of having wanted to defraud Doctor Alphand. Angry, he makes him understand that he will have to ask for a conciliation, otherwise he will owe damages to Doctor Alphand.

At the police station, Alain is on the phone with Elisabeth and tells her that Claudine advises him to file a complaint. While the businesswoman thinks it’s useless, Alain thinks it’s a strategy to adopt if he wants to end this story quickly. Only Elisabeth understood Claudine’s little game. If she trusts the man she loves, this is not really the case with the lawyer. As the couple ends up arguing, she gets annoyed and then hangs up.

At the same time, Claudine tells Alix that she is having a drink with Alain in the evening and that she is giving herself three weeks to convince him that she is an extraordinary woman.

At the end of the day, Alain and Claudine are in a bar and get to know each other instead of talking about the case. The doctor is having such a good time that he forgets the passing of time and comes home late. And as much to say that Elisabeth is not enchanted.