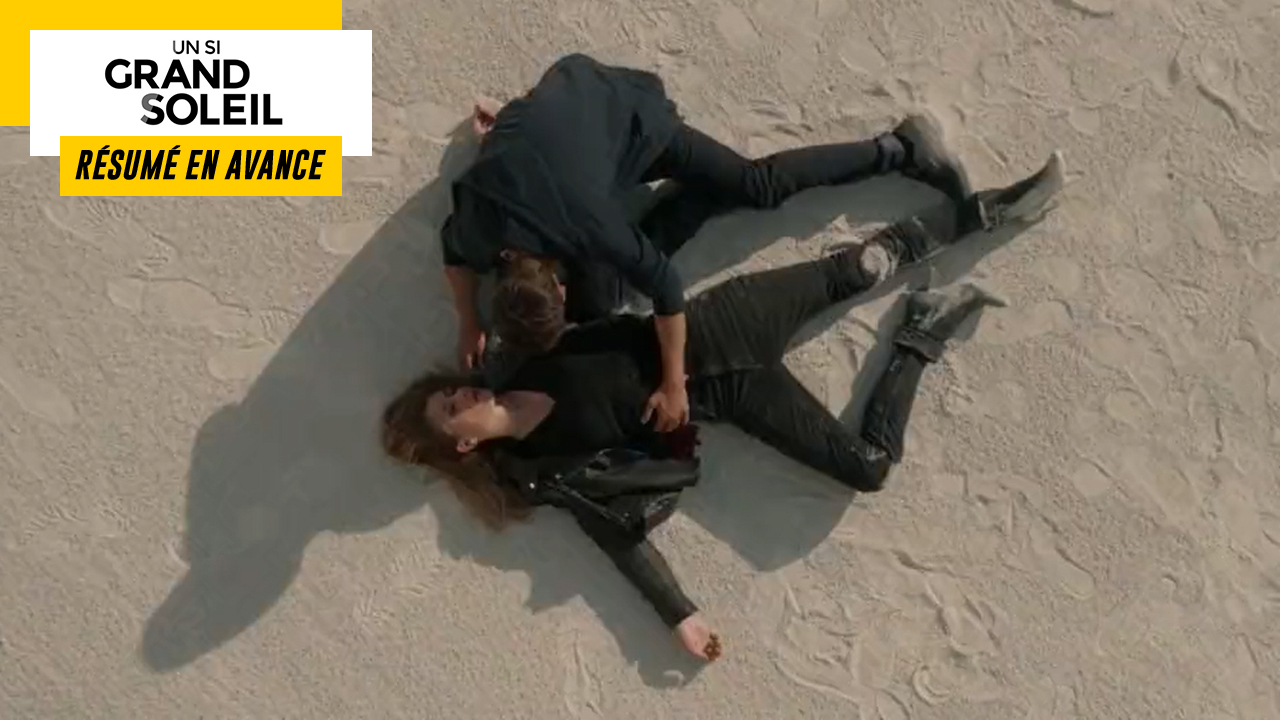 In the next episode of “Un Si Grand Soleil”…While Hélène discovers that Victor and Claire are from the same family, Aurore and Pilar lose their lives.

Tuesday, August 2 in such a big sun…

HELENE DISCOVERS THAT VICTOR AND CLAIRE ARE FROM THE SAME FAMILY

Pierre’s state of health deteriorated during the night. The fever being on the rise, Hélène is really starting to worry. As she is afraid that he is starting to get infected, Victor decides to seek help.

After walking for a long time, Victor finds a way and manages to stop a vehicle.

Later, Hélène and Victor load Pierre into the car. Before Hélène leaves, Victor gives her his phone number so that she can give him news of Pierre.

A few hours later, Pierre came out of the operating room and everything went well. Relieved, Hélène then recounts her misadventures to David before also confiding that she had a very nice meeting.

For his part, Victor calls Sofia and talks to her about Hélène. It must be said that Claire’s father hopes to see her again. Understanding that he had a little crush, Sofia advises him to go for it.

Not far from there, Hélène visits Pierre to hear from him, who thanks her for having saved his leg.

Subsequently, Hélène calls Victor to give him news of Pierre. Claire’s father then takes the opportunity to invite her for a drink one evening at the hut, which she accepts with pleasure. When he specifies that she will have to ask for Victor Estrella when she arrives, Hélène immediately loses her smile.

AURORE AND PILAR ARE SHOT

Later, Commissioner Becker mobilizes his men and sets up a large-scale device to arrest the two young women. Despite everything, he invites them to be careful.

Shortly after, Clément calls Florent and reveals to him that the arrest of Aurore and Pilar will take place this evening. He therefore instructs his ex-son-in-law to recover Enzo from his work and then to occupy him so that he does not find himself in the middle of the operation.

At the Sauvages, Florent invites his son to have a drink to discuss. Unfortunately, Enzo refuses to talk to him until he accepts his relationship with Aurore. As he prepares to join the woman he loves, Florent tells him that Aurore is about to be arrested. And the lawyer specifies that with his father, they use their transport company to smuggle drugs on behalf of Spanish traffickers. As his son finds it hard to believe, Florent adds that the police have proof and then declares that Aurore will be in prison tonight. Without waiting, Enzo gets into his car to go see her. Immediately, Florent goes in pursuit and joins Becker to warn him that Enzo is about to disembark. Without waiting, the commissioner warns his men.

Meanwhile, Aurore arrives at the arenas without knowing that she is surrounded by a police force. When Pilar joins her, Verneuil’s daughter gives her an envelope filled with cash. A few moments later, Enzo bursts in and Superintendent Becker then gives the order to intervene immediately. While he is holding his grandson back, Aurore and Pilar are cornered by the police. Trapped, they raise their weapons to fire but are shot. Seeing Aurore fall to the ground, Enzo frees himself from his grandfather’s embrace and then up to her. Unfortunately, Aurore is dead and Enzo breaks down in tears near her remains.