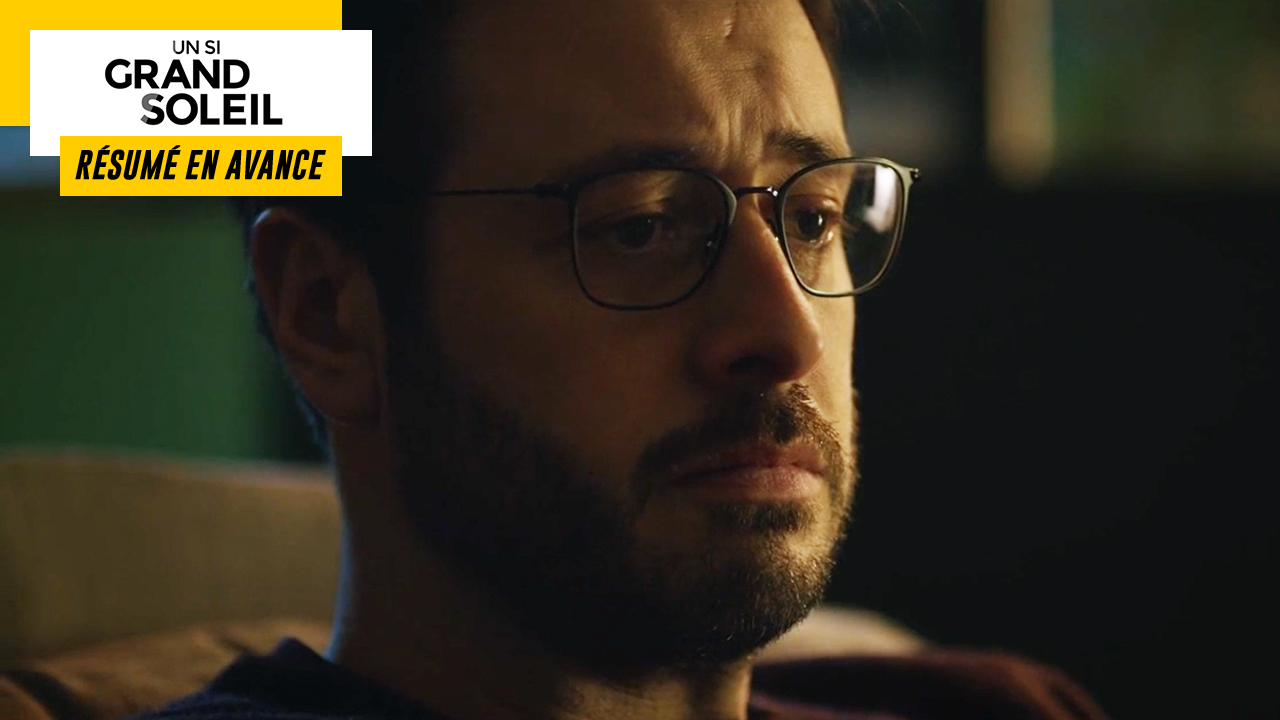 In the next episode of “Un Si Grand Soleil”…While Alex is obliged to collaborate with Gaëlle, Myriam meets Marc.

Attention, the following paragraphs contain spoilers on the episode of Un Si Grand Soleil broadcast Tuesday evening on France 2! If you don’t want to know anything, don’t read on!

ALEX IS OBLIGATED TO COLLABORATE WITH GAËLLE

Christophe goes to the hideout to examine Pauline. If she is healing well, her blood pressure is still very low. The veterinarian therefore advises her to be careful with the doping agents, specifying that she risks dying if she does not reduce the intake.

Meanwhile, Alex is summoned to the commissioner’s office where Cécile tells him that Gaëlle has been infiltrated as part of an investigation into counterfeiters. However, she only agrees to collaborate on the sole condition that Alex be her liaison agent in the field. Although not enthusiastic about the idea, the policeman is forced to accept this confidential mission.

In order to avoid compromising the infiltration, Judge Alphand then asks Becker to immediately stop the search for the two escapees. Without waiting, the commissioner orders his teams to drop the hunt for Pauline and Gaëlle and makes them believe that they have been spotted in Spain. As a result, this case is no longer within their jurisdiction. Annoyed, Manu returns to his office and reports to Alex that they are being taken off the case. Uncomfortable, the latter advises him to follow the boss’s orders.

At nightfall, Alex meets Gaëlle at the meeting point. When he tries to find out why she demanded his presence in the field, the young woman replies that she only trusts him. To prove that she is not playing a double game, Gaëlle gives her the physical description of Pauline’s accomplices as well as the address of their hideout. However, as she is constantly watched and Mathieu is a dangerous man who will not hesitate to kill her, Gaëlle refuses to wear a microphone.

When Gaëlle returns to the hideout, Pauline is waiting for her with a weapon in her hand…

MYRIAM GETS TO KNOW MARC

Myriam presents to Mr. Marquis the new range of L Cosmétiques products based on immortelle flowers. Strongly interested, the latter is Even if Julien has always granted him payment facilities, Myriam is forced to refuse because the company cannot currently afford it.

Later, Myriam learns that Jacques Mourre has decided to replace the photographer originally scheduled for the afternoon photo shoot at the last minute. Indeed, the latter chose his son to take the photos. Although not very keen on the idea of ​​taking on an amateur to save money, she finally gives in. Leaving the premises, Myriam meets Marc, the son of Jacques Mourre, who has fun driving her crazy by making her believe that he only takes wedding photos. When he says it was a joke, Myriam still asks to see his work. However, Marc prefers to go take pictures and advises him to settle accounts with his father instead.

Subsequently, Jacques congratulates his son on his work and says he is convinced that their client will appreciate his photos. Words that surprise Marc because Myriam seemed inconvenient to him. Nevertheless, Jacques, who is full of praise for the director of L. Cosmétiques, says he is convinced that they will end up getting along. Only, Marc has just divorced and would like his father to let him breathe before wanting to relocate him.