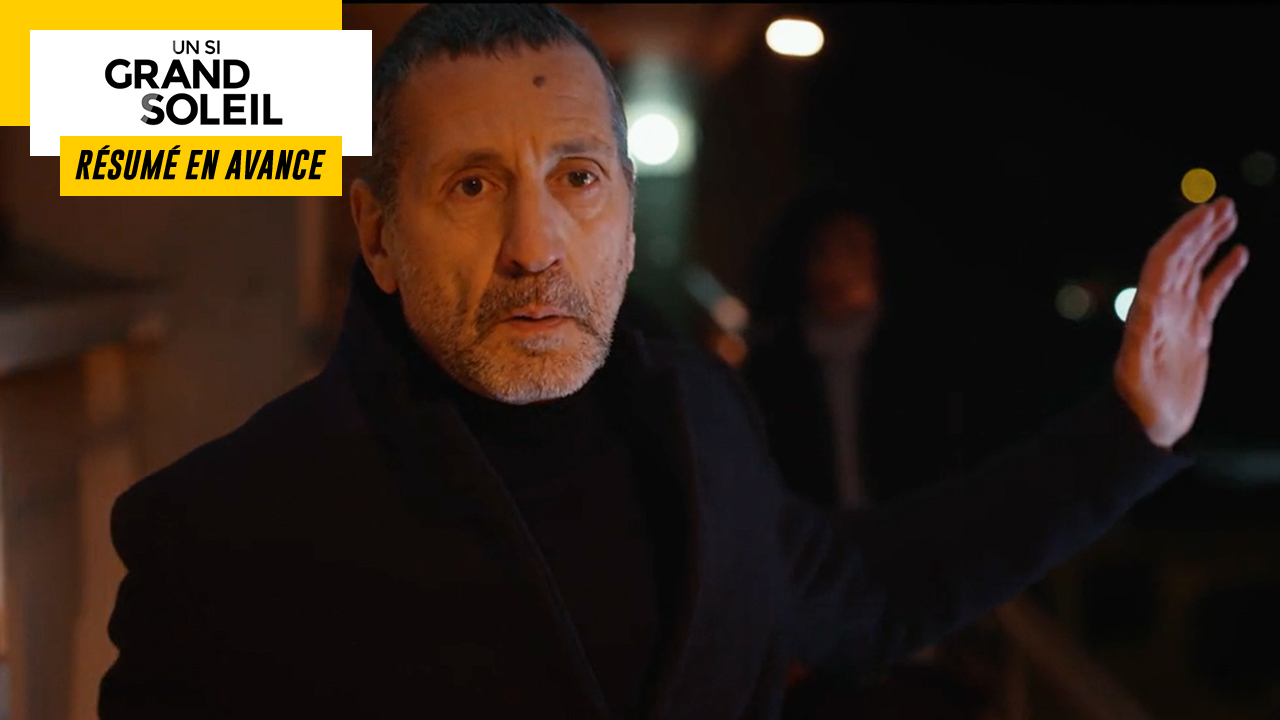 In the next episode of “Un Si Grand Soleil”…While Moreau is arrested, Gaëlle makes a serious decision.

Yasmine’s fate is still uncertain. Even if Judge Alphand has not decided to prosecute her for the moment, the mother of the family still risks dismissal if the hospital files a complaint against her. However, Yasmine does not care because the most important thing for her is that her daughter is cleared.

For their part, Yann and Akim continue their investigation and return to Moreau who does not answer. As they have been trying to contact him for two days, the police begin to find this strange and therefore decide to go to his place of work. Unfortunately, Moreau is not there either. The police take the opportunity, however, to recover a photo of him from his employer.

A few steps away, Yasmine is summoned by the director of the hospital. After acknowledging the seriousness of the charges against her, the mother of the family declares that she regrets what happened because she loves her job. If Yasmine deserves to be punished, the director is however lenient. In view of the exceptional situation in which she was, the latter decided not to report the borrowing of keys to patients to the disciplinary council. Yasmine is therefore not dismissed. On the other hand, she will receive a reprimand which will last three years. At the slightest deviation, it will be returned.

Margot struggles to understand how Cécile was able to put Anissa on trial. Indeed, the young woman believes that her sister was much too severe in this case. Annoyed, Cécile ends the conversation by reminding him that she works for the law firm that defends Anissa. Also, any exchange on a current file is prohibited.

At the end of the day, Yasmine thanks Janet for having defended her with the hospital management. Doctor Lewis then assures that she did what seemed right to her. During their discussion, Yasmine receives a message from Yann with several photos of possible suspects. Quickly, she identifies Moreau.

At nightfall, Moreau follows Yasmine without knowing that the police have set a trap for her. Indeed, Élise has disguised herself as Yasmine and is waiting to be alone with him to stop him.

Pauline, Gaëlle’s cellmate, meets a friend in the visiting room who will help her escape. If they managed to put the matron in on it, Pauline still has to convince Gaëlle to follow her.

For his part, Alex gives Claudine his testimony for Gaëlle. Judging his writings neutral and cold, the lawyer asks him to start over but Alex refuses. This story being now behind him, he considers that he was nice enough to testify then specifies that she will not get anything more from him.

Back at the police station, Alex is on edge, so much so that when Élise mentions the extra night rounds, he sends her packing.

Not far from there, Claudine is with Gaëlle in the visiting room and makes her understand that her request for sentence adjustment has little chance of succeeding. As she was a police lieutenant at the time of the events, this unfortunately works against her. Claudine therefore advises him not to have too many illusions.

Annoyed, Gaëlle returns to the cell and shares her disappointment with Pauline who seizes this opportunity to tell her of her escape plan through the laundry.

Later, Gaëlle retrieves a cell phone from the laundry and calls Alex. She accuses him of having written a vaguely factual testimony which will not help her at all and of doing everything possible to keep her in prison. With tears in her eyes, she says that he won’t hear from her again since it’s out of the question for her to rot here. And to add that she has nothing more to lose.

Back in her cell, Gaëlle informs Pauline that she agrees to escape with her.