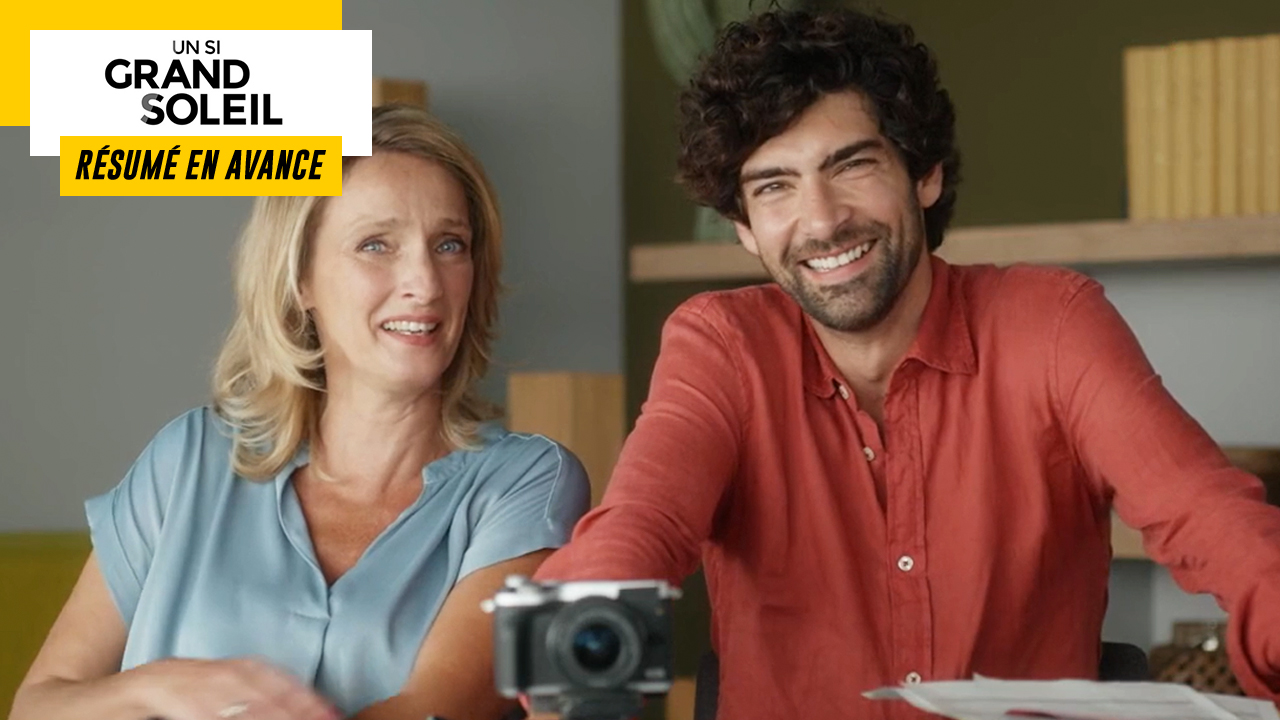 In the next episode of “Un Si Grand Soleil” … While Jasmine manages to go see her son, Alix and Ludo put on a casting.

YASMINE COMES TO SEE HER SON

Driss is off the hook to the delight of his family. The next day, Yasmine wants to go to her son’s bedside. As he is in detention, Hélène informs him that if she wishes to see him, she will have to request a visit. Although she fears that it will take time, Yasmine therefore has no choice but to call on her lawyer.

However, the mother has another idea in mind. Indeed, Yasmine goes to see her son on the pretext of being the nurse in charge of his care. The latter being unconscious, she whispers in his ear that she is there for him. For her part, Anissa confides in Dylan because she fears that this whole story has dramatic repercussions on her mother. Subsequently, the young man finds Antonin and tells him that Driss was stabbed in prison. Unfortunately, he doesn’t care.

On his side, Maître Levars warns Yasmine that Driss was the victim of an assault, or even an attempted murder, by one or more of his fellow prisoners but that the perpetrator could not be identified. With tears in her eyes, Yasmine fears that the person who attacked her son will do it again if he returns to prison. Only Serge cannot do anything and indicates that only Driss can do something by telling the police what happened.

On returning, Yasmine opens up to Anissa and Gerald. While her daughter thinks that her brother is still in trouble, Yasmine reminds her that he is the victim. Shortly after, their discussion is interrupted by David who contacts his colleague to warn her that they have found a large amount of drugs in Driss’ blood.

ALIX AND LUDO HAVE A CASTING

After consulting Alix’s file, Claudine confirms to her friend that her ex-husband’s company has indeed gone bankrupt, which means that officially, Bertrand no longer has any income. Insofar as he organized his not to pay him his compensatory indemnity, the lawyer, who is certain that he is continuing his activity by other means, has a small idea to corner him.

Since she receives many messages, Alix explains to her friend that she is recruiting new escorts. Indeed, the ad she posted on social networks a few days earlier has already earned her more than 40 applications. Knowing full well that pimping is punishable by law, Alix asks Claudine for advice on making this activity legal in order to allow her to avoid problems. Claudine then promises to think about it.

Subsequently, Alix calls Ludo to help him pass the cast of escorts. Even though he is working, the healer claims to have some problems to work out to join Alix. Meanwhile, Margot joins someone she masquerades as a digital start-up creator in need of some IT advice. Her interlocutor therefore agrees to see her in the afternoon.

Not far from there, Alix and Ludo meet potential future escorts and in particular Joël, an unemployed young man who needs money. If he’s never been an escort, he likes the idea of ​​being able to sleep with strangers. While Ludo is thrilled by his profile, Alix does not feel it at all and even finds that he is lacking in confidence. However, Ludo is certain that he has potential and begs Alix to trust him.

For her part, Margot is with Bertrand, Alix’s ex-husband. Claiming to work on an e-commerce application project, she requests a quote to assess the cost. His consulting company may have closed, but Bertrand can nevertheless go through another structure that hosts his activities to publish a quote.