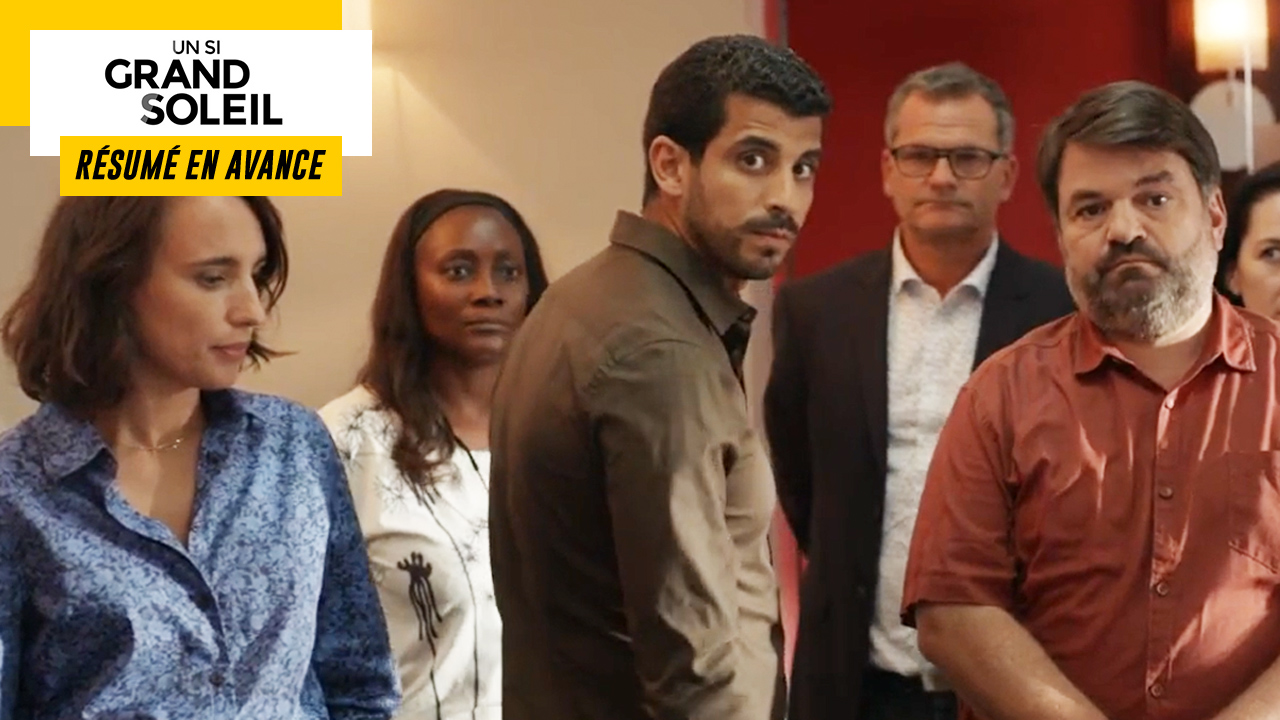 In the next episode of “Un Si Grand Soleil” … While Alix is ​​heard by the police, the employees of L. Cosmetics go on strike.

ALIX IS HEARD BY THE POLICE

Following Valentine’s complaint, Alix is ​​summoned to the police station and confirms to Élise that she has organized the meetings between Valentine, Ludo and Joël. However, she claims to have never received a dime for it. When Yann tells her that as a client, she incurs a fine of 1,500 euros, Alix specifies that she does not pay to sleep with men. Regarding the anonymous letters, the fifty-year-old does not have the slightest idea who could be at the origin.

When leaving the police station, Alix contacts Valentine and accuses her of having betrayed her trust. If Valentine replies that she had no choice, Alix reminds her that she did not force her to pay for escorts. Annoyed, Valentine reveals that her husband is leaving her. Despite everything, Alix doesn’t care and says that divorce would be the best thing that could happen to her.

Meanwhile, Noémie is worried about Ludo, whom she has found particularly tense for a few days. The young man therefore claims to be quite simply taken by work. The moment she invites him again to meet his mother over dinner, Ludo tries to dodge and then suggests the following weekend.

For their part, Yann and Élise are convinced that Alix has been walking them from the start. If they are certain that she is at the head of an escort network, the police unfortunately have nothing to prove it unless Joël and Ludo sit down to eat. Yann therefore suggests questioning them to see if one of them blackmails Valentine.

At the same time, Alix warns Ludo and Joël that she was forced to give their names to the police. All three then agree to give the same version of the facts, namely that the two young men slept with Alix without ever having received any money in return.

Subsequently, Joël is the first to be summoned. During his interrogation, he sticks a knife in Alix’s back and confirms having had sex organized by her for remuneration.

Lucille wrote an article in the Midi Libre in which she accuses Elisabeth of having pushed Berthier to suicide. Even if Arthur thinks that his grandmother is not totally foreign to the act of the accountant, the latter refuses to take responsibility for it.

For his part, Enric visits Berthier. Faced with many questions from his colleague, the accountant confides how desperate he was when he left his interview with Elisabeth, but adds that today he regrets his gesture. Enric then assures him that all the employees are with him and also indicates that they have decided to go on strike this afternoon.

After he advised him to file a complaint for moral harassment, Berthier retorts that he unfortunately does not feel able to do so because this story has gone too far. In addition, he still feels responsible for not having renewed the insurance contract. However, Enric disagrees with him and states that it is in everyone’s best interests to fight so that this kind of event never happens again. Marion therefore urges her husband to file a complaint.

In parallel, the private detective questions the neighborhood of Berthiers and learns that the couple quarreled regularly. If she says that the young woman slept regularly, the neighbor can not however confirm that she had a relationship.

At L. Cosmetics, Elisabeth congratulates Myriam on her excellent work and wants to develop her by giving her the position of marketing manager. While she lets him know that she will be in solidarity with her colleagues by following the strike movement, Elisabeth ensures that this does not call her proposal into question at all.

Not far from there, Florent takes charge of Berthier’s case and reassures him. According to him, this complaint is just a means of pressure on the management so that he can return to the company.

In the afternoon, the employees of L. Cosmetics go on strike and leave the offices.