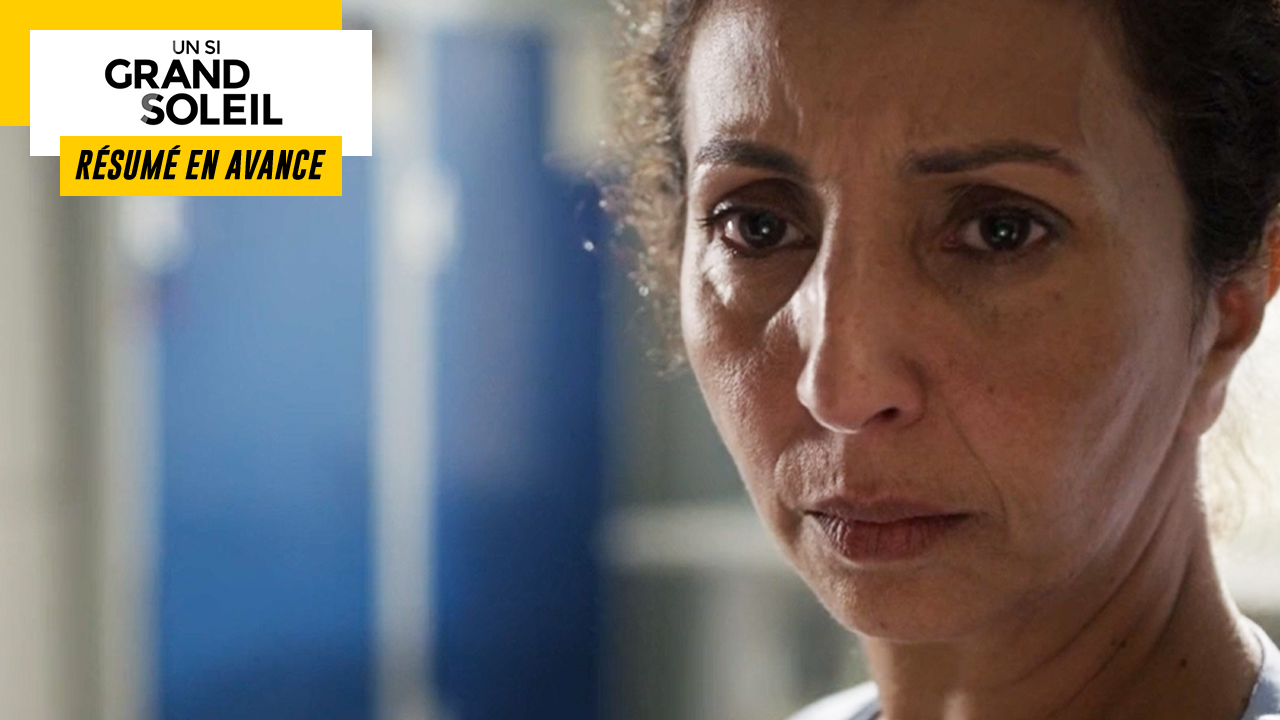 In the next episode of “Un Si Grand Soleil” … While Alix is ​​organizing her business, Yasmine takes reckless risks.

Noémie spent the night at the roommate to the delight of Ludo. When she asks him to come and help her at the end of the day to carry hay for the hair, he declines, claiming to have an important meeting for work. Meanwhile, Bertrand signs the agreement which stipulates that he leaves the house to Alix.

For her part, Lucille contacts Ludo and invites him for a drink in the evening. Unfortunately, he can’t because he has one of his last dates as an escort. Very much in love with Noémie, the healer is happy at the idea of ​​soon being able to fully enjoy his relationship.

Nearby, Alix would like to make her escort business legal and is considering teaming up with a friend who owns a beauty salon. If legal procuring does not exist, Claudine thinks that it could however be a good idea as long as the tax authorities do not fall on her.

Subsequently, Alix joins Ludo at the hotel to test future escorts so that they can familiarize themselves with the right attitude to adopt during their first dates.

As for Noémie, she delivers vegetables to town when she sees Ludo leaving the hotel. At the end of the day, Ludo finds Noémie at home for dinner. When she says she had the impression of seeing him leaving a hotel earlier in the day, Ludo, who is embarrassed, claims that it was not him.

At the same time, Alix meets her friend Béatrice and tells her about her project. If the latter is afraid that her living room will turn into a brothel, Alix ensures that the establishment will simply serve as a cover to make false invoices. An idea that ultimately seems to interest him a lot.

Relations have been strained between Anissa and Yasmine since their argument the day before, which did not escape Gerald. While he tries to find out what’s going on, the young woman replies that she is afraid that her mother is bent on helping Driss. Gérald then tries to reassure her by explaining that it is normal that she wants to save her son. When Anissa cracks, he says that her mate is much stronger than she thinks and that no one is more determined than a mother wanting to save her child. Touched, Anissa takes him in her arms.

At the same time, Yasmine is at Driss’s bedside and confesses to him that she has until the end of the week to reimburse Erwan’s henchman. Furious, Driss loses his temper and accuses him of having hidden the truth from him. Behind the door, the guard posted does not miss anything of their exchange.

Realizing that she was the detainee’s mother, he summons her to stop her nonsense. Insofar as he is also risking a lot in this affair, he promises to keep it a secret on condition that she no longer crosses the threshold of his room. Later, Yasmine receives a call from Erwan who reminds her that she has 48 hours to give him the rest of the money. Since he once again threatens to kill her son, she complies with his demands.

After hanging up, Yasmine overhears a conversation between Janet and Hélène who are discussing their patient who died the day before. The latter being a wealthy industrialist with no heir, Yasmine steals the keys to his home. Aware that this opportunity will not happen twice, Gérald then encourages his partner to rob the house of the deceased the following afternoon in the afternoon in order to find valuables that will allow Erwan to be reimbursed.