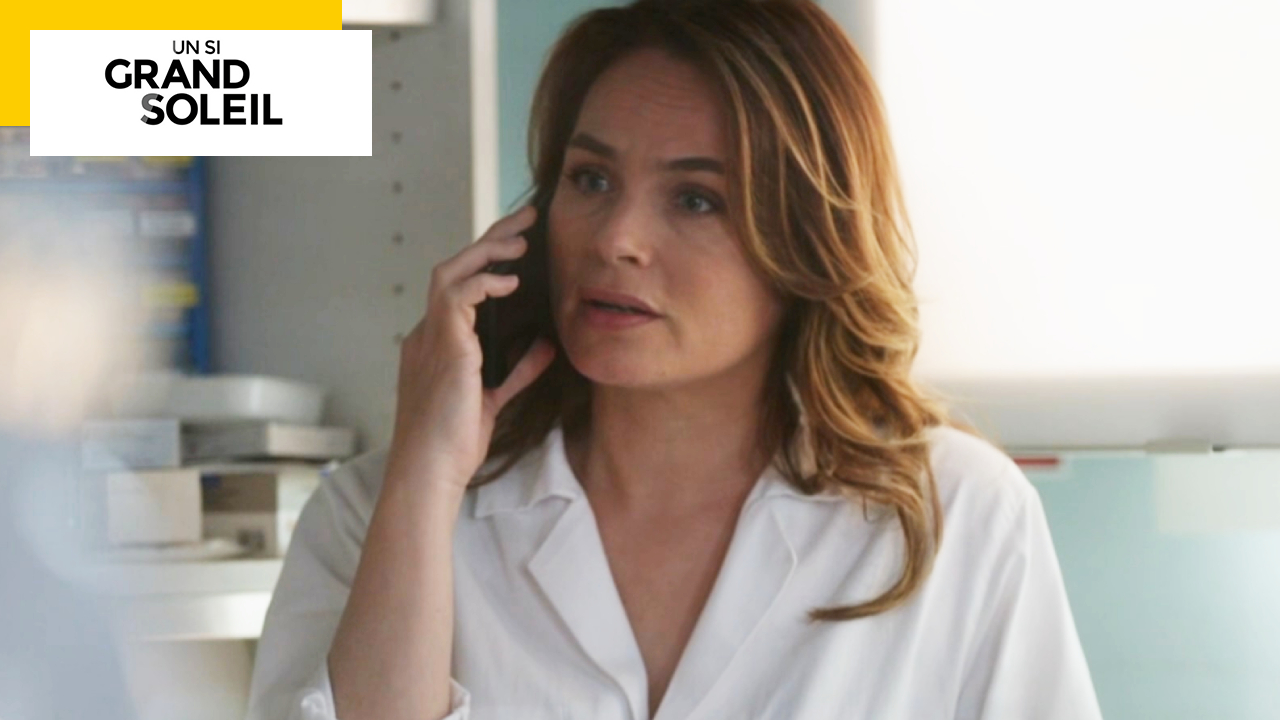 In the next episode of “Un Si Grand Soleil”… While Alix is ​​forced to close the Senso, Louis returns to high school and apologizes to Eve. For her part, Claire decides to appeal against Hélène’s release.

Alix announces the closure of Senso

Sabine finds Maxime, and tells him of her relief at her mother’s state of health, because she really thought she was losing her after her attack. He then asks her if the police have a lead on the identity of her assailant, and the teacher informs her that her father thinks he has found a suspect. Maxime then realizes that this case will give the Senso the final blow. Perplexed, Sabine replies that she does not care to sympathize with the fate of the club and especially wants the police to find the attacker.

Meanwhile, Elise continues to investigate the profile of François Redon. Described as having temper tantrums when he drinks and having financial difficulties, Becker believes he does not fit the type of profile who could afford the services of an escort.

At the hospital, Alix comes to visit Claudine and tells her that the Senso is going to be put up for sale, because Virgile wants to throw in the towel and Justine wants to take back her shares following the various tragedies that have hit the club. Although very dejected, Alix is ​​resilient and tells her friend that she will do something else.

Later, Sabine meets Dimitri in front of the hospital, who has come to visit Claudine who wanted to thank him for calling the emergency services when he found her lifeless in the parking lot. She then offers him a coffee to find out if his mother hasn’t overwhelmed him with embarrassing questions, and asks him if stopping the Senso risks jeopardizing his activities. Dimitri replies that you can’t always have what you want in life, and looks at her for a long time. Embarrassed, Sabine takes her leave and goes back to work.

She and Virgil then summon their employees to the Senso to tell them the club is closing. Very moved, Alix is ​​sorry for the situation and thanks them for their professionalism. For their part, Julie and Inès are disillusioned to find themselves so brutally unemployed. Julie despairs at the idea of ​​having to contact her former employer again to get her job back. Inès asks her if she can find out if they have a vacancy for her, but the bartender is pessimistic.

Inès worries that her mother will ask her to go back to school if she doesn’t find a job quickly. She then decides to recontact Maxime, who had offered to apply as a hostess in his sports club. She gets an appointment the same day and, to her great surprise, the businessman offers to recruit her without even looking at her CV because one of his employees is going on maternity leave, and asks her if she could start working the following Monday. Delighted, Inès accepts.

Claire has been very dejected since Hélène was released. Florent may well remind her that the psychiatrists have recognized that her actions were caused by dementia linked to her treatment, but this in no way excuses the suffering she experienced through her fault. Claire feels that no one cares that Helen nearly destroyed her life. As long as she is free, she will not be able to sleep.

Later, Claire receives a call from her lawyer, Johanna, asking her if she is sure she wants to appeal the court decision concerning Hélène, because this procedure can take a very long time and will force her to stir up painful memories. The nurse confirms her intention to fight.

In court, Florent meets Serge Levars, Hélène’s lawyer, and asks him if his client intends to resume his post at the hospital. His colleague replies in the negative, but he intends to encourage Hélène to do so. Even if Claire is not in favor of it, he reminds Florent that his client is also a victim of this situation. Florent gets annoyed and advises her to ask Hélène to give up her job for Claire’s sake, and informs her that she intends to appeal Hélène’s release.

But Serge replies that Claire has no chance of winning, because all the psychiatric expert reports agree on the fact that Hélène’s judgment has been altered by the side effects of her treatment. For him, Claire won’t get any redress, and she’d better let it go.

Louis reconciles with his father

While having breakfast with Myriam, Marc tells her that he hasn’t heard from Louis since their argument. His partner then agrees with his mother, Leonor, who was considering a professional retraining for her son. She herself is the example that you can succeed without having the baccalaureate. She advises him to trust his son.

For his part, Louis returns to high school for the first time since his suspension, accompanied by Kira. She insists that he should apologize to Eve, even though he resents her for reporting him and resulting in his expulsion.

In front of his teacher, Louis is insincere and Eve notices it right away. She admits that she too resents him for betraying her trust by rummaging through her personal computer, and that she could have gone further by filing a complaint against him. Confused, Louis asks her forgiveness, and blames himself for having cheated under the stress.

Softened, Eve suggests that he see this sanction as an opportunity to make a fresh start. She offers to help him pull himself together and work on his blockages. Louis accepts by thanking her. On leaving high school, he then responds to his father’s messages and offers to see him. When they meet at the end of the day, Marc regrets having been so hard on him as the baccalaureate approaches. He offers him to change course for his studies, but Louis wants to succeed in going all the way by trying to pass the general baccalaureate.