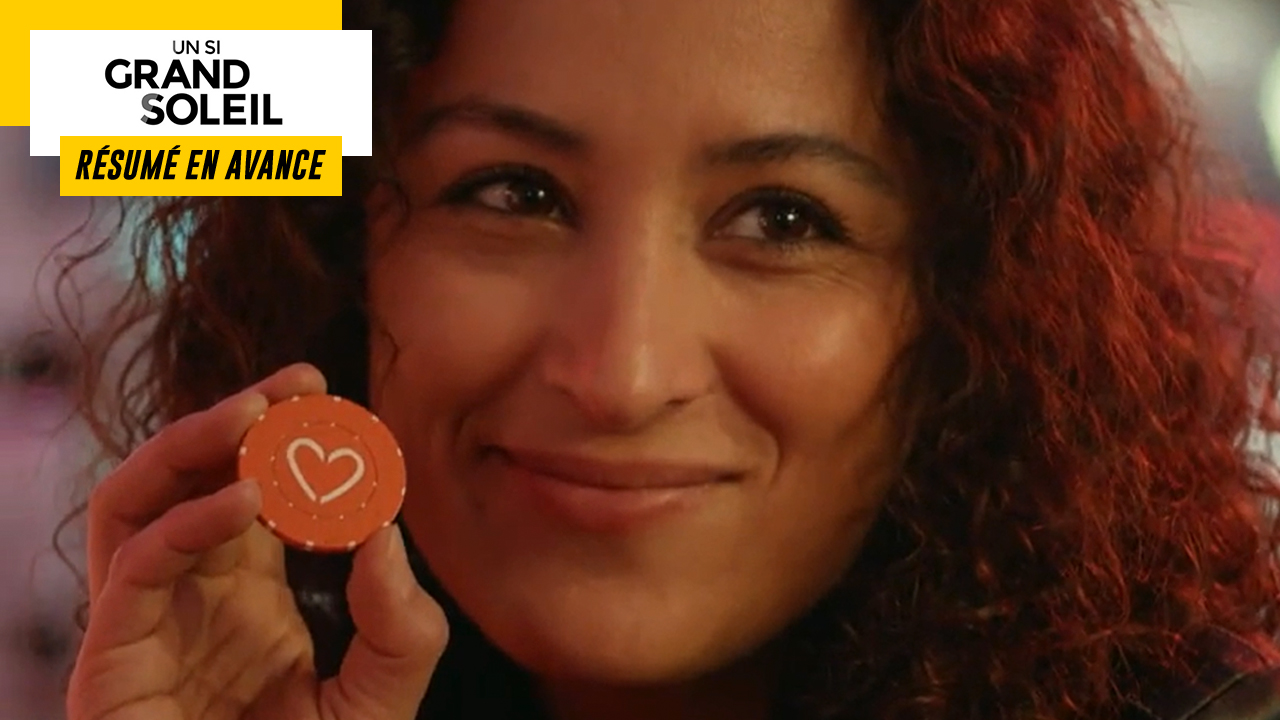 In the next episode of “Un Si Grand Soleil”…While Maxime confesses, Thierry is on the right track.

Thursday, July 7 in such a big sun…

Maxime was arrested in possession of a bag containing the remains of Karine Redon’s body. Questioned by the police, the manager of the sports hall admits having killed the young woman but ensures however that it was an accident. Karine and Maxime had an affair. One evening, the two lovers had a fight and things got out of hand. Furious, Karine slapped him then he pushed her. As she fell, Karine hit her head.

For his part, Hugo has completed the autopsy and delivers his conclusions to Superintendent Becker. The bones found are indeed those of Karine Redon. Following the analysis of the victim’s nails, the medical examiner discovered DNA traces belonging to Maxime. According to him, the couple would have fought and Karine would have scratched her lover to defend herself. In addition, Hugo noted a crushing of the cervical as well as a fracture of the hyoid bone. Karine would therefore have died by strangulation and not by banging her head as Maxime tried to make believe.

Without waiting, the superintendent arrives in the interrogation room and shows the autopsy report to Maxime. With his back to the wall, he half-heartedly confirms having killed Karine because she had refused his advances. He then hid the body in the basements of the Vanitas. A few months later, Maxime and Valérie separated and she sold the establishment to Alix and Virgile. When the latter decided to do some work, Maxime therefore did everything possible to close the Senso. The fire, the social media cabal, that was him.

Maxime admits that he might have acted differently if he hadn’t met Inès. His resemblance to Karine was so striking that it was as if his ghost had come to haunt him. Not having supported it, it ended up twisting.

After his confession, Maxime is brought before the judge.

At the end of the day, Élise summons Monsieur Redon and tells him that his daughter is dead. He bursts into tears.

At the same time, Justine informs Alix and Virgile that the Senso has been sold. A disappointment for Alix. For his part, Virgil ensures that they will bounce back and invest in something else. Seeing the good side of things despite everything, Alix believes that the best thing that has happened to them in this whole story is their meeting.

THIERRY IS ON THE RIGHT TRACK

In the morning, Thierry questions Isabelle Weber about her cleaning lady. Isabelle then remembers the time when Serena had gone to buy cleaning products last Tuesday and realizes that the keys to her showroom were at her house at that time. Thierry then makes her understand that he suspects Serena of having robbed her.

During this time, Ludo confides in Alice because since the disastrous evening of the roommate, he no longer has any news from Jade. For Alice, he should let a few days pass before calling her back but Ludo, who is very upset, decides to stop the charges by explaining that he is not ready for a new relationship. When he receives a message from Jade offering to see him tonight, Ludo is annoyed to see her act as if nothing had happened. However, Alice pushes him to go on the date anyway.

For their part, Manu and Thierry watch the video surveillance images of Isabelle Weber’s house and manage to take a screenshot of the cleaning lady. Shortly after, Thierry goes to Dardel to show him the portrait while Manu contacts the IT department to find the IP addresses of the fake profiles.

Not far from there, Jade joins her accomplice in a bar who talks to her about a new coup but she refuses. Indeed, she is afraid of attracting the attention of the police and does not want to take any risks.

Subsequently, Jade goes to see Ludo on the port. After having presented her apologies to her, she admits that she was not very sympathetic with Lucille. To justify herself, Jade claims to have had a love affair with a policeman but that at the same time her best friend got out of prison. To recover quickly, she went back to plans that weren’t very straight forward, but her companion, who knew about it, put her in danger. So she makes him believe that’s why she doesn’t like the police. Understanding, Ludo forgives her and they finally spend the evening at the casino.

As night fell, Thierry managed to identify three profiles resembling the person they were looking for. Certain that it is one and the same person, Thierry is convinced that they hold their burglar.