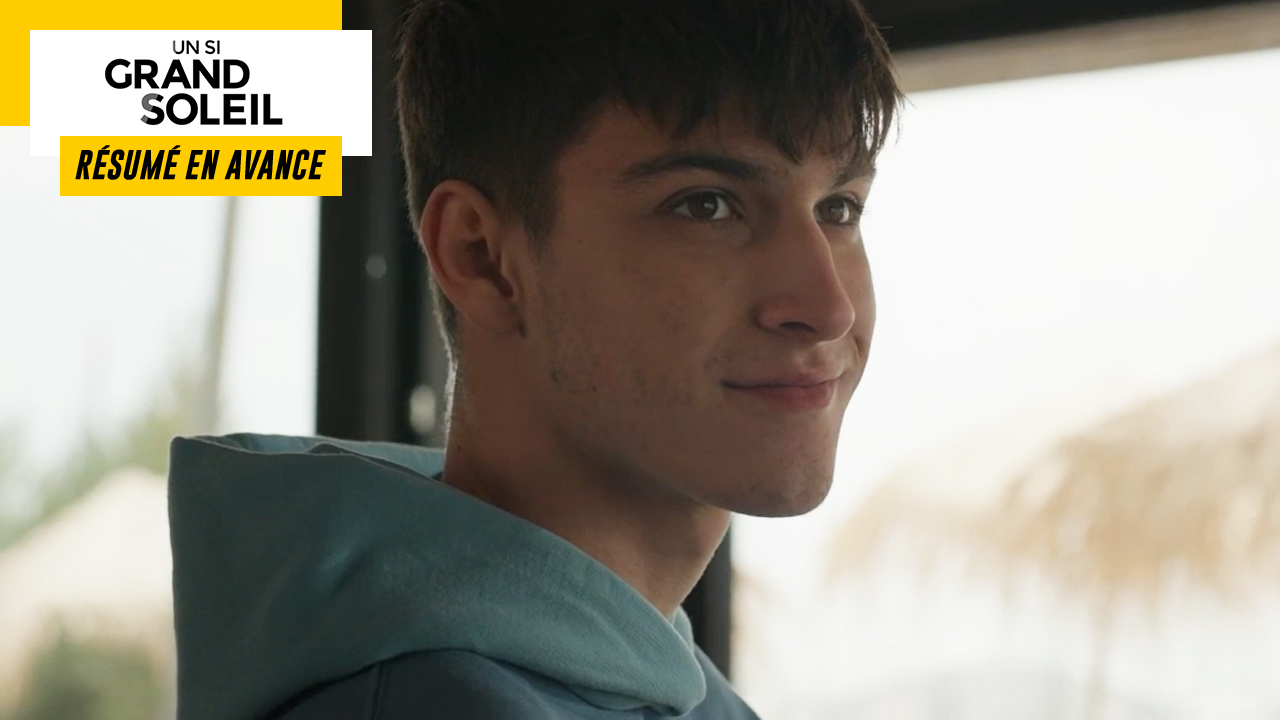 In the next episode of “Un Si Grand Soleil”…While Sabine makes an announcement to Enzo, Gary offers Inès a job. At the same time, a tragedy occurs in prison.

SABINE MAKES AN ANNOUNCEMENT TO ENZO

Dimitri and Sabine spin the perfect love and they do not intend to miss the second chance that life offers them. Happy, Sabine now wants to share her happiness with everyone and decides to talk to Enzo to tell him the good news.

At the end of the day, Sabine finds Enzo at Les Sauvages and tells him that she has just got back together with Dimitri. She then indicates that she was afraid of his reaction to everything that happened but also because of Billie. Enzo then responds that he has turned the page and even says he is very happy for her.

GARY OFFERS A JOB TO INÈS

At the campsite, Inès is taking her first steps in her new role and as much to say that the young woman manages the various problems of the clientele with a masterful hand. For his part, Gary observes his daughter and seems particularly satisfied with his work.

Later, Gary even offered Inès the position of assistant manager on a fixed-term contract. Although touched by his confidence, however, she declines as she has already committed to working as a waitress at a bar next month. Despite everything, Gary urges her to take the time to reflect.

Subsequently, Gary joins Enric and tells him of his disappointment. While he hopes that Inès will eventually change her mind, Enric advises her not to count on it too much.

A DRAMA HAPPENS IN PRISON

Philippe Verneuil and his driver are received in the office of judge Alphand for a confrontation. For his part, the driver affirms that his boss regularly asked him to transport drugs between France and Spain against a certain amount of money which he paid in cash. After swearing that it was false, Verneuil admits on the other hand having paid bonuses to his employees in cash because he received cash from his customers. An element that he had unfortunately denied in his first statement. Florent then tries to regain control somehow, specifying that this does not make him a dealer or a trafficker.

For his part, Enzo receives a call from Aurore. To thank him for being there for her, she would like to invite him for a drink. For scheduling issues, they meet on Monday.

Meanwhile, Carole and Gary are gardening. While working, the father tells him that his daughter works at the campsite and that he plans to offer her the position of assistant manager. In turn, Carole indulges in a few confidences and reveals that she has no family. Indeed, her parents died and she never had children. In complicated times, she admits that she would like to have someone to rely on.

Later, Florent reports to Johanna what happened in the judge’s office and shows concern because this change in version seriously complicates his client’s defense. According to Johanna, he puts too much affect into this affair and she therefore advises him to distance himself.

Several kilometers away, Verneuil returns to his cell where he finds Moreau who has managed to find him a telephone for the sum of 400 euros.

At the police station, the investigation into the attack on Carole Martinez is progressing. According to ballistic analyses, the shell casings found at the scene correspond to a weapon that has already been used in a settling of scores in Spain. As this confirms the version of the driver, Commissioner Becker immediately warns Judge Alphand. While the policeman is convinced that Carole is hiding something, Cécile thinks the same thing about Verneuil.

Not far from there, the driver tells his fellow prisoner that his boss continues to deny the facts. The latter then invites him to let time do its work, certain that he will end up burning himself. Subsequently, the fellow prisoner leaves for his visiting room and then discovers the driver hanged without a cell on his return.

Netflix news: one of the most sulphurous sagas is (finally) coming to an end! – News…

She-Hulk on Disney +: the quirky recap of episode 1 … the one who sees green halfway …