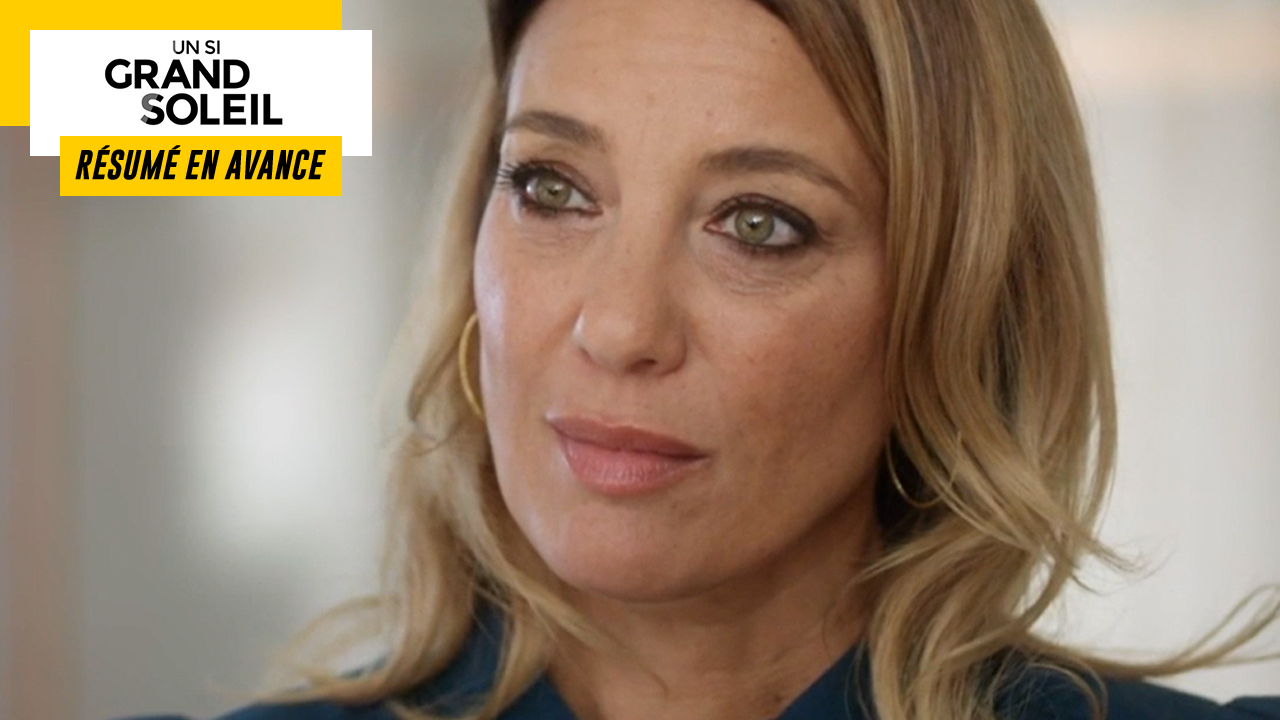 In the next episode of “Un Si Grand Soleil” … While Manu comes out of a coma, Myriam must prove herself at L. Cosmetics.

MANU GETS OUT OF COMA

Manu is still in a coma and Camille, who is very affected by his state of health, would like to stay at his bedside. While Laetitia tries to make him understand that it is important that she continue to live her life, the teenager feels guilty and has no desire to leave her father alone. Arriving in the room to perform treatment on the policeman, Claire promises to call him at the slightest change.

Meanwhile, Marvin is questioned. No matter how much he asserts that he did not shoot Captain Léoni, Alex does not believe him. For his part, his lawyer advises him to provide an alibi for the evening of December 31, but he is reluctant because he does not want the police to annoy the person he was with that evening. It’s the last straw for Alex, who loses his temper and insults the suspect. On the verge of hitting him, the policeman prefers to leave the interrogation room.

Commissioner Becker, who witnessed the scene behind the two-way window, summons Alex to his office to point out that he must keep some distance in this investigation. Even if he admits to having gone a little too far, this one remains convinced of the guilt of Marvin. Without tangible proof of what he is saying, the commissioner instead enjoins him to optimize the time in police custody they have left to obtain a confession before Claudine takes her client out.

At the same time, Steve signs his deposition. As he feels guilty for having trapped his brother, the policeman assures us that he did what was necessary. Back in high school, the young man announces to Camille that his brother has been arrested but maintains however that he is not responsible for his father’s condition.

At the end of class, Eve asks Camille for news of Manu, who informs her that he is still in a coma. During the conversation, the teenager understands that her French teacher is her father’s new girlfriend. Eve then indicates that Manu intended to talk to her about it but Camille cannot help feeling guilty for having ignored all her calls. Faced with her distress, Eve tries to reassure her and gives her support.

For his part, Eliott decided to leave town earlier than expected. He therefore asks Charles for help in getting things out of the territory that could serve as life insurance. To do this, Eliott needs to go through the NGO that sends veterinary products to Africa where his friend works. If he refuses at first, Charles finally agrees to inform him about the departure dates and destinations of the containers.

Not far from there, Élise and Alex go to the hotel where Marvin was on New Years Eve. On site, the concierge confirms that he spent the night in his establishment with a woman. With Marvin now having a solid alibi, investigators must now look elsewhere.

At nightfall, Manu shows signs of waking up.

MYRIAM MUST PROVE ITS L. COSMETICS

At L. Cosmetics, Myriam asks Enric for help to complete an urgent case. For, Gary, her colleague uses her power to get what she wants but Enric tells her that she is now their boss and then advises her to stop her obsession.

Later, Miriam would like Elisabeth to attend her first professional meeting. Although she judges that she no longer needs her, the businesswoman accepts, but only for this once.

Thereafter, Myriam receives a call from Claire who comes to inquire about her. Even though she still hasn’t had her period, Myriam blames it on stress, but the nurse invites her to take a pregnancy test.

At the same time, Elisabeth confides in Alain how happy she is to be able to ease off. Myriam certainly lacks self-confidence, but she is sure that things will go well, even if it means helping her so that she takes on her new duties.

At the end of the day, Myriam looks for a pharmacy but they are unfortunately all closed. Fearing to have fallen pregnant, her mind is elsewhere when she joins Fred for the evening.