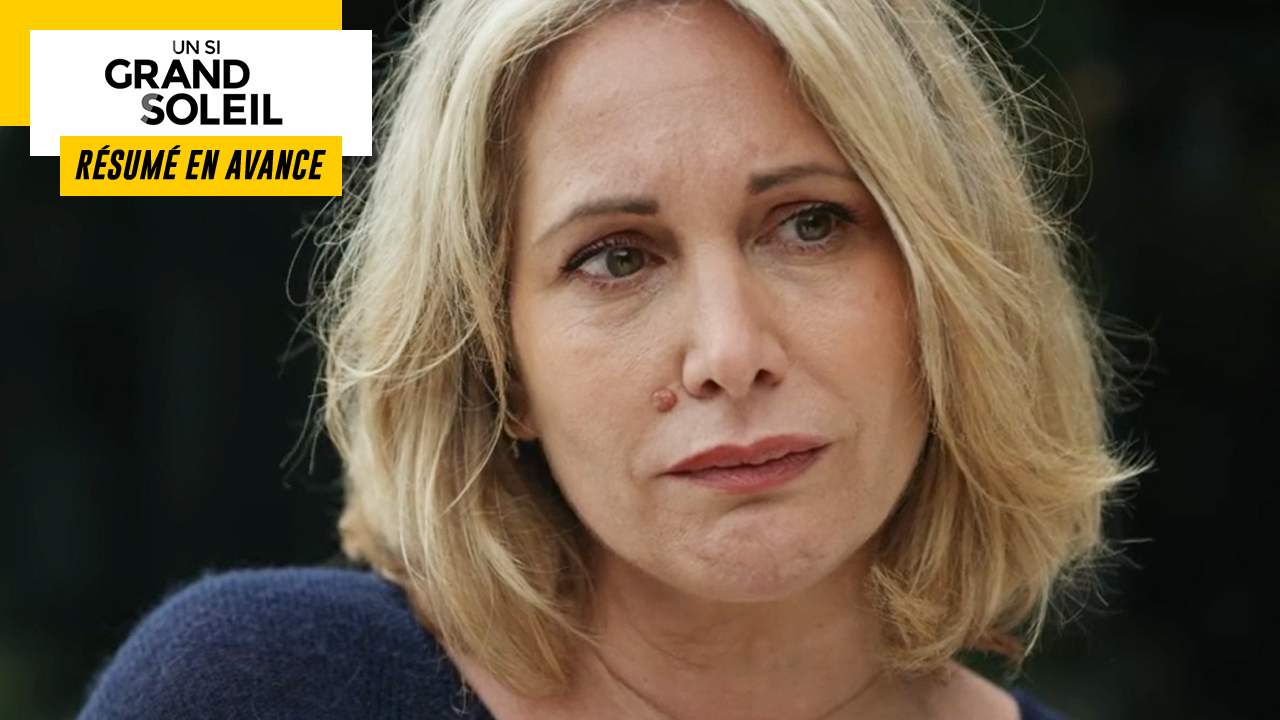 In the next episode of “Un Si Grand Soleil”…While Jacques is unmasked, Victor and Hélène give in to temptation.

Thursday 4 august in such a big sun…

Although he has been granted a payment facility, Jacques cannot make any transfers. Not understanding what is happening, he calls his bank but Laetitia cannot answer him because she is already on a date.

For his part, Marc wants to take advantage of his partner before they have a baby. This is why he offers Myriam a weekend trip to Capri, which she happily accepts.

Later, Laetitia contacts Berthier at L.Cosmétiques to verify that they have a million euro contract with Jacques Mourre. After looking at the email she just sent him, the company’s accountant promises to call her back later, the time to do some checking.

Without waiting, Berthier shows the two contracts to Elisabeth and Myriam. The businesswoman then immediately understands that their client has sent a false contract to his bank to obtain a cash facility. She therefore instructs Laurent to call Jacques’ bank to warn them. Furious, she also intends to file a complaint as soon as possible. For her part, Myriam is upset and would like to wait for some explanations, but Elisabeth tells her that they risk being accused of complicity in attempted fraud and forgery. Moreover, their confidence would not understand that they are waiting. For Elisabeth, Myriam must stop being sentimental and think about the good of the company.

Despite everything, Myriam makes an appointment with Jacques. Uncomfortable, the latter explains that he needed this money because he hasn’t made it since the burglary. Although he begs her to cover him so he can save his farm, Myriam informs him that the bank is already aware and that the company will file a complaint.

Anxious, Jacques calls Léonore and informs her of the situation. Louis’ mother, who is embarrassed, then swears that she will not let him down.

Subsequently, Jacques receives a visit from his son who reproaches him for having used Myriam but above all for having put her in a complicated situation. If he is sorry, Jacques however specifies that he had no choice. And to add that he did this for him and Louis who will inherit his farm on his death. Unfortunately, Marc no longer believes him. As his land means more to him, he summons him to fend for himself then says that he never wants to see him again before leaving the place furious.

VICTOR AND HELEN YIELD TO TEMPTATION

Victor arrives at Hélène’s with a bouquet of roses. Unable to resist the temptation any longer, they kiss. After sharing an intimate moment, Victor and Hélène promise to call each other during the day and then leave for work.

For her part, Claire still resents her father for having defended Hélène but Kira points out to her that he has nothing to do with it before specifying that he supports her. Moreover, he promised her that he would not see her again.

Later, Hélène learns that she has been transferred to the trauma department. Relieved, she announces the good news to David. Even if he will miss her a lot, the nurse says he is very happy for her. Claire, who has heard everything, says she is very eager to see her leave.

Subsequently, Claire joins her father at the straw hut and apologizes to him for being harsh with him. To be forgiven, she invites him to dinner but Victor declines on the pretext of being tired. In reality, he is spending the evening with Hélène. If the latter is afraid that he will disappear from her life, Victor replies that he has no desire to miss out on their story. Indeed, it had been a long time since he had felt so well and said he was ready to manage the situation with his daughter.

Two cops in Miami: how does it end?