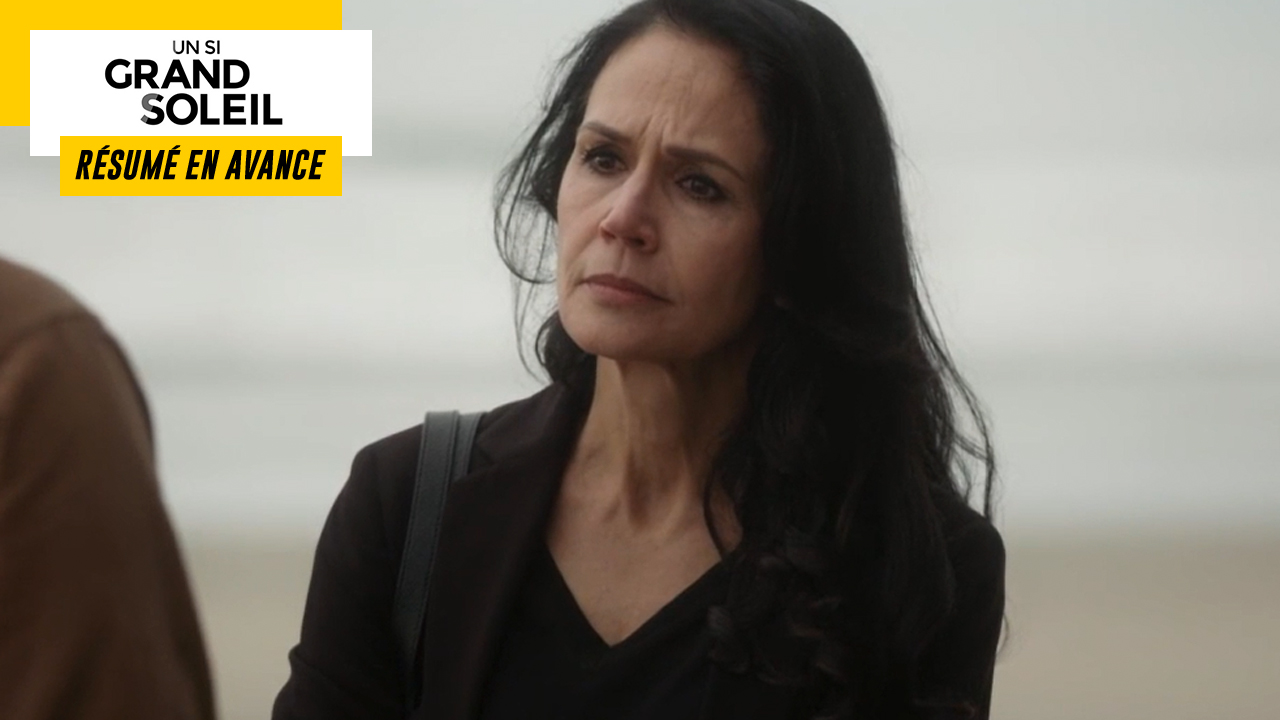 In the next episode of “Un Si Grand Soleil”…While Claudine meets Maxime, Marc and Léonor are not on the same wavelength.

Alix and Virgile spent the night together. After taking a shower, Alix tells her associate that they have an appointment with Céline regarding the work on the spa. However, he cannot accompany her because he must meet the two security guards who will provide security for their masked party the next day.

On their side, Yann, Elise and Becker take stock of the investigation. Unfortunately, no fingerprints were found on Sofia’s van or in the Senso’s kitchen. Certain that they are dealing with an amateur, Becker orders Yann to go through the list of Senso members.

Not far from there, Sabine and Maxime are having lunch at the hut when Claudine joins them. The math teacher then hastens to make the presentations. As Maxime has the impression of having already met her somewhere, Sabine tells him that her mother is a lawyer and that she takes care of the Senso. Maxime therefore seizes this opportunity to find out if the police have succeeded in making a link between the fire, the accident and the rumours. However, Claudine is particularly cold towards him and refuses to answer him.

Meanwhile, Gary and Inès are eating ice cream by the sea. When Gary offers her a job as an assistant manager at the campsite, the young woman declines, preferring to continue working at Senso.

At the end of the day, Alix receives a call from her ex-husband. Indeed, the latter was summoned to the police station for questioning. Already having a lawsuit on his hands, Bertrand no longer wants to be involved in her stories and even less to have to deal with her.

At the same time, Claudine takes advantage of working on a file with Johanna to question her about Maxime. If she does not know him very well, Johanna ensures on the other hand that Sabine is happy with him. Only, Claudine found him odd and has the feeling that something sounds wrong with him. She therefore hopes that her daughter is not falling in love.

MARC AND LÉONOR ARE NOT ON THE SAME WAVES

In high school, the principal informs Marc and Léonor that the disciplinary council has decided to exclude Louis for a period of five days. As Léonor complains about the duration of the sanction, the principal points out that they could have lodged a complaint then specifies that at the next serious fault, the teenager will risk definitive exclusion.

When the principal declares that Louis needs special attention and that it is essential to impose limits on him, Léonor, who is annoyed that her son is made to pass for a delinquent, takes his things and leaves. go.

Later, Marc criticizes his ex-wife for having provoked the principal and then points out that their son must realize that his actions have consequences. Only, Léonor considers that a week of exclusion is an excessive decision for a simple accident. According to her, the system is the problem, not Louis. Quickly, the tone rises between them.

At the same time, Kira tells Sabine how unfair she thinks Louis’s punishment is. Indeed, the teenager thinks that her friend needs support, not to be punished. Sabine therefore explains to him that he must see this as an opportunity to pull himself together.

At the end of the day, Louis arrives at Kira’s to pick up his lessons. After thanking her, he confides that he deserves what is happening to him. Even if she recognizes that he went a bit too far, she says he’s better than that.

Subsequently, Louis joins his mother but is not very talkative. In order to avoid talking about family problems, Léonor tries to find out if something is going on between him and Kira. Louis then replies that she is only a friend.