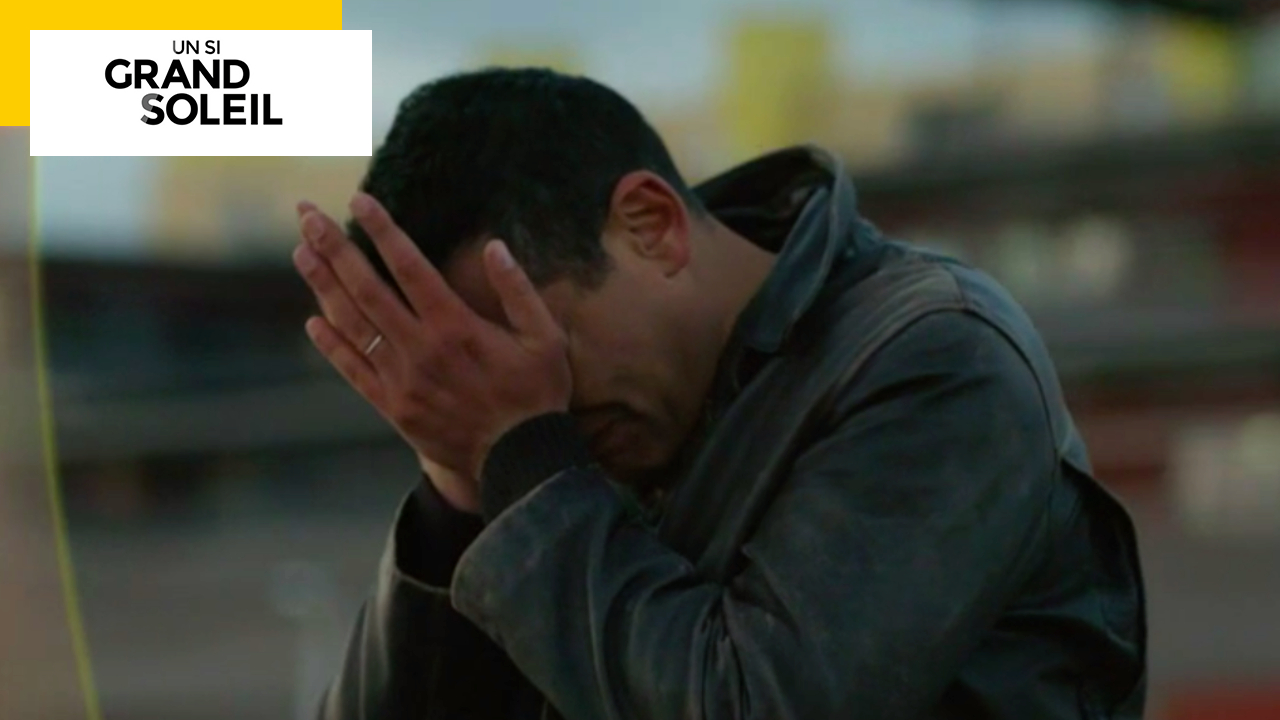 In the next episode of “Un Si Grand Soleil”… While Mo decides to break up with Enric, Claire is summoned by judge Alphand to testify against Janet.

Saturday, February 12 in Such a big sun…

Mo breaks up with Enric

Lucille and Akim arrive in time to save Mo. In order not to arouse suspicion, they release Joel who assures them that he is not Mo’s burglar. Lucille confides the whole story to Akim. Mo tells Enric that it’s over between them, she doesn’t love him anymore. Enric collapsed.

Arrived at the hotel, Akim and Lucille find the room where Mo is sequestered by Joël, who hits her so that she reveals to him where the money is hidden. Akim manages to enter the room and manages to stop Joel. Mo then asks him to explain everything to him. The escort reveals to him that after their night spent together, Mo, tipsy, gave him a wad of cash, and Joël suggested that they meet again. Having confided in him, Joël managed to easily find his trace and provoked a chance meeting in front of the school.

But realizing that Mo didn’t remember their night together, the escort made her believe it was love at first sight. Mo is furious: she accuses Joël of breaking into her home and hitting Enric. But the man swears to him that it was not about him.

As Akim prepares to take Joël to the police station, Lucille stops him and asks him to let him go. Joël promises them not to make any more waves and leaves the place. Mo thanks them both for coming to her aid and leaves as well.

Akim then asks Lucille why she let the escort go. The young woman confesses to him all about the bag of tickets found next to David, Mo and her the day after their evening, and that they still do not know who owns it. Akim advises Lucille to return the money, but she hesitates because this sum could help them both. In the distance, a man watches her…

Back home, Mo finds Enric. She admits to him that he was right: her lover was indeed a crook and she apologizes to him, convinced that he was also the author of her attack. But while Enric wants to turn the page on this story and move forward with it, Mo starts to cry. She admits to her companion that she no longer has feelings for him, and that everything is over between them.

Upset, Enric leaves the apartment and goes alone to the beach, where he bursts into tears.

Summoned to Judge Alphand’s office, Janet, having chosen Guilhem as a lawyer, retraces the conditions of the death of Karine Bouvet, who died of anaphylactic shock following anesthesia, and who could not be resuscitated. According to her, the patient’s operation went very well.

Cécile asks her why Karine took so long to react after the anesthesia. Janet replies that the body can take some time to react, and that this reaction is all the more difficult to anticipate when the patient has never had an operation before.

Cécile then reveals to him that Karine’s mother’s lawyer indicated that a prescription for penicillin signed by her hand had been prescribed in her file, and asks her why it disappeared. In shock, Janet assures that she never made this prescription.

Judge Alphand then seeks to know if Janet could have made a mistake, which would have caused the anaphylactic shock which killed Karine Bouvet, before making the order disappear. Guilhem then intervenes by asking the origin of this accusation, but Janet understood that it was about Claire.

At the same time, Claire enters the office, summoned by the judge for a confrontation with her superior. She then repeats having seen the prescription while passing in front of Janet’s office to drop off her schedule. Upset, Janet loses her temper and accuses Claire of lying.

Claire claims to tell the truth, and to have taken care to speak to Janet about it before testifying in order to have the heart net. The judge thanks them and puts an end to the confrontation. Back with Claudine, Karine’s mother’s lawyer, Claire tells them that Janet denies having signed the order. Madame Bouvet thanks her for her testimony and the risks she takes, to which the nurse replies that she deserves to get the truth.

Later, Cécile Alphand explains to the prosecutor that each of the parties seems sincere and remains on their position. Bernier then suggests that he ask for the exhumation of Karine Bouvet’s body in order to have an autopsy performed, which would make it possible to know if her death was indeed caused by penicillin.

Cécile takes stock with Bernier and tells him that everyone is sticking to their positions. It’s word against word. Bernier asks his opinion. She believes that they are as sincere as each other and nothing justifies today that they are at war. They got along very well.

Back home, Janet confides in Clément about the situation. While she admits to him that she does not understand Claire’s attitude, she realizes the presence of Sabine and Enzo, Clément’s grandson who currently lives with Claire and his companion. She stops, but Enzo heard part of what she was saying.