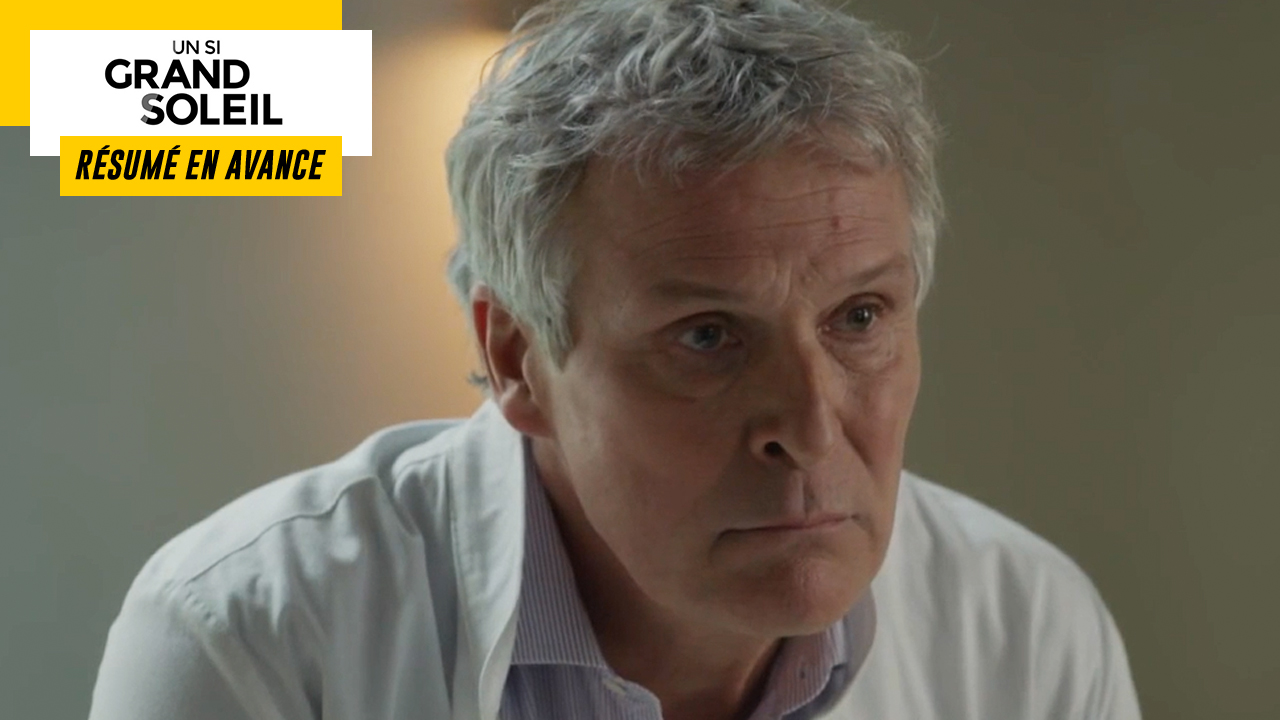 In the next episode of “Un Si Grand Soleil”…While the nightmare continues for Yasmine, Elisabeth recovers some of her stolen items.

THE NIGHTMARE CONTINUES FOR YASMINE

Thanks to Florent, Anissa realizes that Leo was manipulating her from the start and regrets having been so naive. During this time, Dylan blames himself terribly for not having listened to Antonin but above all for having trusted Leo. Gérald then tries to reassure him and says he is certain that things will eventually work out for Anissa.

For his part, Driss, who fears for the lives of his mother and his sister, explains to Lieutenant Cross that Erwan has accomplices inside but also outside the prison. Unfortunately, he has no name to give him.

Not far from there, Commissioner Becker informs Judge Alphand that they have found traces of Kim Lelong’s DNA in Gérald’s premises. Yasmine was therefore telling the truth. The fadettes of her mobile phone also show that the mother of the family had been receiving hidden calls for several months. However, these elements are too weak to link the investigation to Leo’s death and the police must therefore find Erwan’s accomplice to exculpate Anissa.

Subsequently, Becker joins Yasmine and tells her that she is free for the moment. However, she risks being indicted for hiding Kim. For her part, Anissa is brought before the judge. Although Florent tries to demonstrate that his client is not linked to Leo’s murder, judge Alphand still decides to indict Anissa for manslaughter. Anissa then bursts into tears.

ÉLISABETH RECOVERS SOME OF HER STOLEN ITEMS

Thanks to her connections, Claire managed to find certain objects stolen from Elisabeth. As she will have to buy them back, the nurse offers to negotiate for her. The businesswoman accepts but would like to know how the burglars were able to thwart her security system. Even if she does not guarantee anything, Claire promises to find out.

At the same time, Arthur would like to live with the woman he loves and offers Jennifer an apartment. Insofar as Arthur must resume his studies at the start of the school year, the two lovebirds are perfectly aware that they will not be able to live on the salary of the nurse. Adamantly refusing to be supported by Arthur’s family, Jennifer wants them to fend for themselves.

Later, Claire meets José. After retrieving Elisabeth’s belongings, she seeks to find out how the burglars got to her former mother-in-law’s house. José then clarifies that he works with a gang of crooks who prey on the rich.

At the hospital, David tells Hélène and Alain that one of his friends was recently robbed because he was posting all his life on social networks. Worried, Alain asks David to follow him to his office and shows him his Facebook account where he has posted many photos of his house. His account being public, malicious people can access it and obtain vital information about his life. The doctor therefore realizes that it is his fault that they were robbed. Angry, he decides to delete all his publications.

Elisabeth has meanwhile recovered some of her belongings. When Guilhem asks her how she got them back, she claims to have found them in a flea market.

Afterwards, Arthur returns home to collect some belongings and scolds his grandmother for doubting Jennifer. He then makes her promise to make efforts in the future.