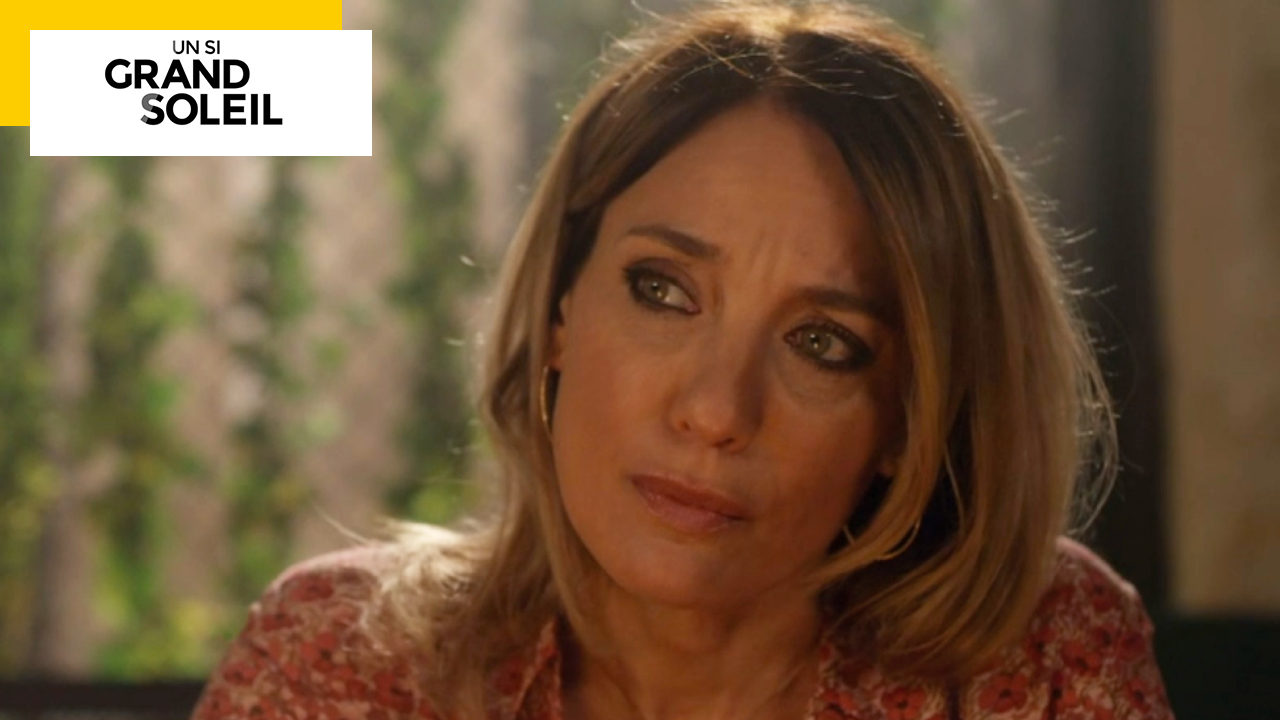 In the next episode of “Un Si Grand Soleil”… While David, Mo and Lucille are temporarily off the hook, Justine reveals to Eve that she has teamed up with Virgile and Alix to set up a libertine club.

Attention, the following paragraphs contain spoilers on the episode of Un Si Grand Soleil broadcast Friday evening on France 2! If you don’t want to know anything, don’t read on!

Friday, February 18 in Such a big sun…

The police manage to arrest the man who was holding David hostage and take him to the station. During his interrogation, he reveals that Jérôme Leclerc, his cousin, was a robber, and that the amount of money he had came from the breakage of a supermarket. On bad terms with his cousin, the man, named Simon, explains that he wanted to recover the sum that disappeared after Jérôme’s death because, being his sole legal heir, he felt that it was rightfully his.

He then tracked the last people who had been in contact with Jérôme before his death, starting with David, his caregiver, who then put him on the trail of Mo and Lucille. Following these confessions, the bag of tickets was seized by the police. Alex and Yann imprison Simon, understanding that they are dealing with a family of robbers.

Relieved after the arrest of Simon, David, Mo and Lucille, who can finally leave the hospital, will however have to go before the judge because they are indicted for concealment: they will have to explain why they chose to conceal and to keep so much money for so long. Akim, meanwhile, is exonerated by Becker because his testimony helped put the police on Simon’s trail and solve the case.

Read Also:   Here it all begins: what awaits you in episode 6 of Monday 9 November 2020 [SPOILERS]

Back home, Mo reveals to Enric that her troubles are over. The latter points out to her that she hasn’t felt the need to confide in him about her problems lately. Mo replies that the fact of not having felt the need marks the end of their relationship. Enric then announces to him that he has started looking for another accommodation.

Eve has a meeting in a café with Justine, whom she has not seen since their brief affair. The businesswoman apologizes for not having heard from her earlier, because she would like to continue seeing her. But she quickly reveals to Eve the real reason for their interview: she is going to join forces with Virgile, her ex-companion, for a professional project, and would like to know if he is trustworthy. Eve reassures her: Virgile is a solid partner when it comes to work.

She asks Justine what their project is about, and Justine explains to her that it’s about setting up a top-of-the-range libertine club in Montpellier. She adds that their partner, Alix, finds Virgile very to her liking and risks making short work of it. In front of Eve’s disconcerted expression, Justine asks her if she is jealous and still has feelings for him. The teacher kicks in touch, arguing that this project does not resemble her ex at all.

When she finds Manu in the evening, she tells him that Virgile is going to go into partnership with a certain Alix, and asks him if he has ever heard of her. Disconcerted, Manu confirms that Virgile had indeed called him a week earlier to ask his opinion on her, but he had no idea that he intended to do business with her.

Read Also:   Marvel: which films and series to catch up with before Doctor Strange 2? - Cinema news

He immediately calls Virgile back to warn him about his new partner: according to him, Alix is ​​a shark, and he risks getting into trouble. But Virgile, who has just celebrated the acquisition of a place for their future club with Justine and Alix, does not hear it that way. Going to the land of the property with the latter, he reveals to her that Manu warned him not to work with her. Fueled by this prohibition, they make love in the villa, betraying their resolution not to sleep together as partners.