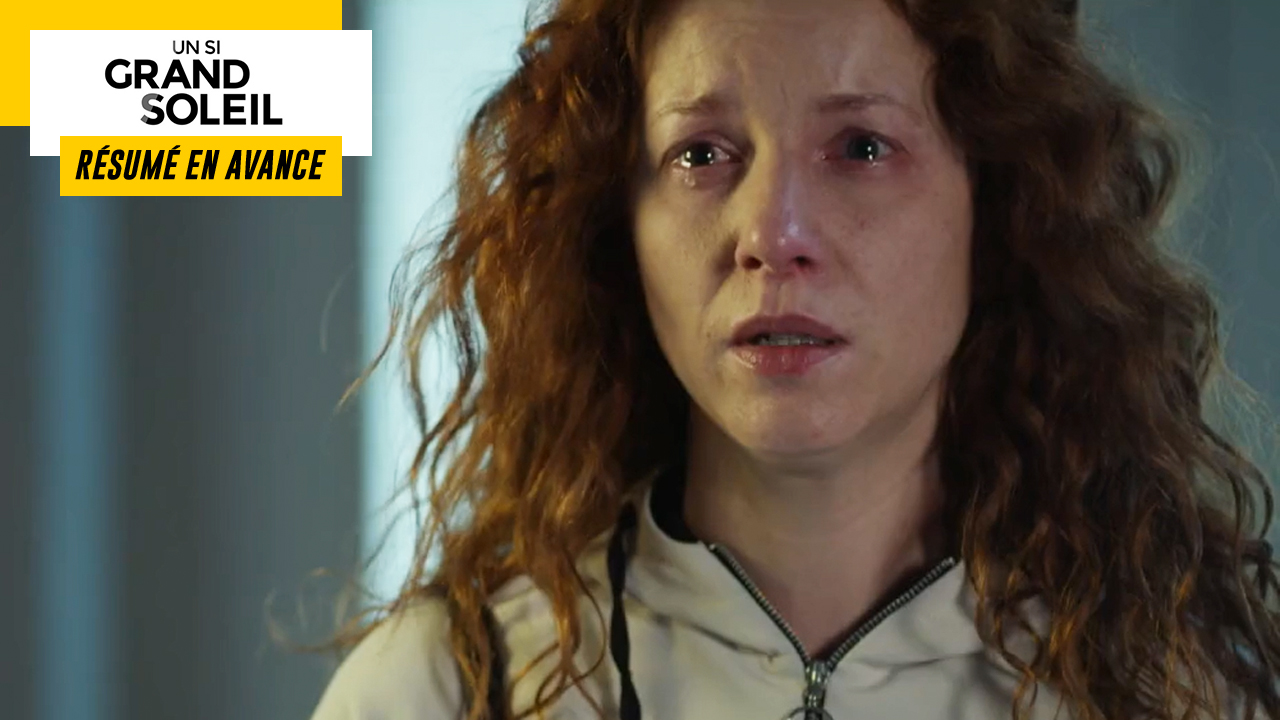 In the next episode of “Un Si Grand Soleil”…While Doctor Alphand announces good news to Sofia, Claire blossoms in her new role.

Élise was shot and wounded. Although paralyzed by the scene that has just taken place before his eyes, Akim regains his senses and immediately calls for help.

Gaëlle and Pauline fled in the laundry truck and found Mathieu, their accomplice, a few kilometers away. However, seeing Gaëlle, the latter refuses that she comes because it was not part of the plan. Pauline then points out to him that she saved his life.

The next morning, Sofia arrives at the hospital where Akim tells her what happened. Shortly after, their discussion is interrupted by Doctor Alphand who comes to bring them good news. Even though she was shot in the shoulder, no vital organs were hit and Élise should therefore recover quite easily.

Meanwhile, the police have found the truck of the fugitives and Becker asks Manu to transmit the reports of Pauline and Gaëlle to the border police.

Not far from there, Christophe makes Cécile believe that he must go to a stud farm to help a mare give birth. In reality, the veterinarian joins Mathieu, the accomplice of the two fugitives, who pays him to treat Pauline. Christophe therefore operates on the young woman with the assistance of Gaëlle.

For his part, Manu informs Alex that one of the two inmates who escaped is none other than Gaëlle. Inevitably, Alex blames the blow.

Akim keeps reminiscing about the shooting scene. He then confides to Manu how badly he saw the situation but above all how guilty he was for not having arrested the two fugitives. The captain therefore assures that he did the right thing before specifying that all that matters is that Élise will be fine.

At the same time, Christophe managed to remove the bullet and stop the bleeding. However, Pauline has lost a lot of blood and needs intensive care. This is why he explains to Mathieu that she must go to the hospital. Furious, Mathieu summons him to do what is necessary to keep her alive. He then warns him that if she goes there, so will he.

CLAIRE FLOURISHES IN HER NEW DUTIES

Since she became a private nurse, Claire works a lot but is happy. As she does not work until 2 p.m. and Florent either, they take advantage of this little moment of calm alone together. As they prepare to share a moment of intimacy, Hélène rings the doorbell. Indeed, Claire had forgotten that she had invited her friend for coffee. Annoyed, Florent decides to go back to work.

Later, Claire tells Hélène that she feels free in her new role, more fulfilled and that she finds it nice to finally have time for her patients as well as for her family. If Hélène is happy for her, she regrets on the other hand not seeing her as often. During the conversation, Claire offers to accompany her to the inauguration of the Senso. While she rejoices at the idea of ​​spending an evening with the girls, Hélène retracts when she learns that Florent will also be there.

Later, David asks Hélène for permission to be absent from the hospital for two hours. As she refuses, the nurse makes her believe that he has an important administrative appointment to settle his financial situation. Only, Hélène gets angry and urges him to stall it outside of working hours.

For his part, Florent tells his companion that he will have to go to Toulouse for an audience and that he will therefore not be present for the inauguration of the Senso. An announcement which is not so bad for Claire since it will allow her to spend the evening with Hélène. Indeed, the nurse feels that her friend is not in good spirits at the moment and thinks that this evening could do her good.

Two cops in Miami: how does it end?