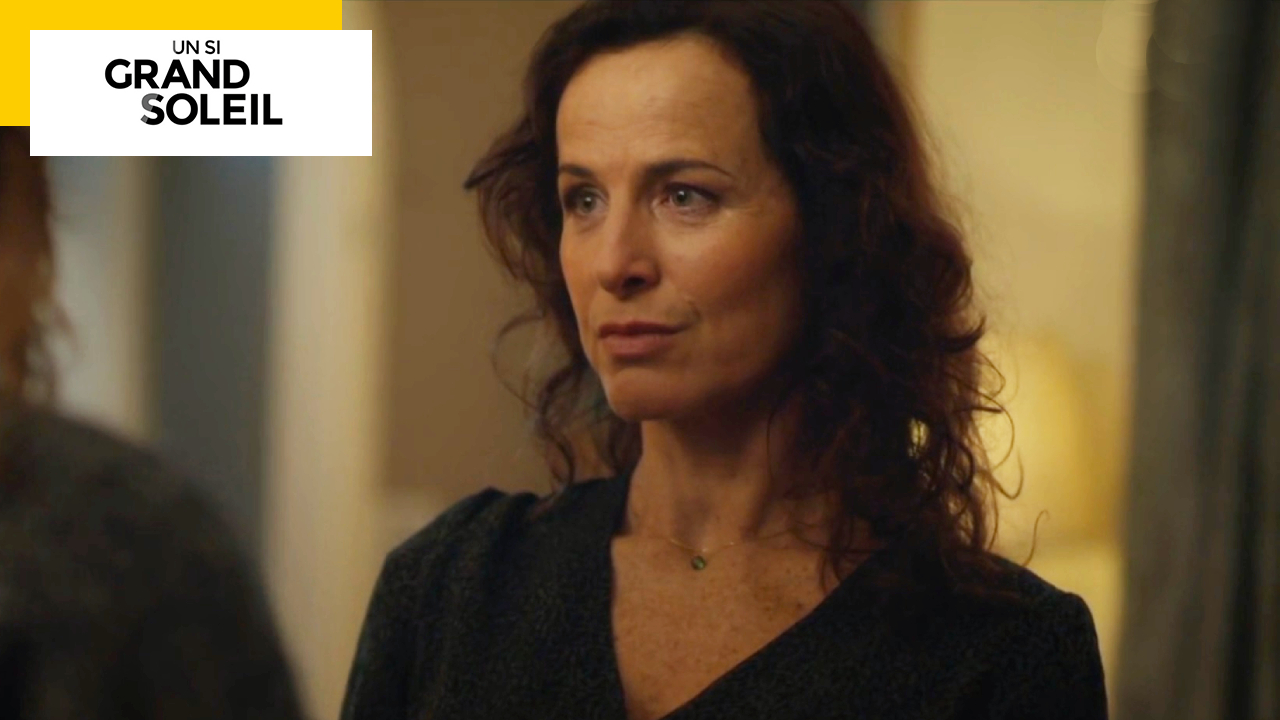 In the last episodes of the soap opera, Claire sees her life turn into a nightmare while Hélène insidiously interferes in her life. New to the series, Sophie Le Tellier tells us more about the motivations of the nurse.

You have been one of the new faces of Si Grand Soleil since last year. How was your arrival in the series? Did you know that your character was going to become recurring at the time of casting?

Sophie Le Tellier : Not at all. We met with Toma de Matteis (the producer of the series, editor’s note) several times on other projects, and he wanted me to be part of the Un Si Grand Soleil adventure. And he’s someone who talks: whether it’s months or years later, when he promises something, he does it. So he offered me to join this adventure, but I had no idea what was going to happen to this character.

I didn’t know if it was someone sunny, nice or dark… The only elements I had was that it was someone we wanted to slowly inject into the series. for viewers to get used to him, eventually get attached, and I knew he was going to evolve me, but I didn’t know in which direction. It’s true that we discover ourselves the evolution of our characters as we write, and that often we play without really knowing what they will become, like in real life! (laughs)

It’s true that when we discover Hélène during her first scenes in the hospital, she seems rather solitary, entirely dedicated to her work… She seems difficult to define.

We don’t know anything, and neither do I! It’s true that at first it wasn’t easy for the construction of the character, I was wondering about her… And then I said to myself that I was going to let myself be guided, and I brought what seemed fair and coherent to me without projecting anything since I did not know the characteristics of this character.

And at the same time that I find it very playful, this multi-faceted side of the characters that we embody. I find it very interesting to play characters like that, a little hollow, sinuous, darker… It’s more fun for an actor than a nice smooth character. I also love playing characters who are far from me: very tough, sure of themselves, determined… I always try to put a touch of humanity into them, and try to redeem them.

Hélène has somewhat uncontrolled temper tantrums, where she herself does not understand what is happening to her. In the weeks to come, you will witness real freakout moments, where Hélène will be hysterical. Behind the madness of this character, there was plenty to play with. It was very amusing to be able to show disturbing moments, very dark, then solar, joyful… I was really able to have fun with this character.

When Hélène begins to be obsessed with Claire, to the point of interfering in her life and becoming malevolent, what did you say to yourself about her motivations?

In Hélène’s head, she acts for the good of Claire. For example, she attacks Janet directly, because Claire works too much and Janet puts her under pressure. The only solution that Hélène finds so that she takes a break is to harm her boss… All the things she does are under the guise of “doing good.”

To the point of going much too far, especially when Claire is drugged with Senso and Hélène decides to tamper with her toxicology results at the hospital…

It goes very far. After the GHB hit, Hélène is going to do barge stuff! She totally twisted at that moment, the character swung into real madness. She let herself be overwhelmed by it all. There is a distortion of reality, and she finds herself in a kind of spiral, of things that she does without being aware of it. It made me have all the more fun because I could do things that were pretty bombastic, even extreme, under the guise of madness.

Oh they hate me! I piss people off a lot.(laughs) But it doesn’t affect me, it amuses me on the contrary, and it’s much funnier to play. We had a lot of laughs with Melanie Maudran, even in scenes that are sometimes a little hard to shoot and not funny at all… I love it! I like to work in a relaxed and good mood.

It’s very pleasant to work on this series, the organization is incredible: there are four sets a day, four directors a day, an incalculable number of technicians, actors… And despite all that, we are really treated kindly. I am very happy to be part of this adventure. Maybe my character will disappear in six months, but in the meantime I’m enjoying what’s happening day by day and I’m having a lot of fun.

Where can we see you next, apart from Un Si Grand Soleil?

I’ve also been on another series for three seasons, Alexandra Ehle, where we shoot several 90-minute episodes every year, and we’re just shooting two at the same time. I’m also doing an episode of Agatha Christie’s Little Murdersand I participate in the series The traveler in which I play a small role. My weeks are a bit busy at the moment… I spend my life on trains! But I see how complicated it is for some friends around me, so I’m not complaining about having work at the moment. I also know that the wheel turns, so I enjoy it while it lasts.