Un Si Grand Soleil: “Alicia is capable of anything” according to Muriel Combeau 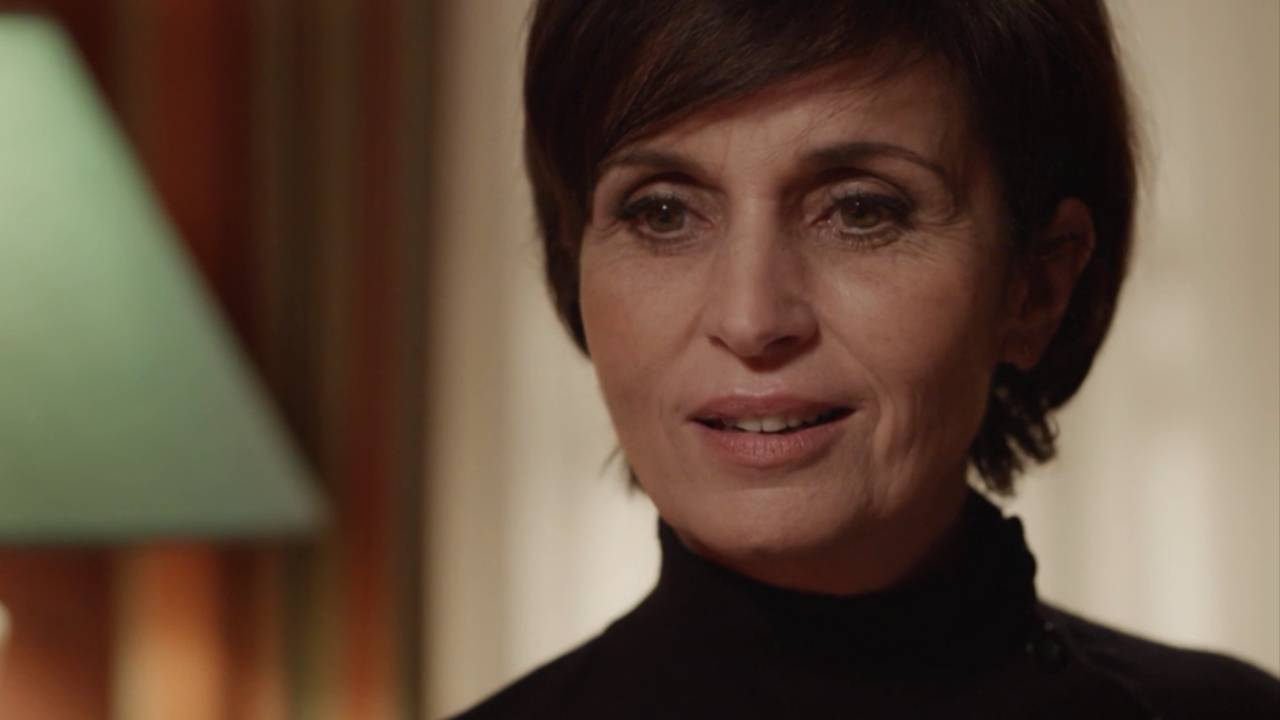 Alicia Boisseron has made a remarkable entrance as a powerful businesswoman. Muriel Combeau, his interpreter, returns for us on his arrival in “Un si grand soleil” and on what awaits him in the next episodes.

Speaker: You have just joined Un si grand soleil, in the role of Alicia Boisseron, a notable suspected of tax evasion. How was your arrival on the series?

Muriel Combeau : I was received wonderfully well. The teams are really very nice. The people are welcoming, kind and attentive despite the pace of work. The actors with whom I worked, whether Stéphane Monpetit, Montaine Frégeai, François Le Guen and Emma Colberti, were wonderful. I already knew Yvon Back because we had performed together in a play that I had written. This very warm welcome surprised me a lot because it’s a big machine and I expected it to be more complicated. You should know that I shot during confinement, the conditions were specific since everyone had to be back in their hotel room in the evening. But despite that, everyone was nice, from the stage manager, to the directors and the people working in the canteen. I spent two months exhausted but happy.

What did you like about the role of Alicia?

Its complexity. It’s true that I have a lot more fun with characters who don’t quite fit the mold, who aren’t quite correct, honest and who aren’t necessarily likeable. I like these characters there. They actually amuse me more. I like to play in general but the characters that we love to hate are the ones that I prefer. You can’t say that Alicia is a commendable woman and that’s what I like. It allows you to explore a lot of things and it’s so jubilant.

How did the shoot go with your playing partners who play Sam and Eliott?

Playing with Stéphane Montpetit was a treat. With Montaine Frégaie also. It was truly a gift. Stéphane is a wonderful partner and an actor that I find amazing. I hope we will see him in many other things because he has a crazy potential.

In the current plot, we imagine that Alicia will eventually understand that Eliott is working for the prosecutor. How will Alicia react when she finds out about her son-in-law’s betrayal?

It can all happen. She could kill him as well as have him imprisoned. Alicia is capable of anything, especially as she is a woman who has lots of contacts.

As Eliott is falling in love with Sam, could Alicia use her son-in-law’s feelings to secure her back?

She could actually just like she could try to seduce him. Everything is possible.

While Eliott tries to bring her down, the police have not said their last word either since they have just arrested Hervé Croizille. How will Alicia get out of this deadlock?

All I can tell you is someone is going to try to put a damper on her, but Alicia is a real crocodile. We’re not going to handle it that easily.

We know that Alicia was André’s mistress while he was married to Eve. Now that the two women are brought together, they will probably want to settle their scores. What can we expect about the future of their relationship?

It’s not the crazy love between Eve and Alicia. With Emma Colberti, we had two totally different ways of approaching the situation. Eve is raw but Alicia does not hold it against her that they shared the same man in the past since ultimately it is she who won the love of André (Olivier Soler). It’s going to be a group fight between them and for sure they will not become the best friends in the world.

An interesting point with your character is that Alicia is the only one with Eliott to see visions of André. Can we hope to understand why they are the only ones to receive his apparitions?

It’s not explained in the script but I think it’s those who liked it the most who have visions of André.

Is Alicia going to settle permanently in Montpellier and can we hope to see you repeatedly in the series?

I came for a single plot. It was a wonderful but lightning passage. I did not think I would enjoy myself so much in this context because these are crazy working conditions. It’s a hell of a rhythm and we can really take our hat off to those who have been there from the start. I think you put any actor who only does movies in there, he doesn’t last two days. About me, it’s a story that ends. It was a great adventure but with a fixed time.

Despite the particular context, do you have other projects outside the series that you can tell us about?

I shot in Slalom, a masterpiece by Charlène Favier which was selected at the Cannes and Deauville festivals. It’s a gem on sexual abuse in sport. The film was due for release at the end of 2020 but we are still awaiting a release date. I have also just shot the first feature film by Lauriane Escaffre and Yvonnick Muller with Karin Viard and Grégory Gadebois. I also had a project at the theater for a play edited by Eric Théobald but it is on hold for the moment. The government has chosen to open certain places instead of places of culture, while we do not sing in cinemas. It is shameful that we are closing cinemas and theaters because we have done everything to make it viable in terms of health.